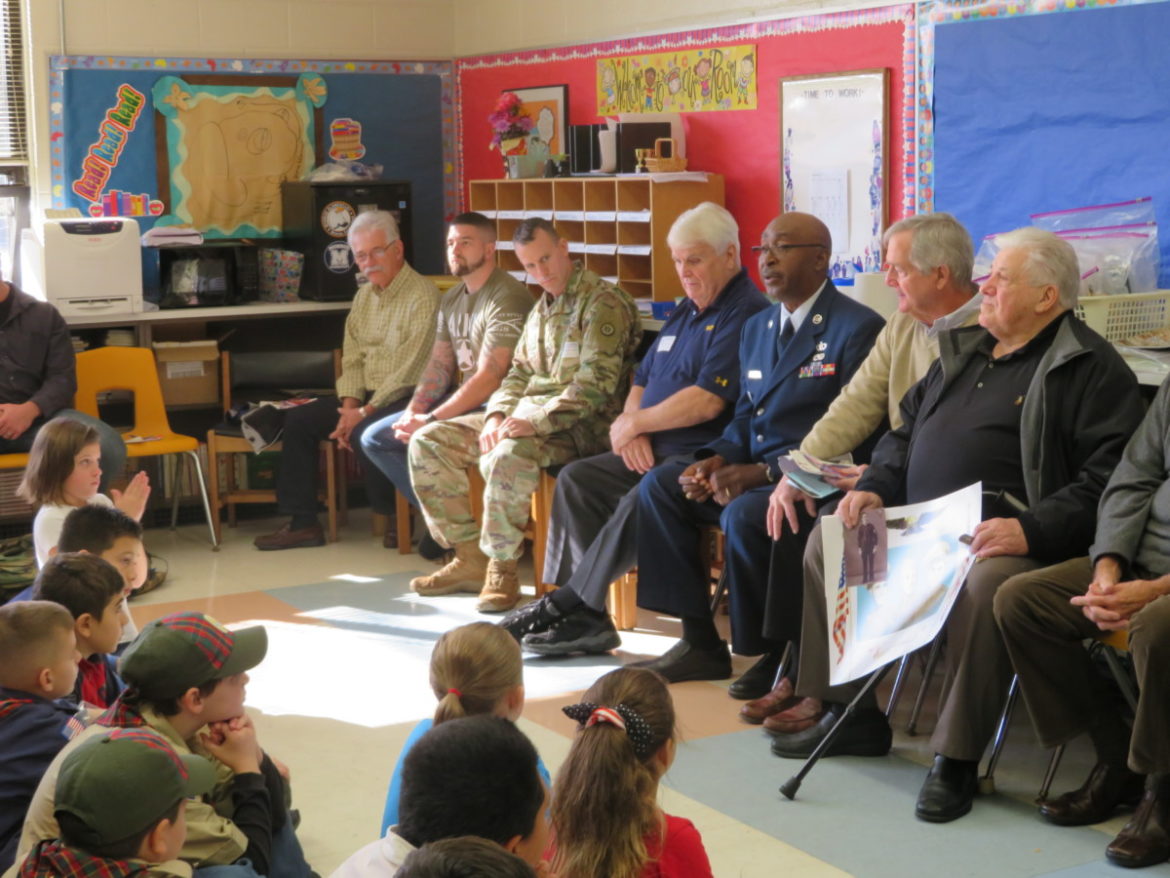 Veterans shared stories of their experiences with fourth-graders during an assembly at Monroe Elementary School Friday morning and answered students' questions.

Monroe Elementary School’s fourth grade class serenaded family members, who are former and active members of the U.S. armed forces, with patriotic songs during a Veterans Day assembly at their school Friday morning.

The veterans socialized together over coffee, posed for photos with students and shared stories and answered questions in the classroom.

Brothers, Joseph and James Bender, attended the assembly for Joseph’s grandson by the same name. Joseph served in the Army in Vietnam from 1967 to ’68 and James was in the Air Force for four years.

“I thought it was excellent,” Joseph said of the children’s performance in the auditorium. “I like a lot of the military songs. My grandson was singing. Just coming to something like this and seeing the kids, it brings back a lot of memories.”

“I had tears in my eyes at one point,” James said. “It made me feel good to be a veteran. When they did Lee Greenwood’s song, ‘God Bless the USA,’ I lost it. Unfortunately, we were there at a time when Vietnam veterans weren’t appreciated, but this makes up for it.”

Mike Mangan is serving as an Army sergeant. His 18.5-year military career includes tours in Iraq totaling 18 months. Mangan accompanied his friend Andrew Iagrossi, who was an Army sergeant serving locally in the Reserves from 2006 to 2014.

Iagrossi was there for his two children, Shane and Riley, both nine.

“It’s great,” he said. “I did this once for them four years ago. I love it. It’s good. It’s a very patriotic school.” 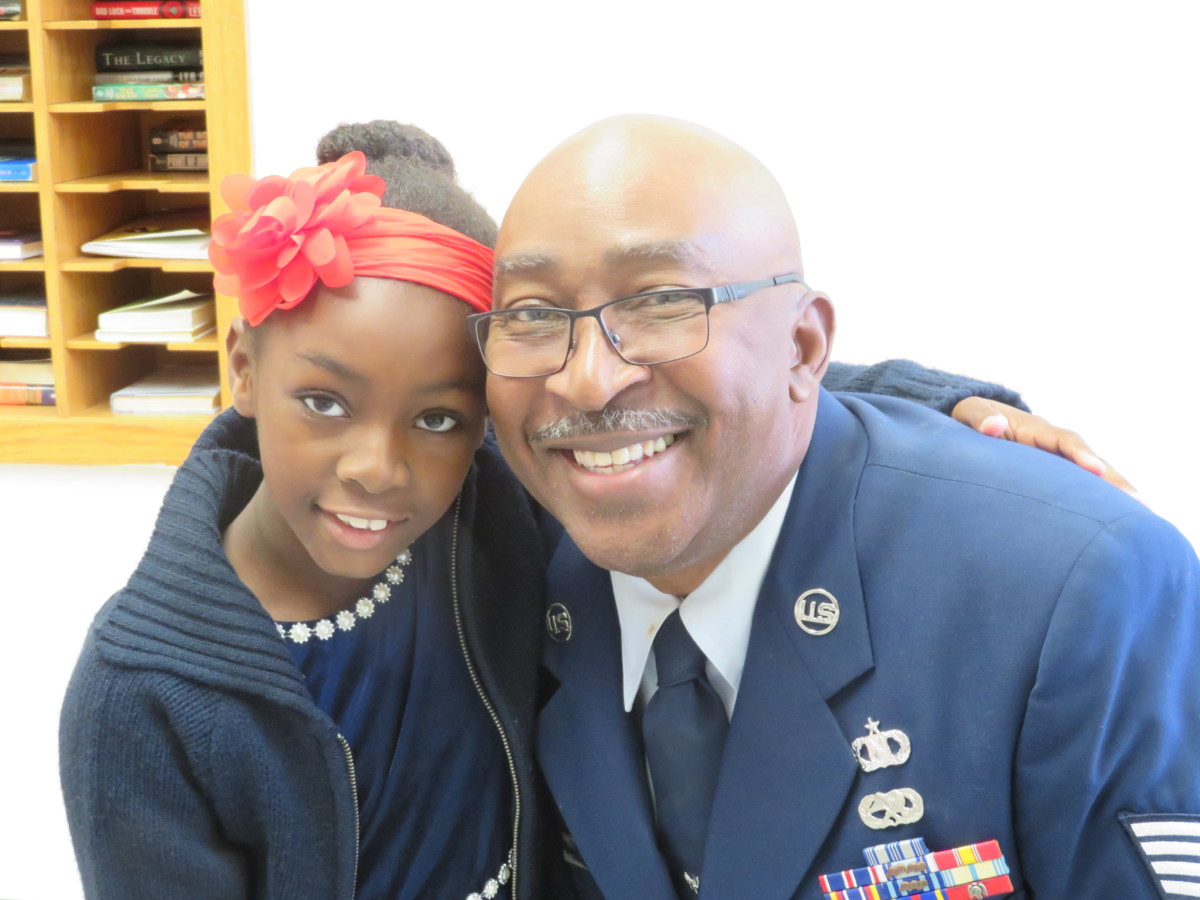 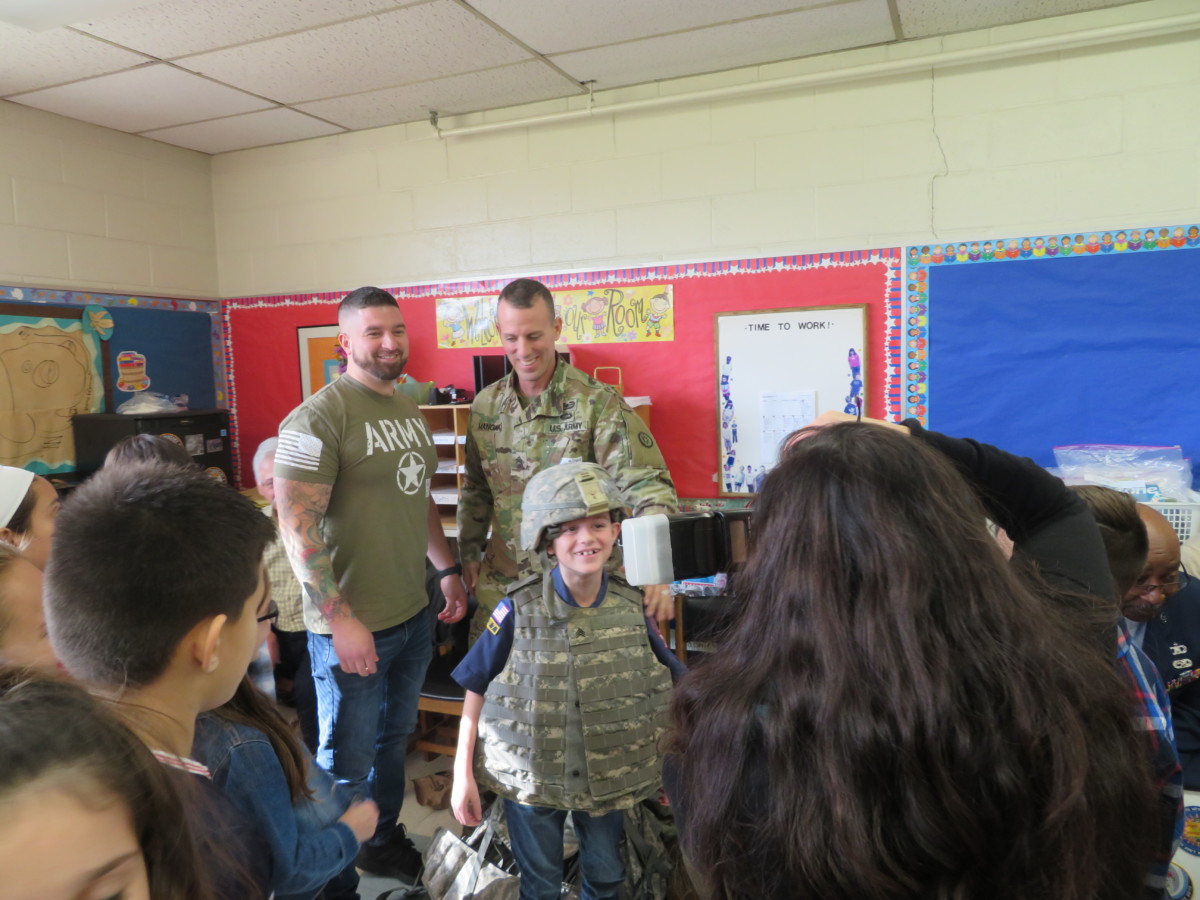 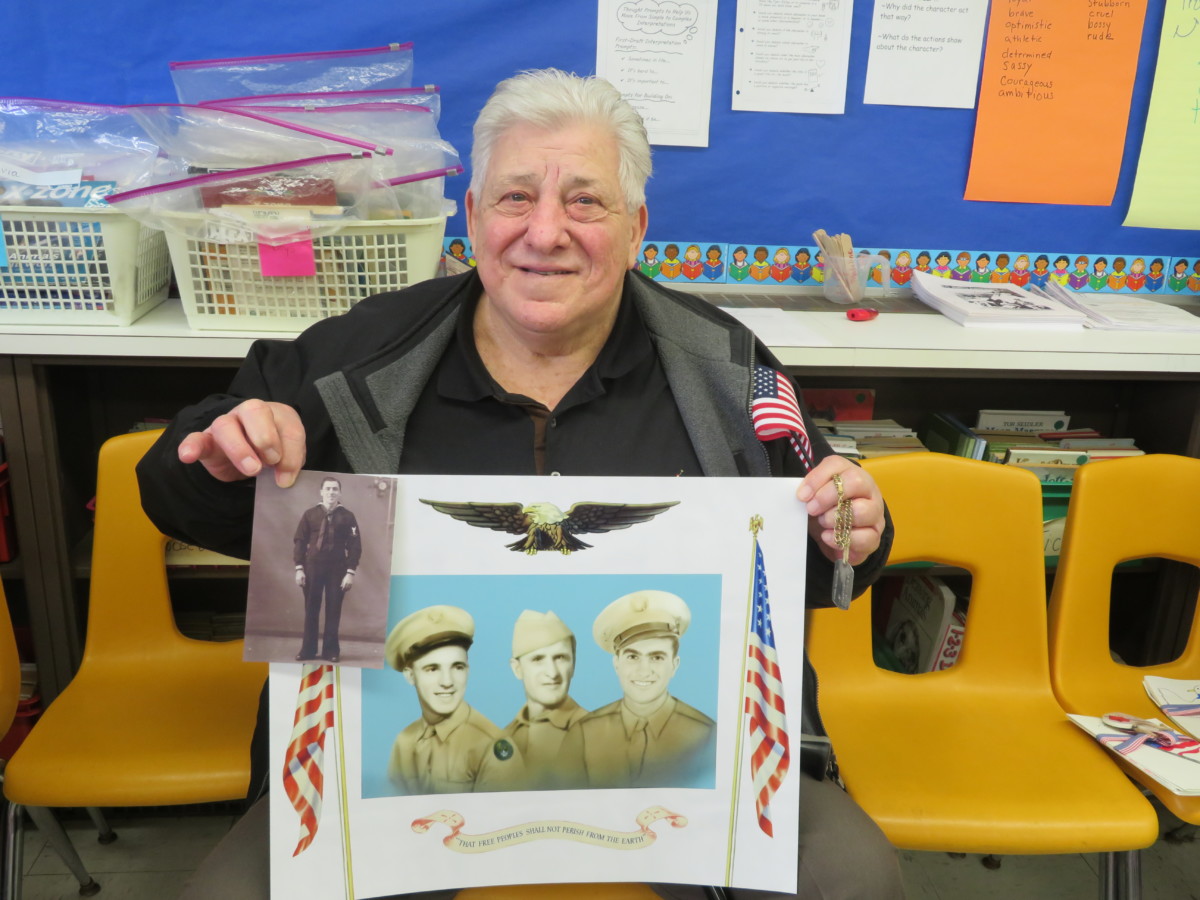 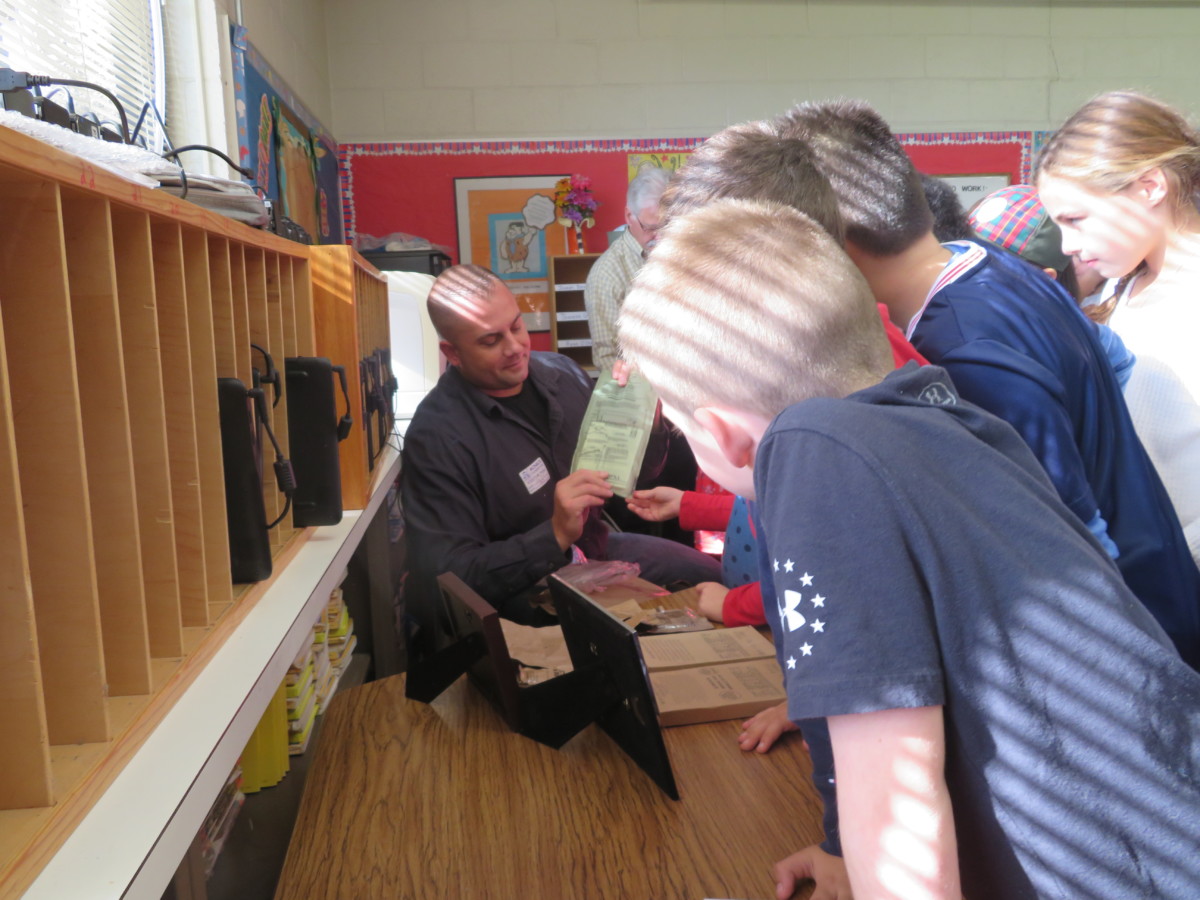 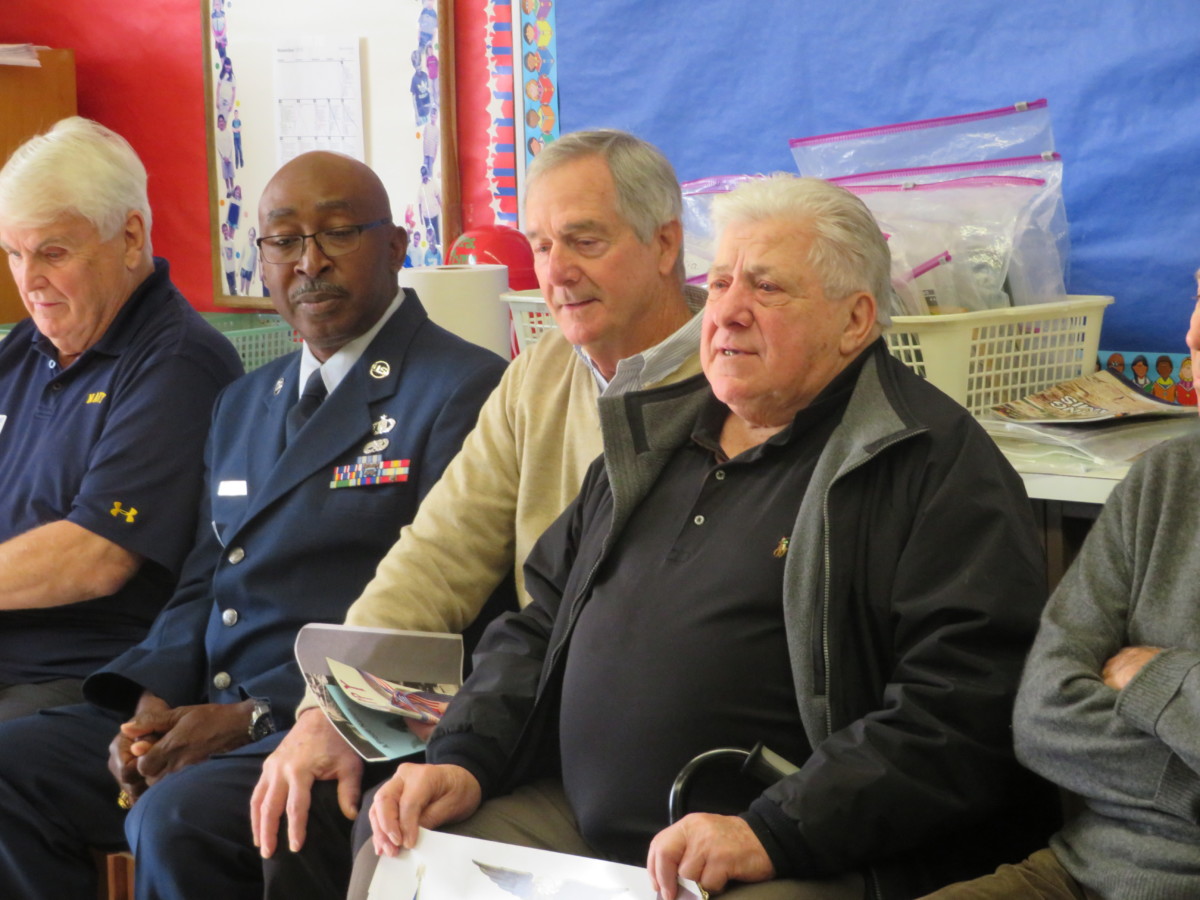 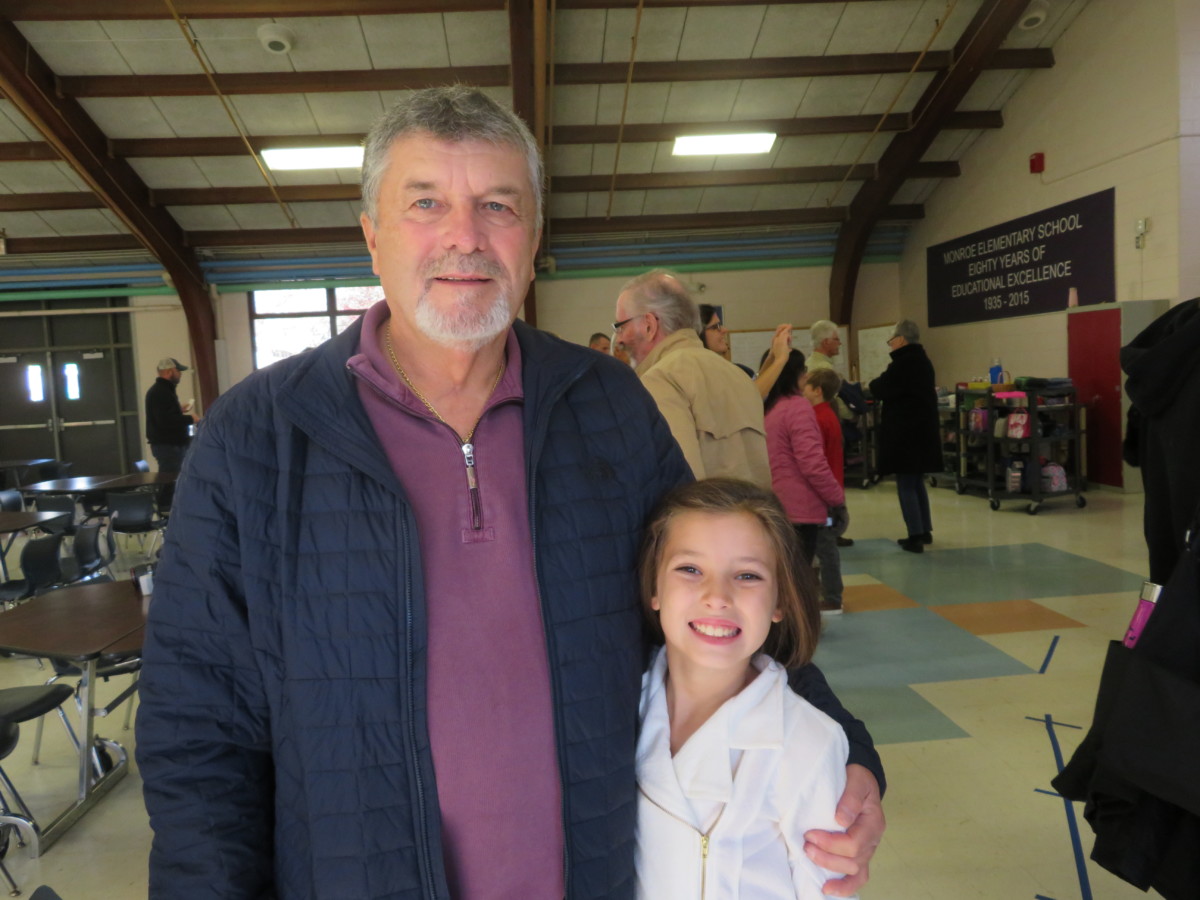 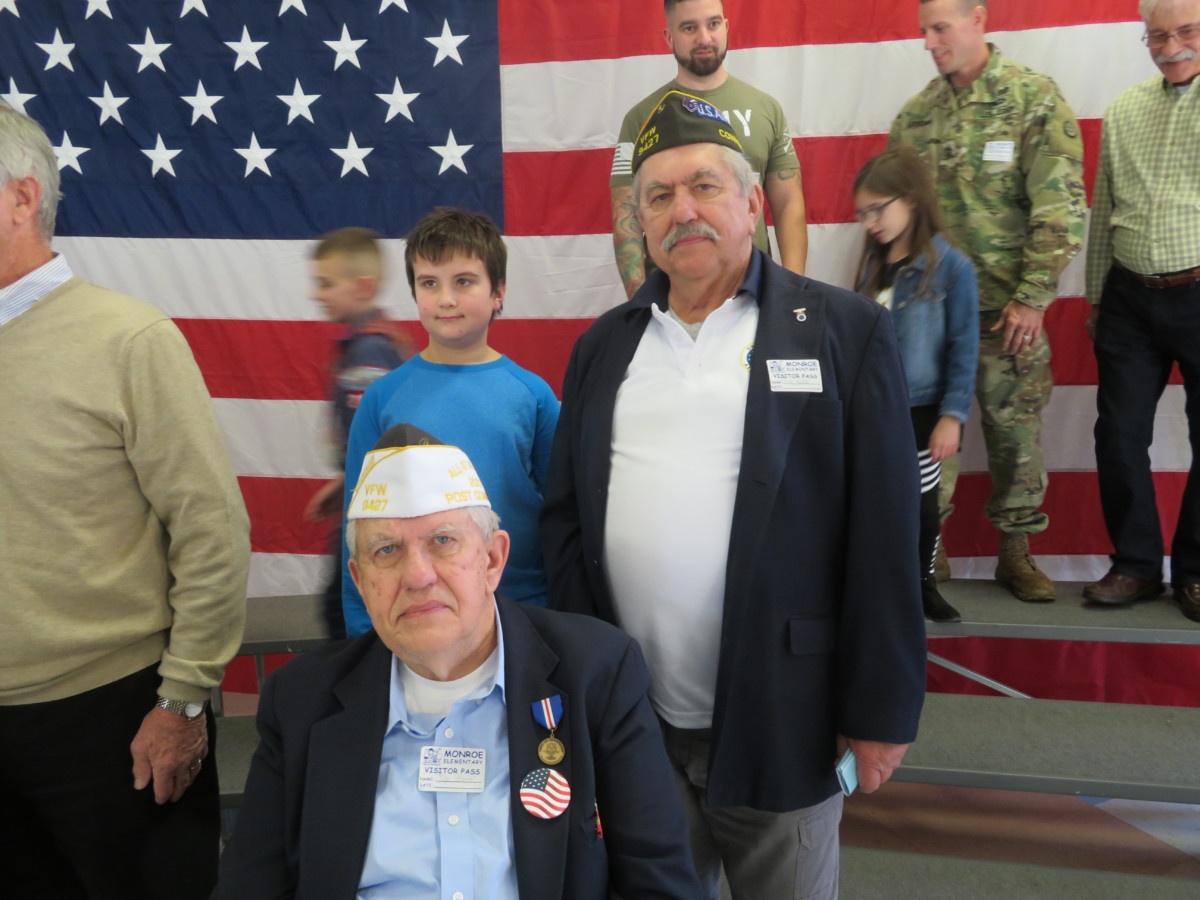 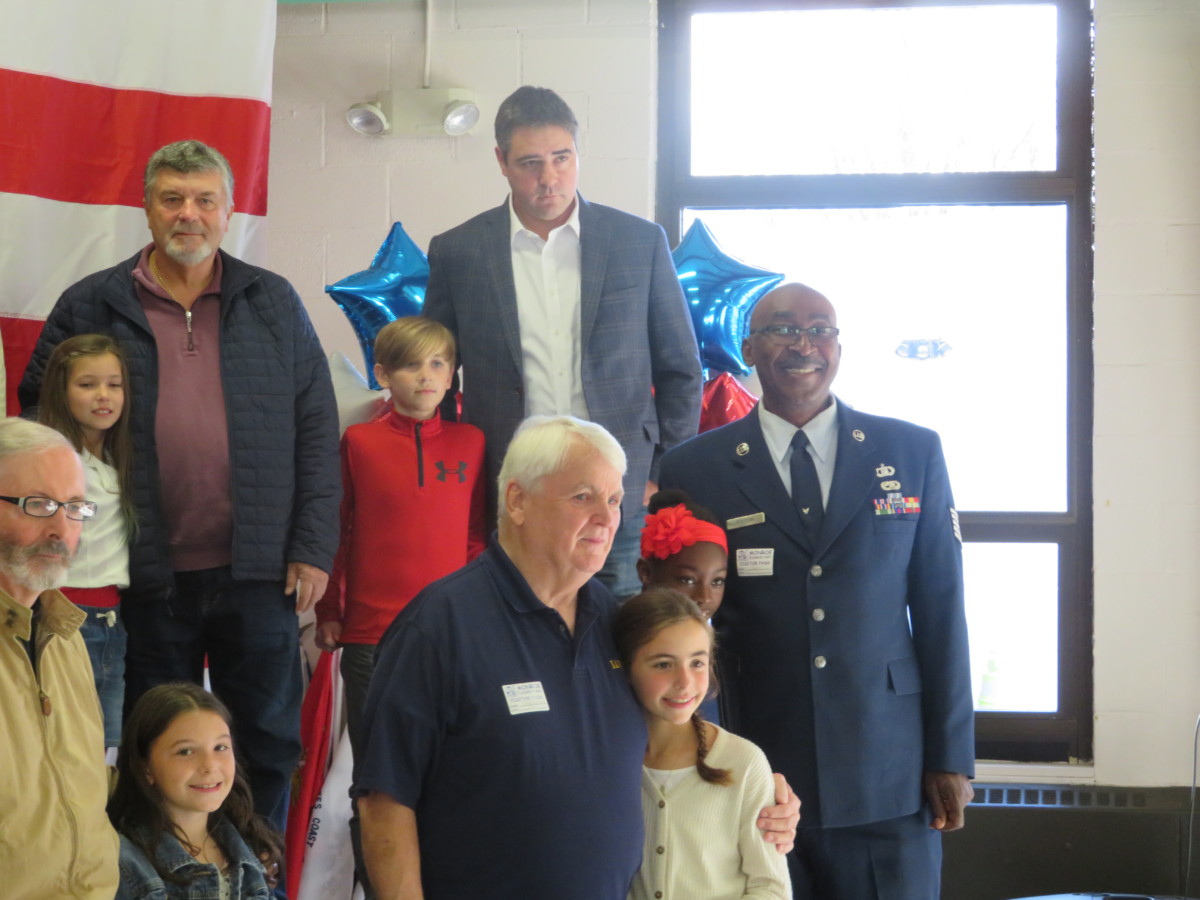 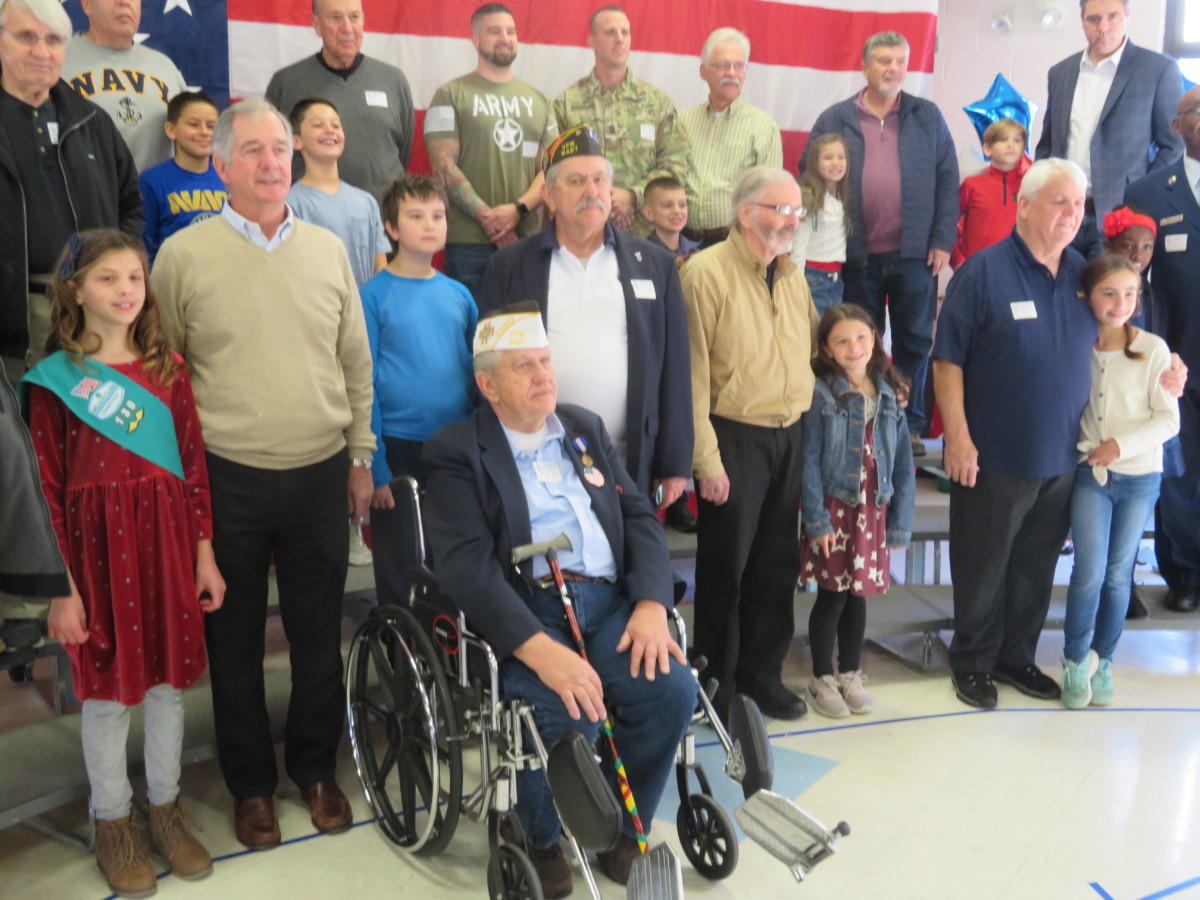 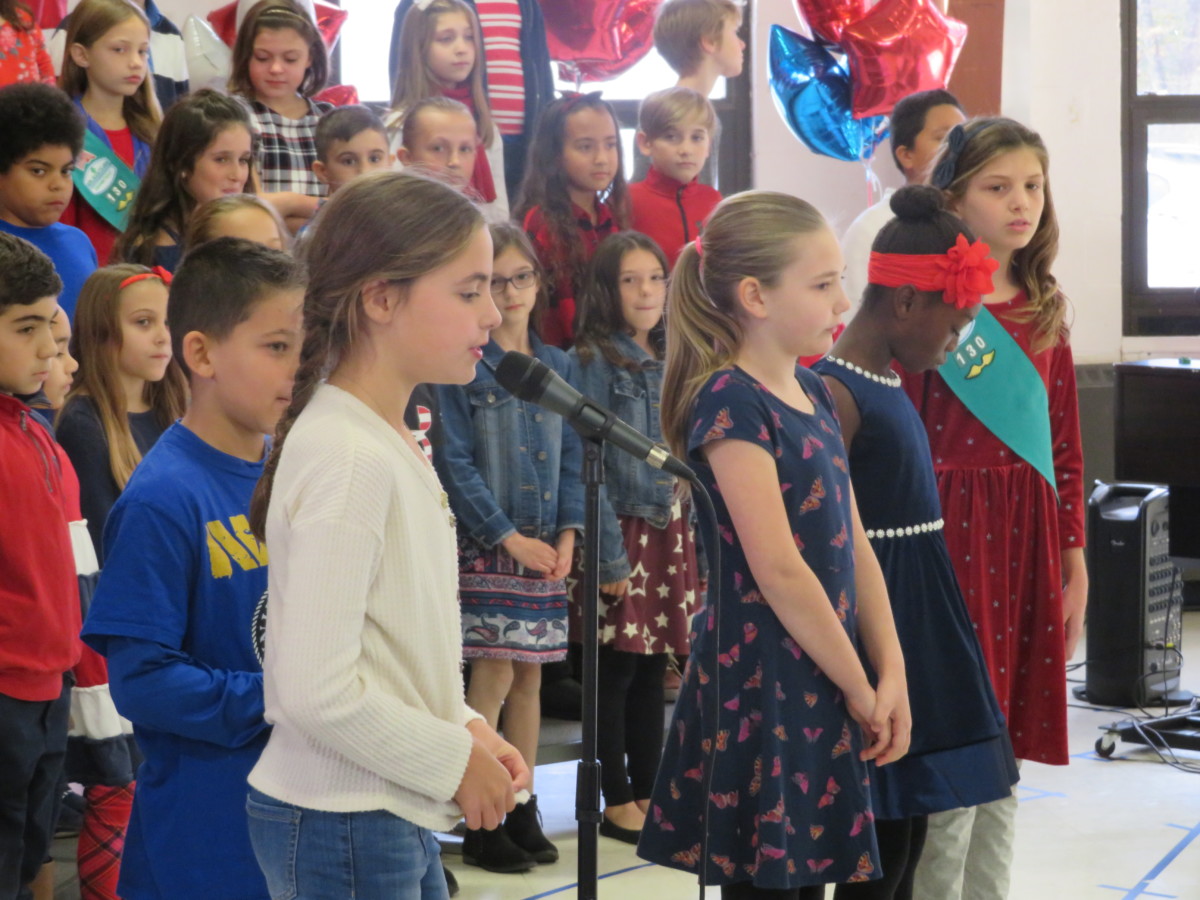 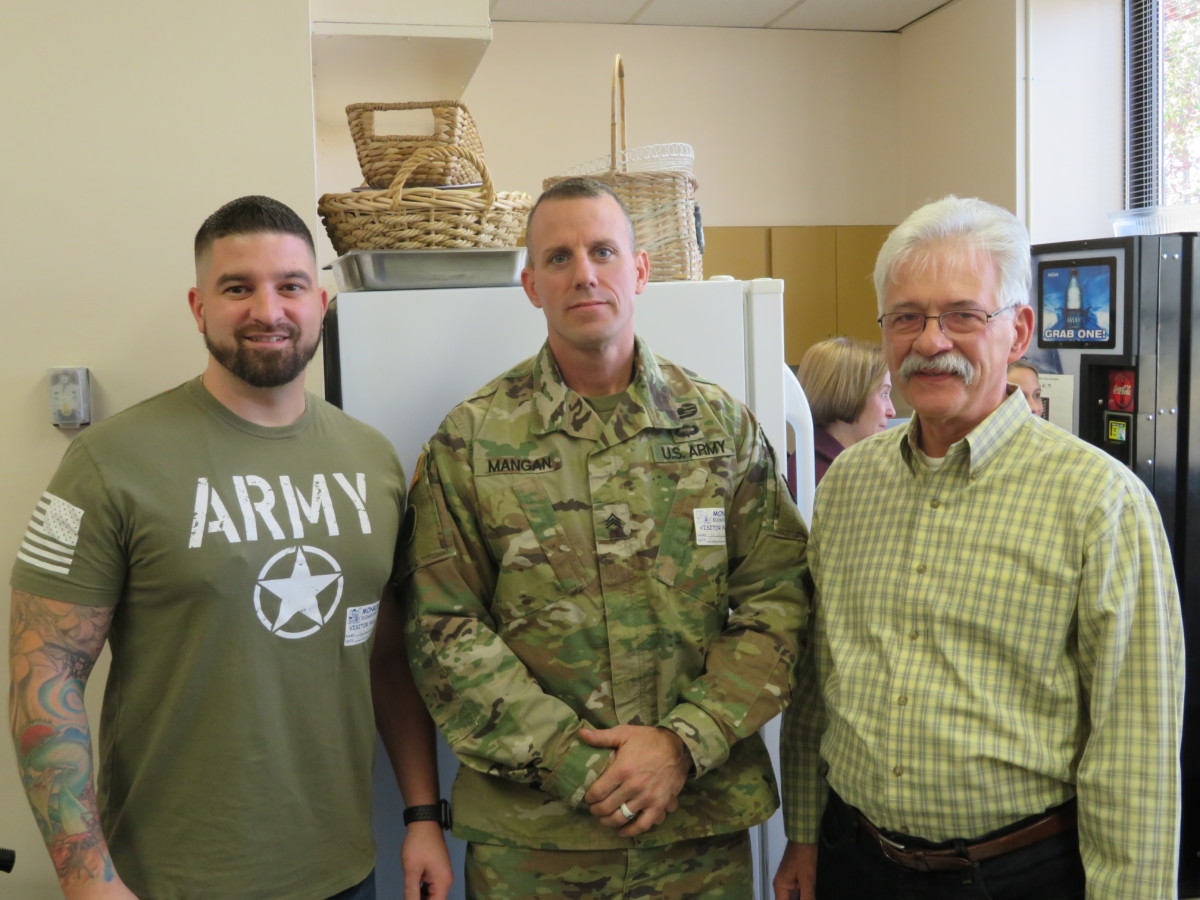 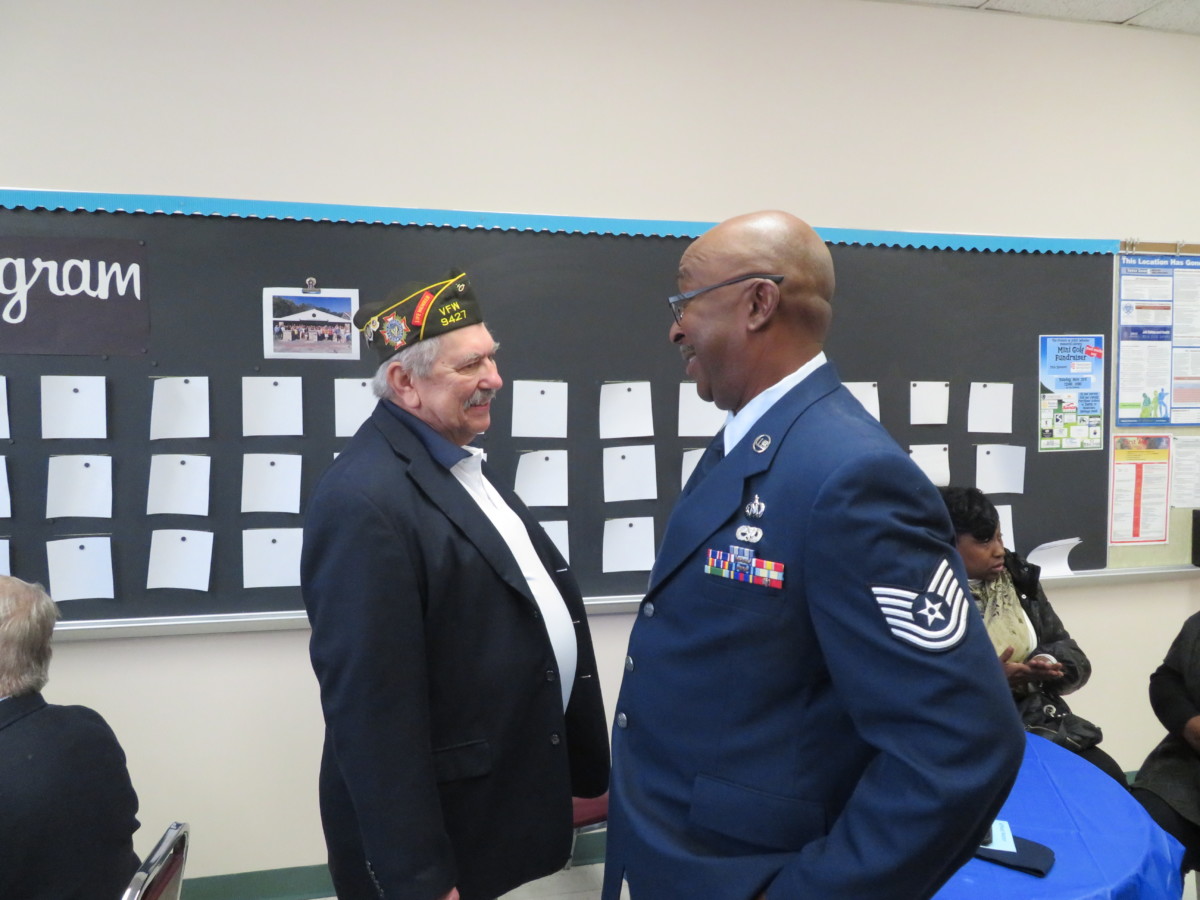 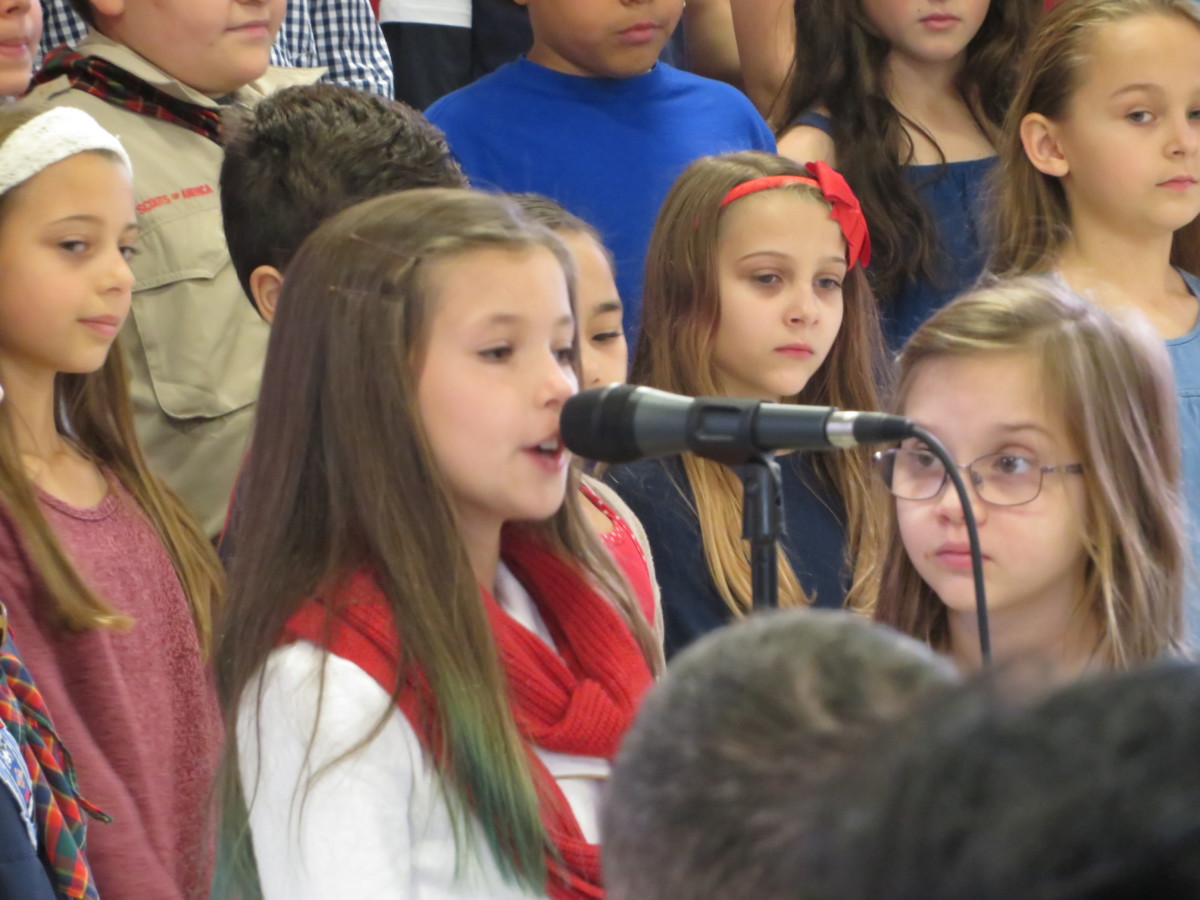 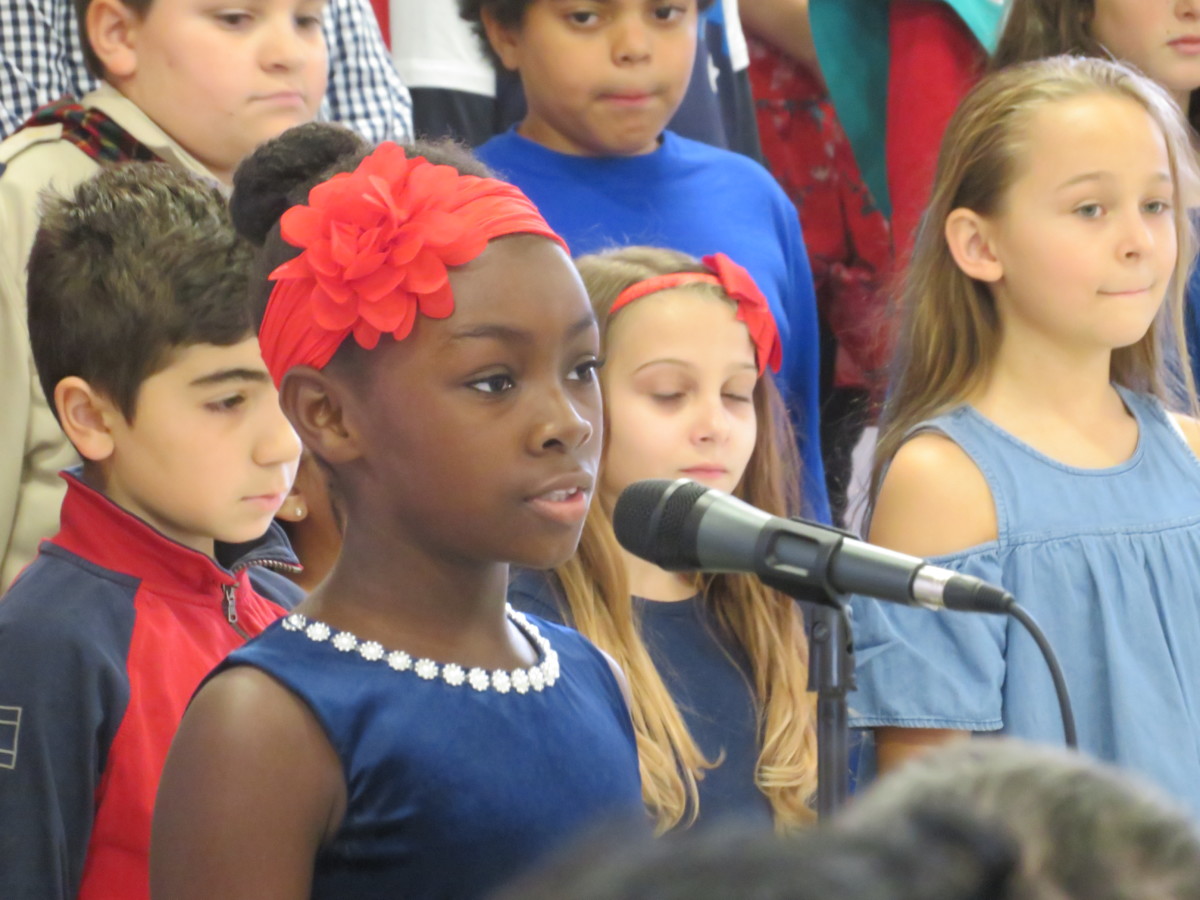 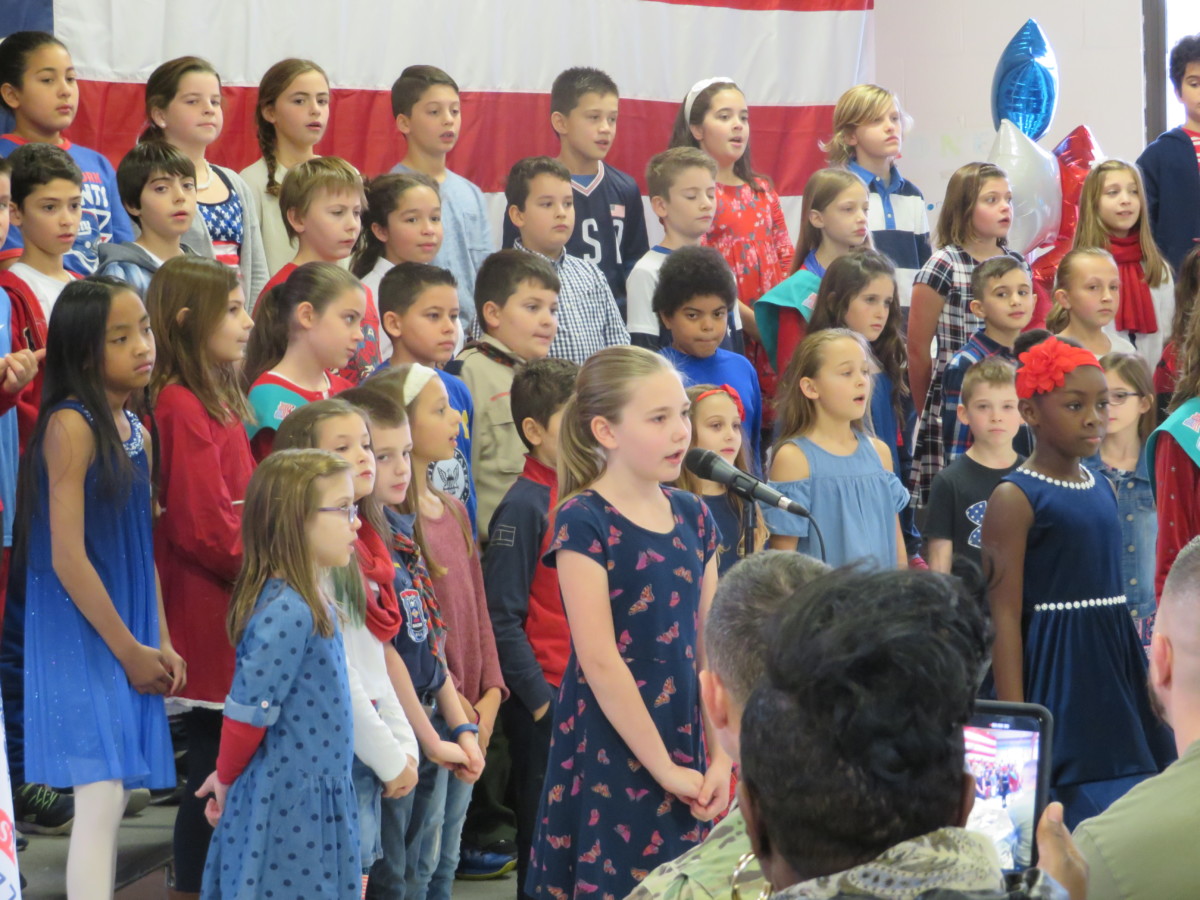 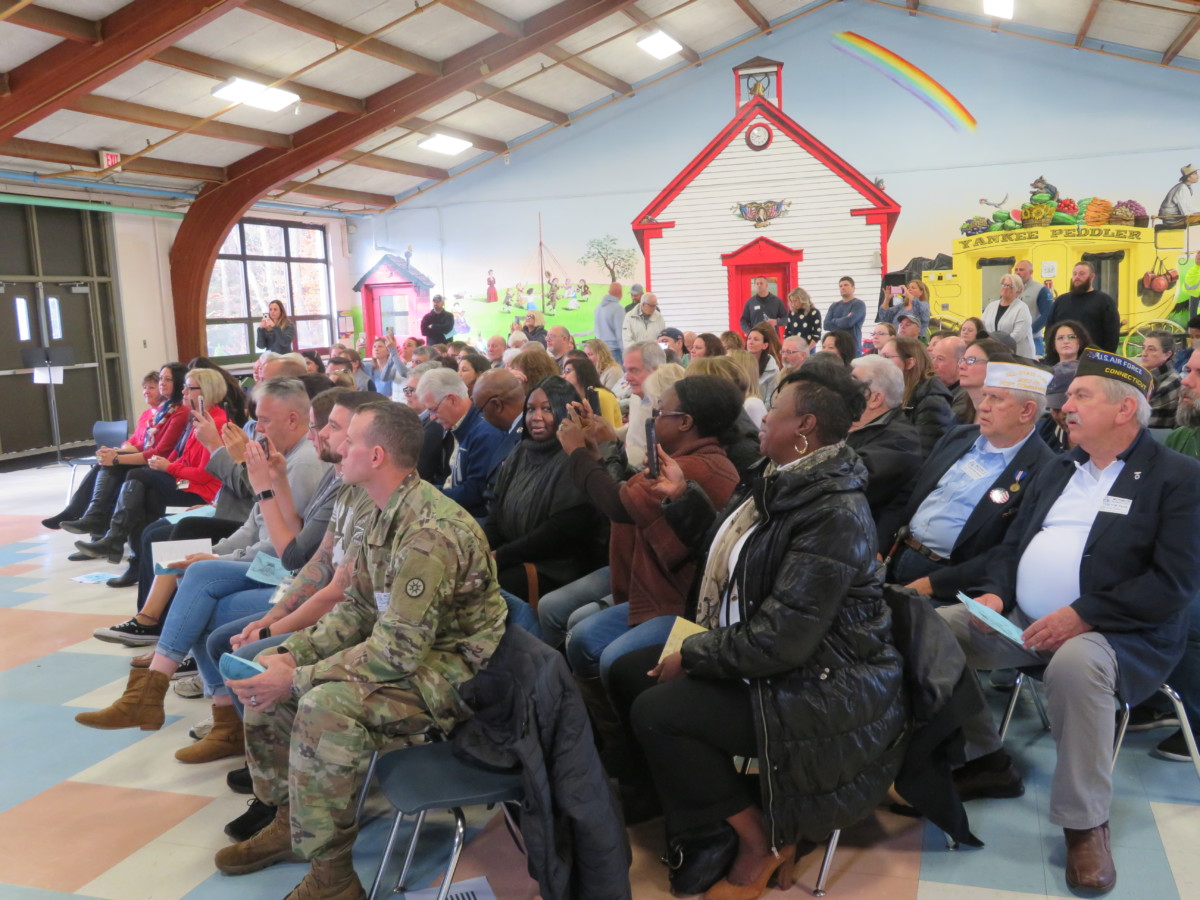 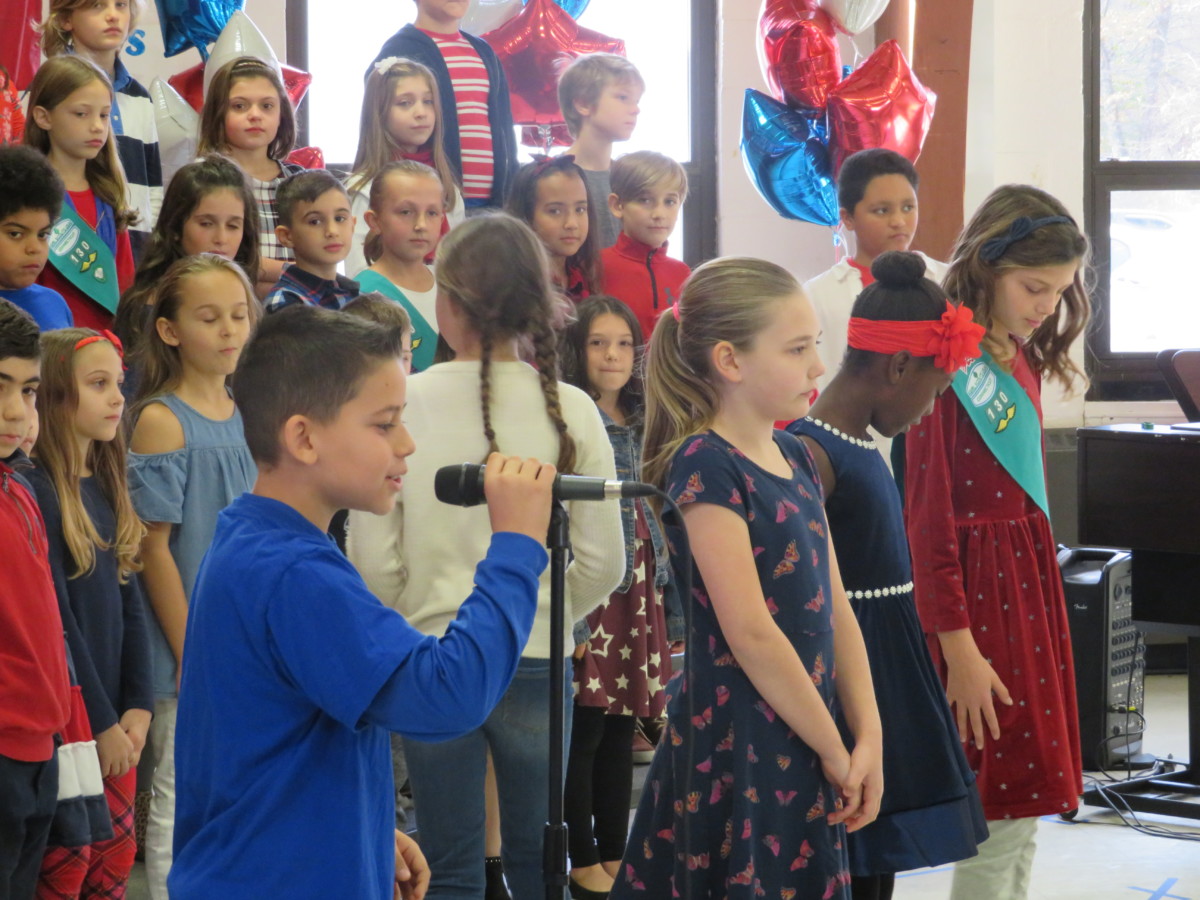 Bert Sissick, Shane and Riley’s cousin, served as a petty officer in the U.S. Navy from 1968 to ’72. He has family members who served in the military, mostly in the Navy and the Air Force. Sissick’s son, Craig, is a Navy corpsman going on his 11th year.

“I was stationed in the Mediterranean in my career,” he said. “Everyone who has served, there’s a lot of sacrifice helping our country out. I thank the people before me and the new ones.”

Other veterans honored at the assembly, but not mentioned in the article were: