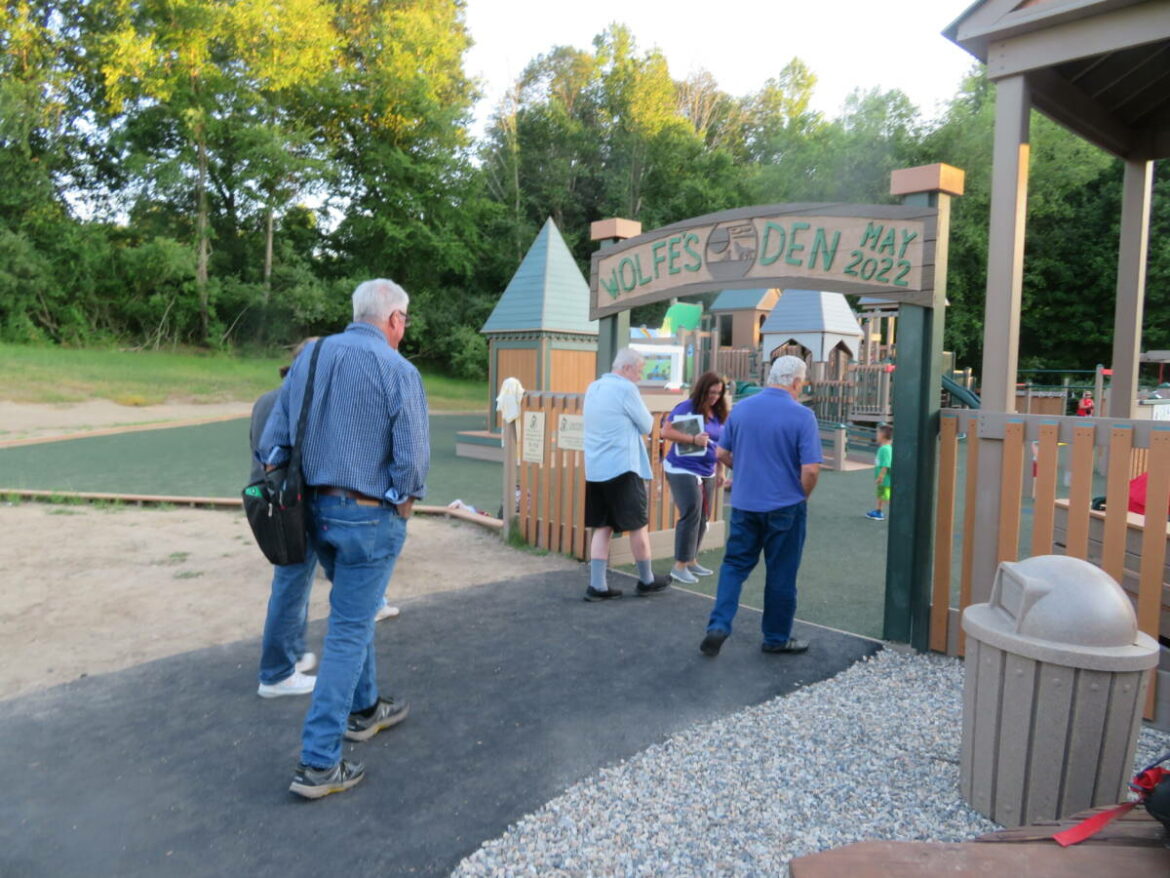 Parks and Recreation Commission members walk toward the entrance of the new Wolfe's Den playground at Wolfe Park Monday night.

MONROE, CT — Final state approvals are needed for the project to extend the Housatonic Rail Trail from the Purdy Hill Road entrance of Wolfe Park and diagonally across the street to the back of public works, on its way to connecting to Trumbull’s section of the greenway.

“DEEP wants to know the town has the resources and manpower to provide maintenance once the trail is turned over to us,” Orosz said.

Once the project is complete, the Public Works and Parks and Recreation departments will do the upkeep, according to Orosz. She said the DEEP told Schatzlein it may take several months to procure the agreement on their end.

The town is also reviewing the design documents before sending it back to the DOT. 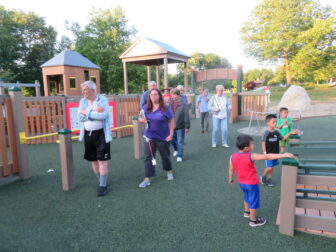 “As you can see, we have trash cans at the playground now and we planted grass seed,” Orosz said of the periphery of the playground, before the group walked through the entrance.

She motioned to a large open area to the right of the playground. “I would like to have another pavilion. There’s a lot of space there,” Orosz said, noting how the park’s current pavilions are often booked.

Children played under their parents’ watch, while commissioners walked the playground, checking out the new slides, monkey bars and other components.

“It’s beautiful,” Chairman Jonathan Stone said. “It really is a good job. People worked so hard on this.”

Next, Orosz led everyone to the back of the tennis courts where an open grassy field will be graded and made into a practice field.

A short walk down the trail by the Rotary Pavilion leads to an opening to a small clearing to the left, where more earth work will be done for the West Field, a larger field for soccer and lacrosse. 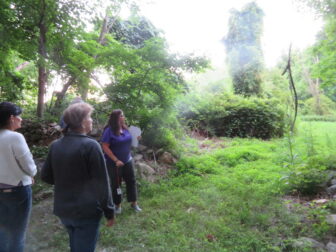 This is where the West Field, an all-purpose field, will be built at Wolfe Park.

Orosz said the project, designed by architect Dave Sacco of TPA, has already received town approval, but bidding was too high in 2018 so the scope was changed. For example, the town will now do stonewall work itself to cut costs.

Frank Dutches had to resign from the commission to become town treasurer in place of Pat O’Hara, who recently moved, so Stone nominated Dawn Barbierri to serve as vice chair and his motion passed unanimously.

Kelly Cunningham, a Parks and Recreation Department employee of 27 years, resigned to accept a new job. Her last day with the town will be July 20, according to Orosz. 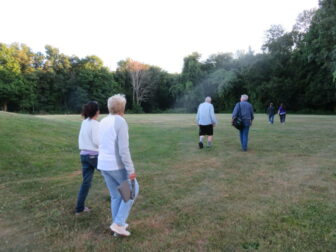 Parks and Recreation Commission members walk the area for the new practice field behind the tennis courts at Wolfe Park.

She said First Selectman Ken Kellogg was interviewing a candidate for park ranger Monday night in an effort to fill the opening left by David Solek, the town’s longtime park ranger and tree warden, who recently retired.

“It’s just nice to have an adult presence to help enforce park rules and to be a friendly face here,” she said.

One thought on “Parks and Rec. commissioners get Wolfe Park project updates and a site walk”