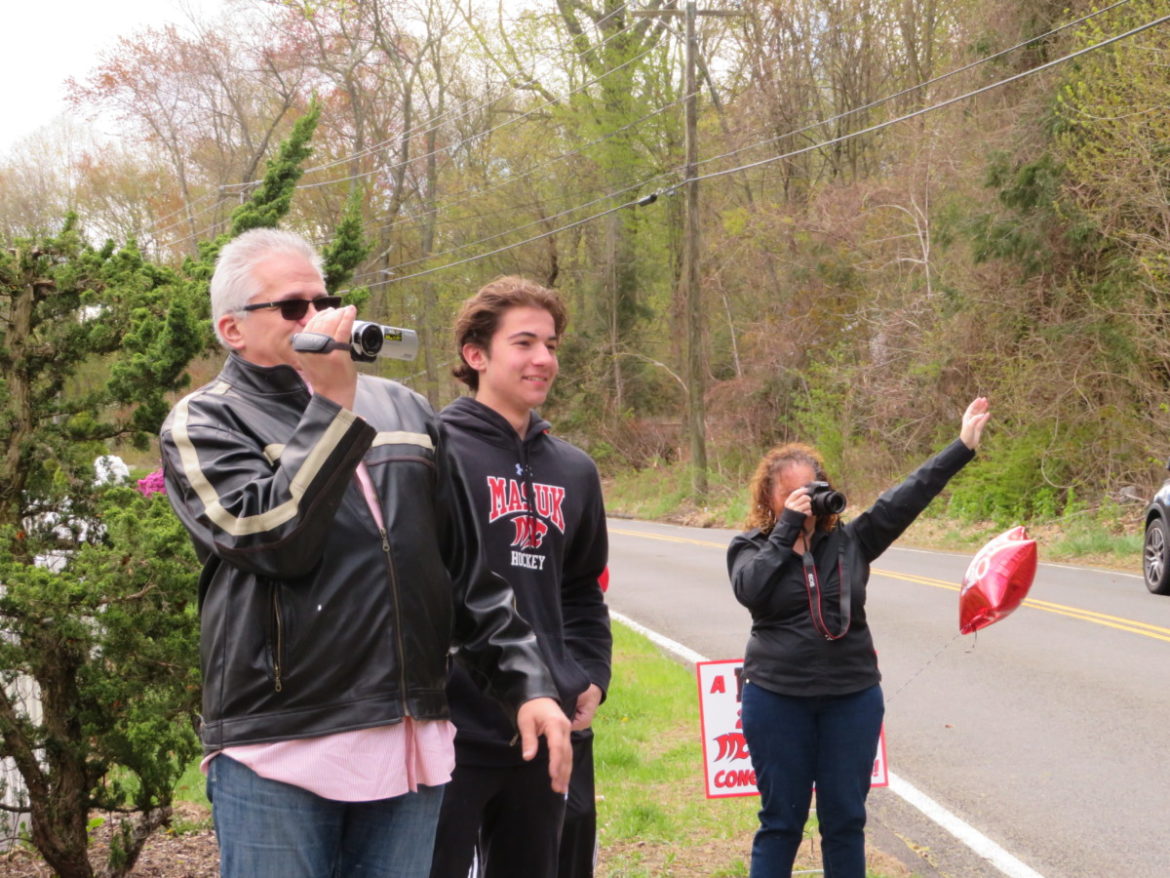 Ross Beck smiles while taking in the parade going by his home as parents, Mitch and Pam take pictures and video.

MONROE, CT — A group of volunteers decorated their cars in the Fawn Hollow Elementary School parking lot Saturday morning, in preparation for drive-by-parades for members of Masuk High School’s Class of 2020.

The governor’s executive order closing all school buildings to slow the spread of the coronavirus led to distance learning throughout the state. Teachers and students had to adjust, but it has been particularly hard on high school seniors, who may miss out on their prom and a traditional graduation ceremony.

“I think with the official cancelation of school last week from the governor, it’s important for the seniors to know we haven’t forgotten about them, that we care for them and we want their senior year to be as memorable as ever,” said Masuk Principal Jacob Greenwood. 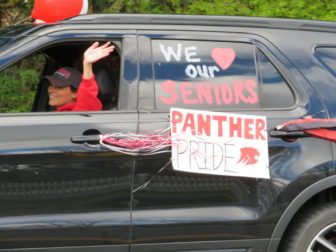 Greenwood said the Masuk Parent Teacher Club had donated all of the signs placed in front of seniors’ homes with balloons before the parades.

“That came from fundraising from the community, so it was a community effort for sure,” Greenwood said.

Donna Michetti, whose daughter Emma, 17, is a senior, organized the parades. She also has a son, A.J., 15, who is a freshman.

Of her daughter, Michetti said, “she was great until March 12 when the world kind of ended and they didn’t realize it would be the last time in their building with their friends. It’s tough.” 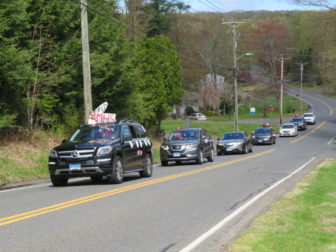 A parade of volunteers makes its way up Fan Hill Road Saturday morning.

When the annual fashion show was cancelled, Michetti said the reality set in that seniors could miss out on once in a lifetime events they had worked four years for.

“This is the least we can do just to put a little smile on their face,” Michetti said of the parades, while fighting back tears. “The parents too. It’s tough. You’re so proud of them and all their work and to just have it all taken away from them, it’s hard.”

On Saturday, 36 parents and 38 teachers volunteered for seven parade teams. Parents of seniors were not asked to participate, so they could be home to share the moment with their children.

“We’re all in this together,” Michetti said, “and we’ll get through it and hopefully come out stronger.”

Susan Clark, a Masuk teacher of 16 years who graduated from the high school in 1999, was among the volunteers decorating their cars.

“I feel bad for them,” she said. “They don’t get to have the traditional graduation fun — those rights of passage for teenagers. We know it’s tough for them, but we’re here for them and we’re proud of them.” 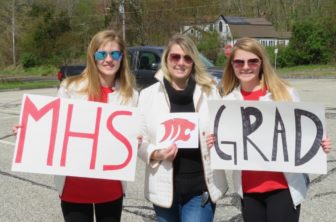 The first stop along the parade route was the Beck family home on Fan Hill Road. Ross Beck, 17, a Masuk senior, stood at the end of the driveway with parents, Mitch and Pam and his brother Tory, a Masuk sophomore.

The honking of horns could be heard in the distance as the parade of cars and SUVs slowly made its way up Fan Hill Road.

“Congratulations,” drivers called out, several holding up signs celebrating the Class of 2020 and Panther pride as they drove by.

“I think it’s amazing,” Pam said. “It’s just been difficult for everyone and it’s amazing this is happening for them.” 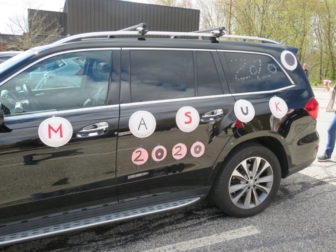 The Wittenauer’s vehicle is decked out for parades Saturday.

“It’s been tough, but the beginning of the year was fun and I enjoyed all the time I had,” Ross said. “It’s been good spending time with family and being online with my friends.”

Of Saturday’s parades, he said, “I think it’s awesome. I think it’s cool that the school is doing something like this. It’s going to be memorable for sure. I definitely will never forget it.”