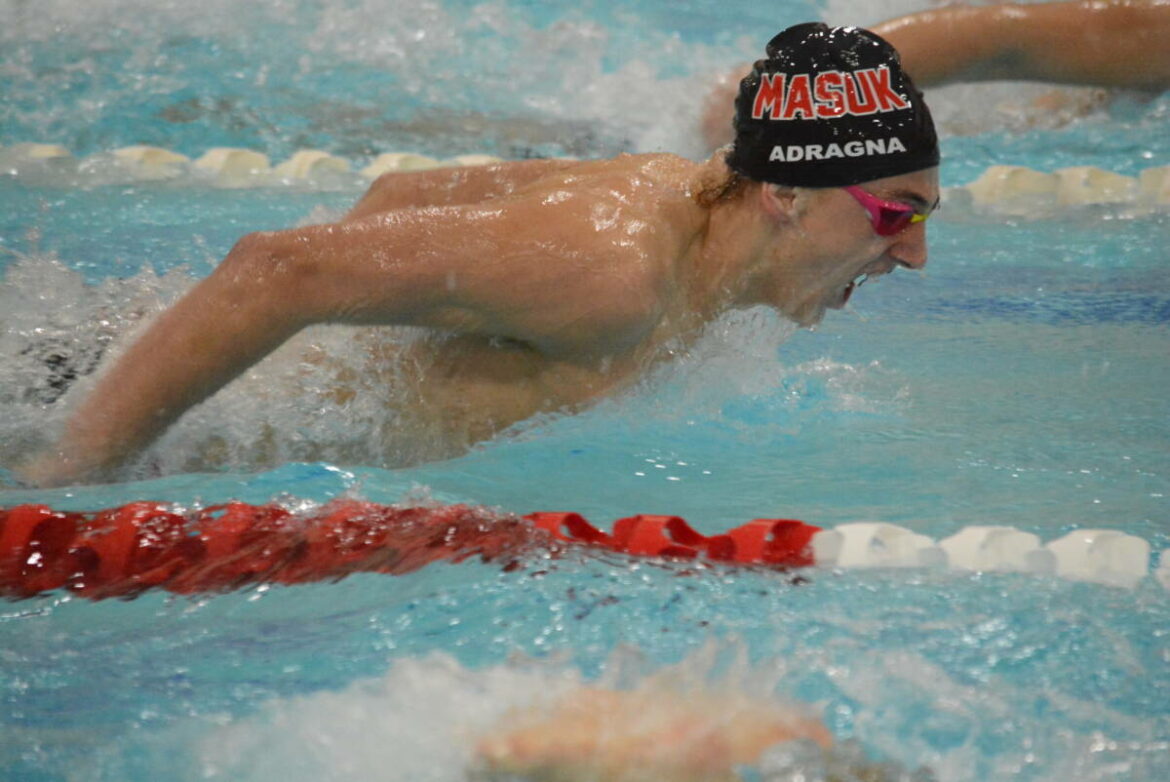 The 200 yard medley relay of Jack McHugh, Carter Adragna, Jacob Urkawich and Riley Sheppard was first in a time of 1:54.99.

The Panthers locked up the team win heading into the last event, the 400 free relay. Masuk exhibitioned the event and had the fastest time as Kyle Zarkar, Malecki, Sheppard and Adragna recorded a time of 3:49.89.