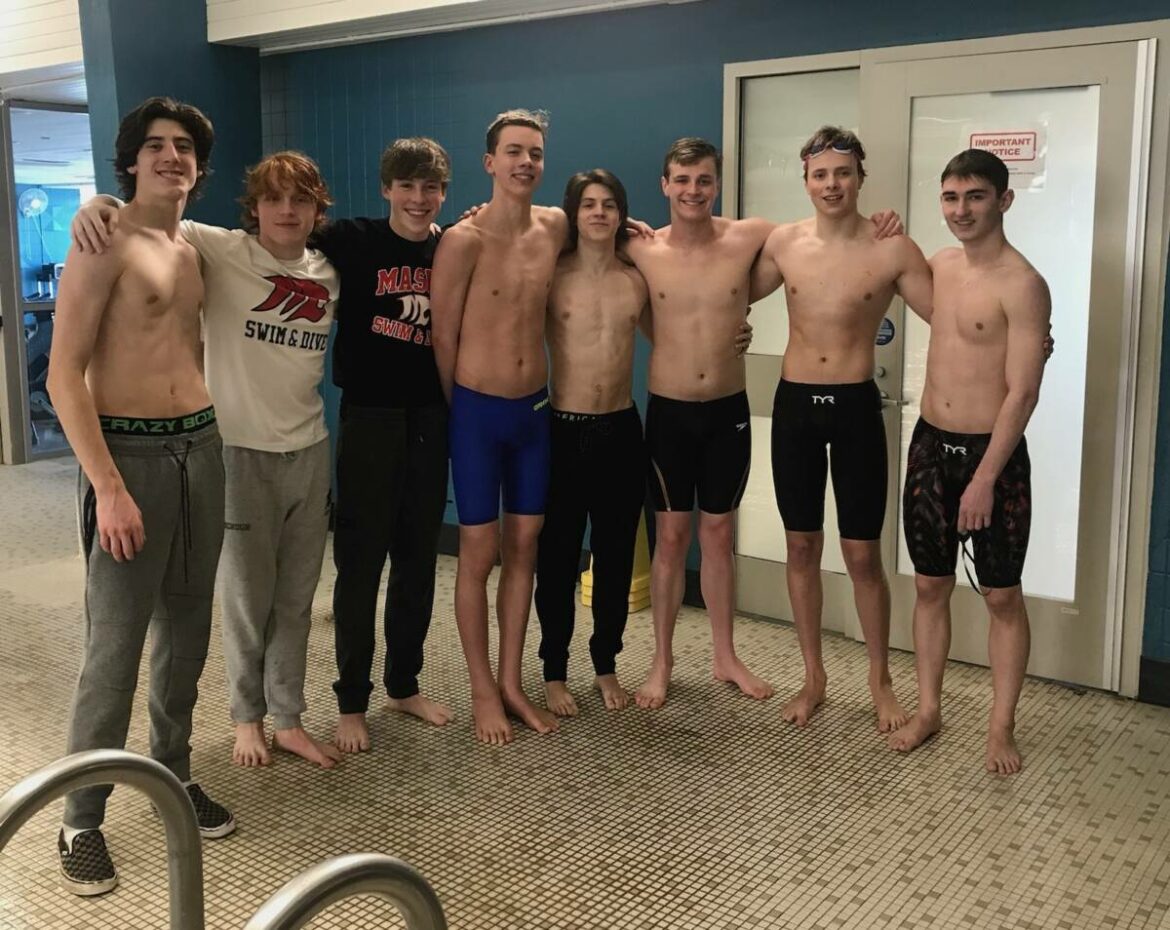 MONROE, CT – Masuk came in seventh with 302 points at the Class M State Championships, held March 13 at Cornerstone Aquatics Center in West Hartford. Pomperaug was first with 792.5. The Panthers recorded several solid times among the top finishers in the 20-team competition and Brendan Kirberger earned All State recognition as a freshman. 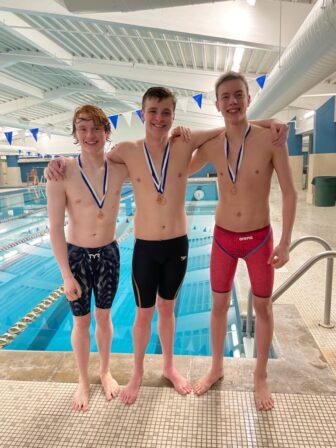 In the 200 yard medley relay event, the team of Keller Hall, Ryan Youngcourt, Sam McHugh and Kirberger placed eighth in a time of 1:47.83.

Masuk’s 400 free relay team was eighth in 3:25.72. The relay consisted of Clark, Sheppard, Kirberger and Riordan.

In addition, Owen Smith was a State trials qualifier. Masuk swam best times in 14 of 18 events at trials.

Clark and Kirberger are moving on to the State Open competition to compete with top swimmers in the entire state.