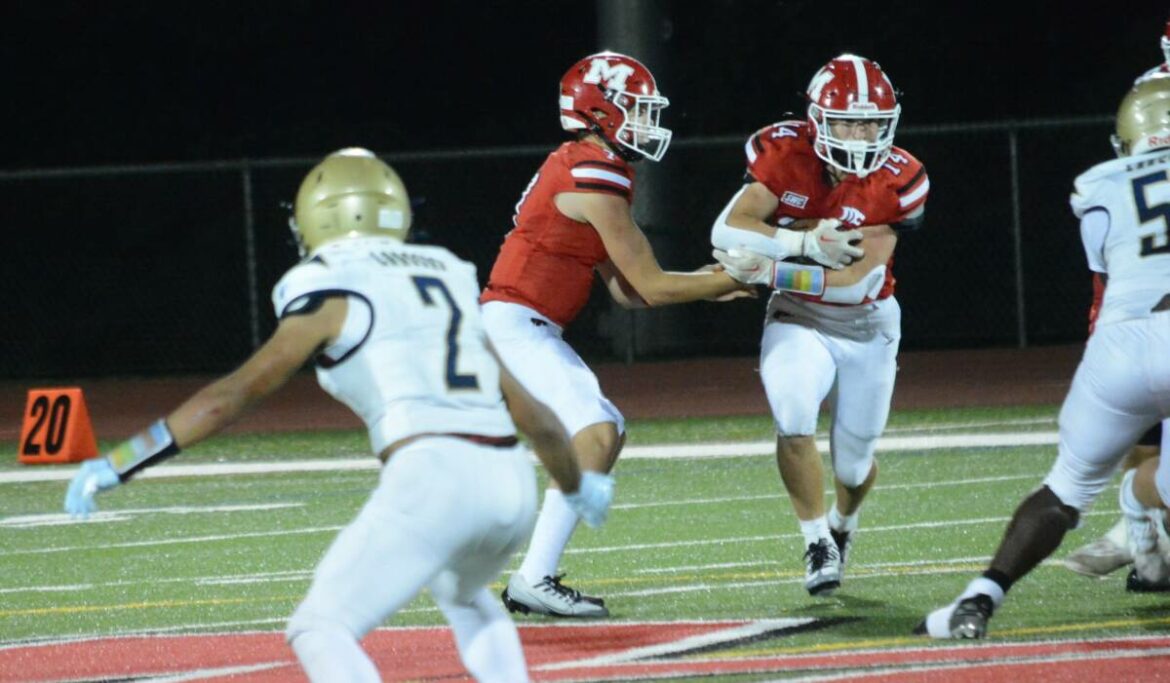 Jason Champagne takes a handoff from Dylan Jackson and scores a touchdown during game action this fall. Champagne was one of seven Panthers to score, notching his 19th of the season in Masuk's win.

SOUTHBURY, CT — Last week it was six different Panthers scoring touchdowns. Masuk High’s football team managed to one up itself as seven players scored in a 46-12 victory at Pomperaug on Friday night.

Jason Champagne recorded his 19th touchdown of the season when he carried the ball into the end zone to get things started. Kyle Beckett rushed for another TD.

Quarterback Dylan Jackson tossed a trio of touchdown passes, connecting with Rob Klein, Deven LaRoche and Shane Walker. Gavin Walker had a rushing touchdown for the final score of the opening half, as Masuk took a commanding 40-0 lead into the break.

Jackson completed 18 of 23 passed in the first half for 240 yards and three touchdowns.

Left tackle Matt Scholz joined the scoring party with a second-half rush into the end zone.

“Great team effort. When everybody eats they all stay hungry,” Masuk Coach Steve Christy said of the scoring coming from throughout the lineup.

Christy’s Panthers will look to feast again next week when they visit Brookfield for a Friday, Nov. 11, contest at 7 p.m.

Speaking of feasts, then comes the Thanksgiving Eve clash with Newtown, when the Panthers return home Wednesday, Nov. 23, at 6 p.m.