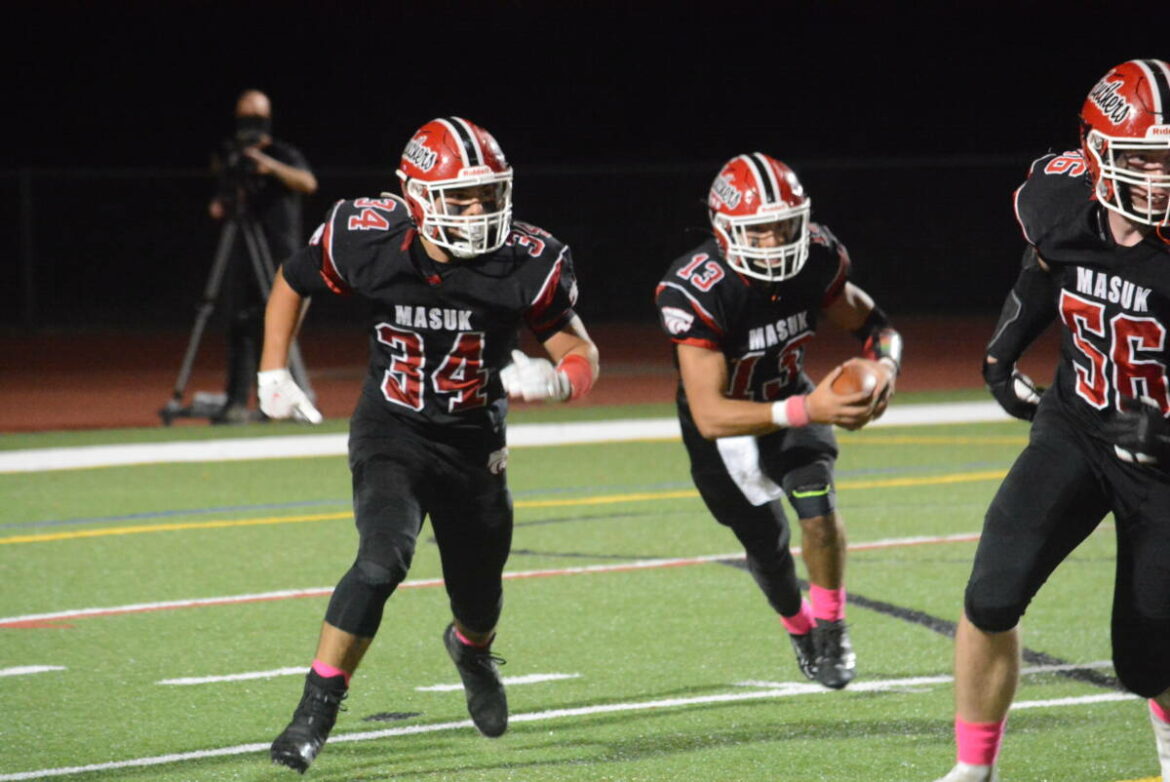 Nick Saccu carries as Lukas Shamas (No. 34) and Jared Ely (No. 56) block during action earlier this season.

MONROE, CT — Masuk High’s football team scored early and often, racking up 37 points in the opening half on the way to a 44-7 drubbing of visiting New Milford Friday.

The Panthers improved to 4-1 this fall. Nick and Ryan Saccu each scored a pair of first-half touchdowns to lead the way.

In the opening half, Nick Saccu had touchdown runs of 18 and 88 yards. With Masuk leading 7-0, Ryan Saccu had a 50-yard interception return and Kyle Beckett’s two-point conversion extended the lead to 15-0.

Lukas Shamas scored on a nine-yard rush to extend the lead to 22-0. After New Milford got on the board, Masuk backup quarterback Dillon Jackson connected with Ryan Saccu on a 68-yard scoring play.