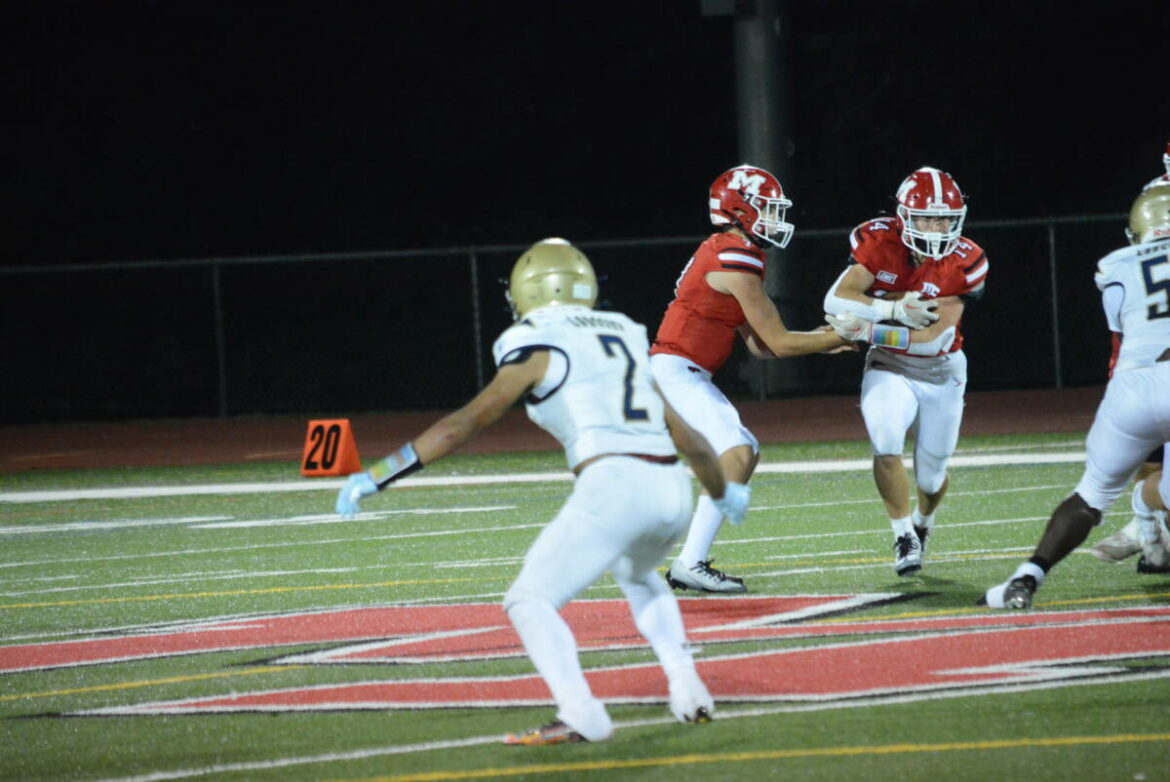 Dylan Jackson hands the ball off to Jason Champagne during a home game this fall. Jackson, Champagne and the Panthers have a bye this week, and return home to face Bunnell Friday, Oct. 14, at 7 p.m.

“It’s a great win. It’s hard to get wins. Especially with what happened to us early in the season,” said Masuk Coach Steve Christy, referring to a pair of tough losses in which his team held late leads. “It’s great to get a win in a hostile environment.”

Masuk totaled 186 yards rushing on 36 carries and racked up more than 400 yards of total offense.

The Panthers will host Bunnell on Friday, Oct. 14; kickoff is at 7 p.m.