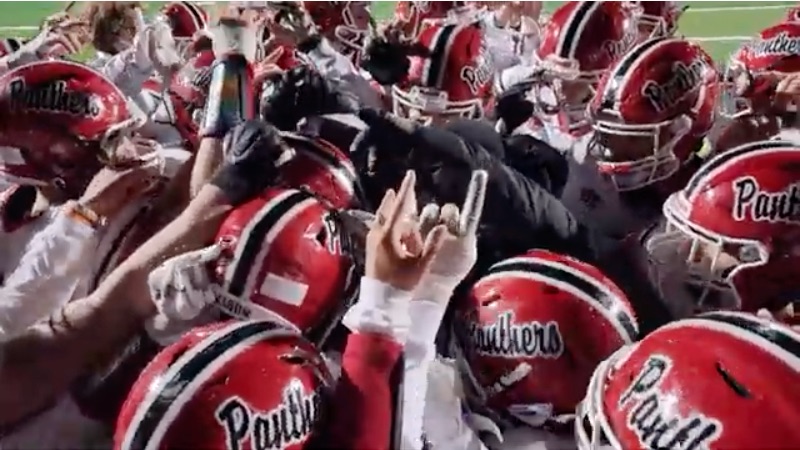 MERIDEN — Coming from behind was the Masuk High football team’s mantra this fall, but the Panthers could not overcome host Maloney in the Class L State playoff semifinals on Sunday, Dec. 5.

Nick Saccu scored on a 64-yard run and Dylan Jackson connected with Saccu on a 49-yard touchdown play in the first half.

“No other team that I wanted to coach,” said Steve Christy, who took over head coaching duties with the Panthers this year. “Great season! Seniors will be remembered forever.”

The Panthers dug out of deficits and scored late to break ties en route to an 8-2 regular season and the South-West Conference season championship. They came back to edge Naugatuck in the state quarterfinals.