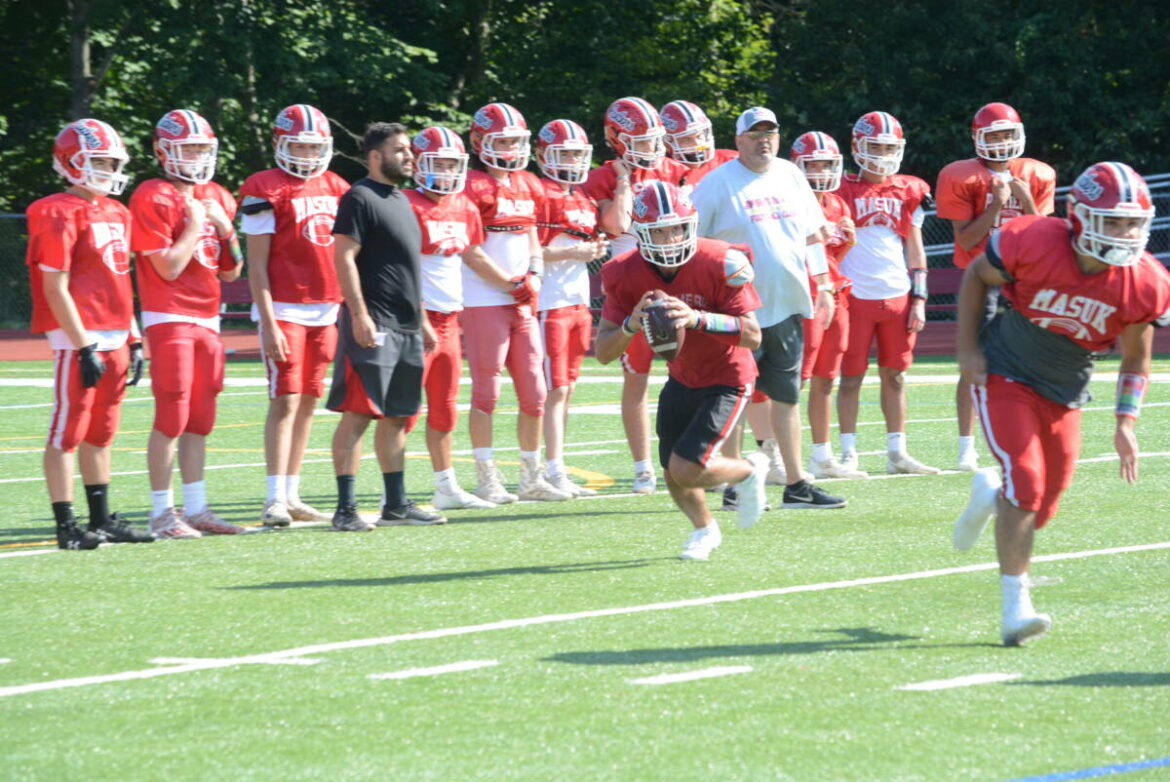 Masuk's aerial attack will ride on the arm of talented quarterback Nick Saccu this season.

STRATFORD, CT — Masuk High’s football team opened the season with a 37-15 win at Bunnell of Stratford on Sept. 10.

This was the team’s first traditional game following last year’s coronavirus-altered 7 on 7 touch football slate, and the first tilt under the direction of new Head Coach Steve Christy.

Christy said Mike Epafino was outstanding both in the kicking game and on defense, and that Evan Cronk and Ryan Saccu were standouts with their cover defense.

“This was for Masuk nation. It was for all the players, alums and ex coaches,” Christy said. “I love these seniors. They really bought in.”“It was a good win to start. We have to improve — we have to get better,” Christy said.