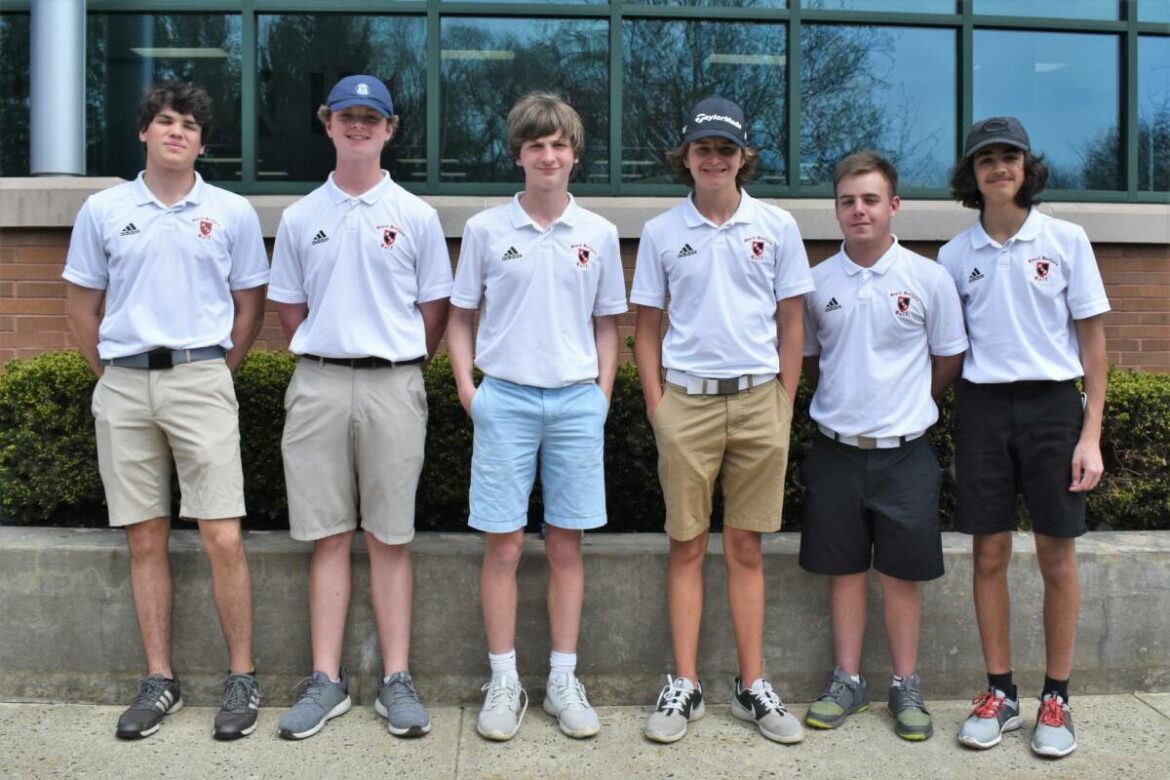 Masuk's boys golf team waits for the bus for their game against Bethel Wednesday. Photo by Karen Coffey

EASTON — Masuk boys golfers beat Bethel High School in a game at The Connecticut Country Club in Easton Wednesday to improve their record to 6-0.

Colin Abbott of Masuk was the medalist in the game, posting the best score by completing the par 36 course in 40 strokes in Masuk’s 171-205 victory.

The top four scorers for each team are counted toward its score and the lowest total wins. Alex Guigno had the second best score for Masuk with a 43, and the rest of the Panthers scored 44 each: John McIntyre, Justin Carriero and Connor Braun.

Bethel’s top two scorers were Eli Jonas with a 43 and Nate Salvino, who completed the course in 47 strokes.