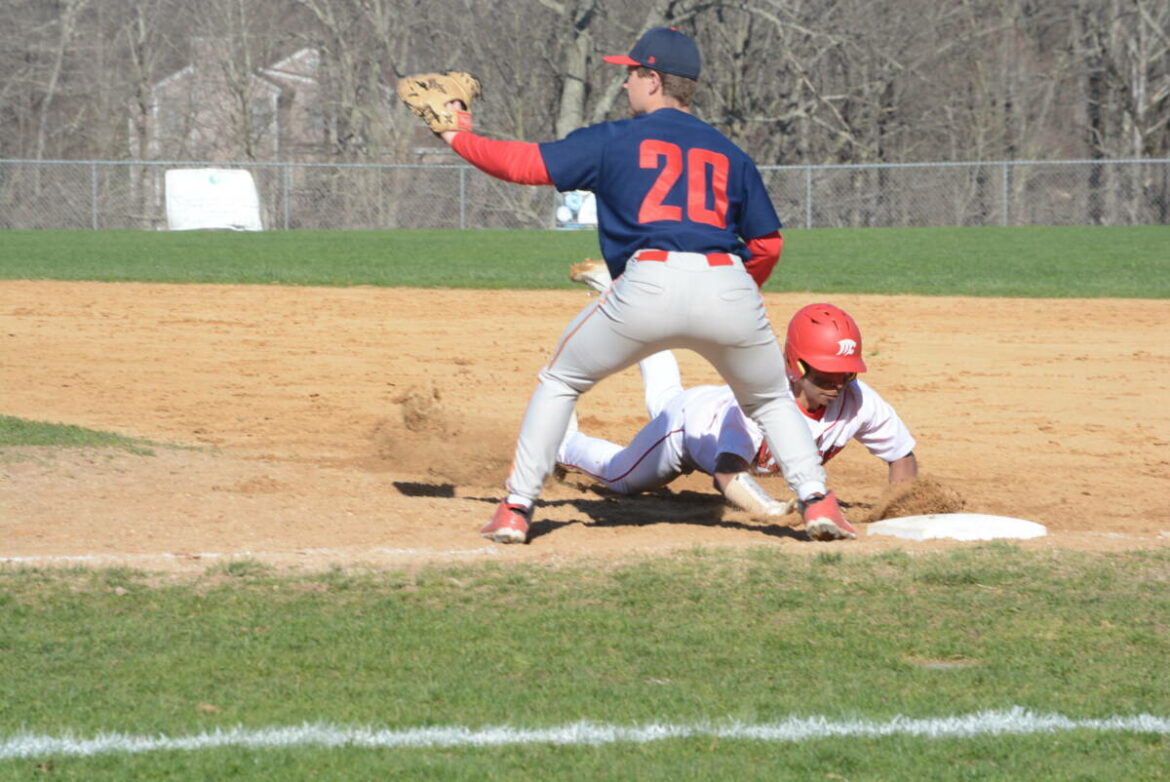 Masuk Panther Allan Perez dives back to first to avoid being picked off in a game against Stratford.

MONROE, CT — Masuk High’s baseball team put together a solid all-around effort with great pitching, timely hitting and slick fielding, all of which added up to an 8-2 win over visiting Stratford on Wednesday.

Starting pitcher Greg Nivison improved to 3-1 by pitching five and a third innings and Colin Jarnutowski got the final five outs to close out the victory. Nivison struck out five batters. 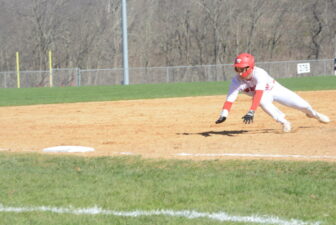 Kaige Garrity dives safely into third base after belting an RBI triple against Stratford.

Sean Minnick had a double and two singles, drove in two runs and scored three times. Drew Scalia had two hits and three runs batted in. Nivison contributed to his own cause as he added three hits and an RBI.

Stratford scored a run in the first inning and Masuk answered with two in the bottom half of the frame. Minnick had an RBI double and Nivison drove in the go-ahead run with a single.

With Masuk clinging to a 2-1 lead in the third, Stratford’s JJ Romatzick singled leading off, but Masuk catcher Andrew LaBella retired Romatzick with throw to second to prevent a stolen base.

“That was a big momentum changer — a real pick me up for the team,” Masuk Coach Brian Hourigan said.

Nivison walked the next batter but retired the next two batters to end the inning. 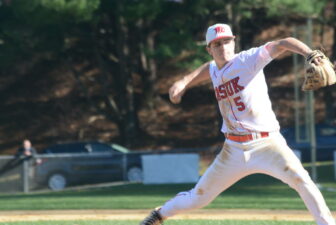 Greg Nivison combined with Colin Jarnutowski to pitch a gem in an 8-2 Masuk win over Stratford.

“Our pitcher settled down. He started throwing a lot of strikes. We got some hits from the middle of our lineup,” Hourigan said.

The Panthers built a 5-1 lead in the third. Perez singled, stole a base and scored; Kaige Garrity delivered an RBI triple; Minnick singled home a run; Nivison singled; and Scalia singled to plate the third run of the frame.

Stratford got a run back in the fourth. Nivison retired the first two hitters but issued a two-out walk and gave up an RBI double off the bat of Zach Rider. That was all Stratford would do offensively.

Masuk tacked on three more in the fifth. Minnick and Nivison both singled and scored; and Scalia had a two-run single in the inning. 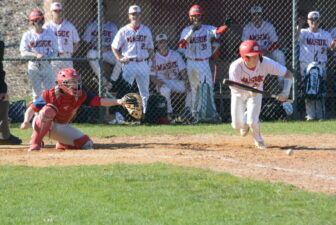 Andrew LaBella lays down a bunt for Masuk in its 8-2 win against Stratford.

“Overall, great team effort. We got some contributions from a lot of places,” said Hourigan, whose team played errorless ball.

The Panthers improved to 4-3 overall and 3-1 in South-West Conference play. Stratford dropped to 4-5.