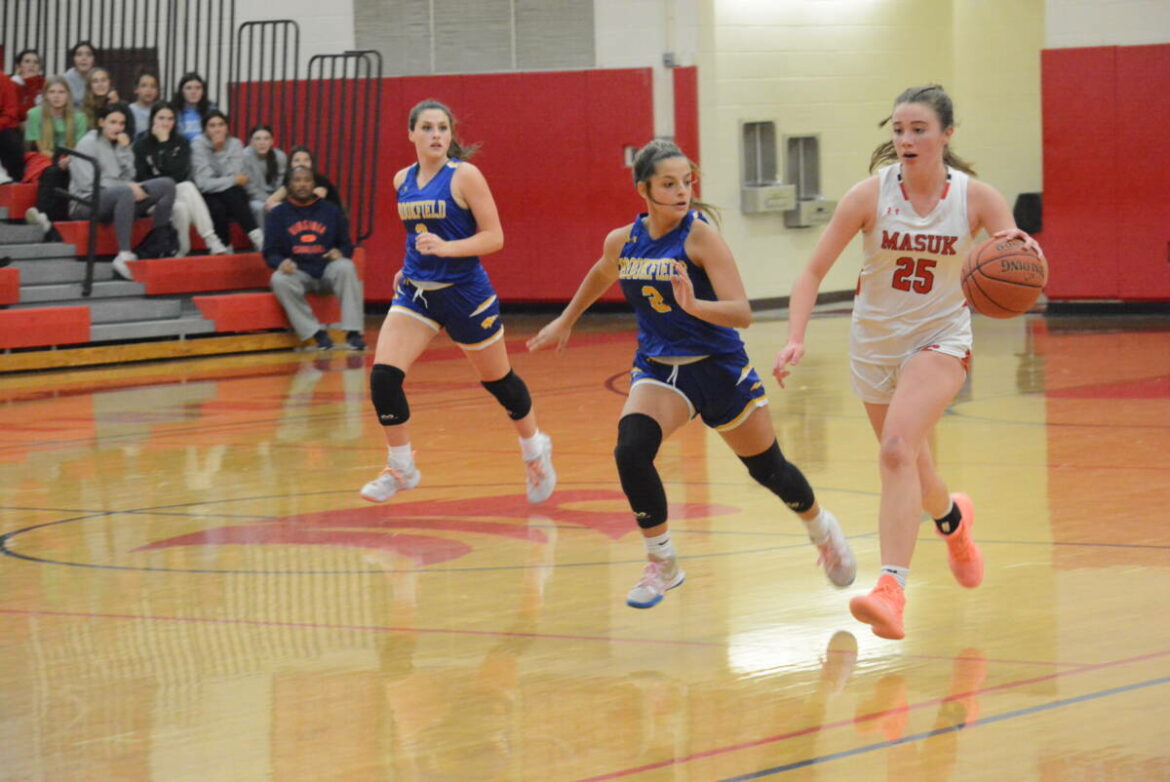 Grace Kearney dribbles the ball during Masuk's 34-33 loss to Brookfield on Friday.

Masuk led 17-16 at the half before falling behind 28-22 in the third quarter. It was 28-25 after three, and the Panthers clawed back for a pair of late leads before the Bobcats scored a game-deciding free throw with three seconds left.

Down 30-29, the Panthers seized the lead on a pair of Bailey Bajda free throws with 1:03 to go. Brookfield went up two points on a 3-pointer with 38 seconds left. Bajda scored on a layup with nine seconds to go to even the score at 33 apiece. Rylee McGee was fouled and hit one of two shots for the difference.

Both teams struggled from the foul line in the fourth quarter. Masuk was 8-for-15 from the free throw line and Brookfield was 6-for-19 from the stripe overall in the game.

Masuk gets a quick-turnaround chance to bounce back with a 3:15 p.m. home tilt with Shelton on Saturday.