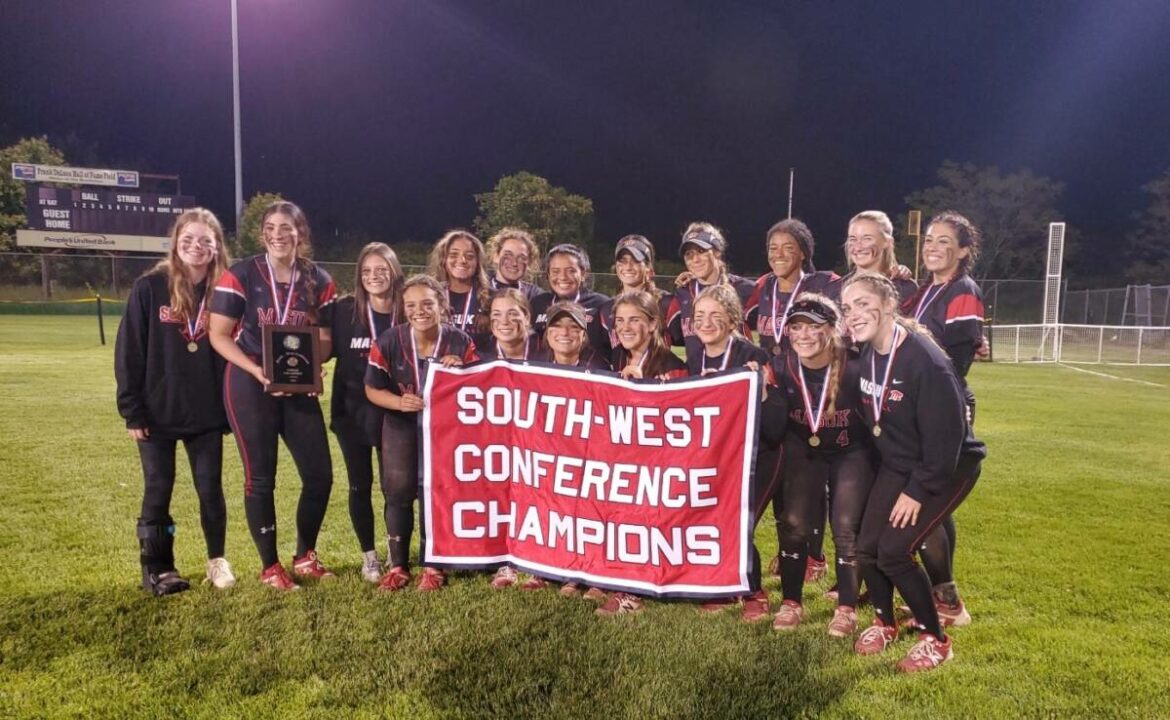 STRATFORD, CT — Masuk High’s softball team won its fifth consecutive South-West Conference championship and did so in thoroughly convincing fashion with a 12-0 triumph over No. 3 Brookfield at DeLuca Field Wednesday night.

“I am so, so proud of them to win this one,” said Coach Leigh Barone. “They have bounced back from our first loss of the season to win 22 in a row.”

The top-seeded Panthers got a one-hitter from pitcher Kat Gallant who walked one and struck out 13.

Gallant contributed with the bat as well, collecting a pair of hits, including a double, while driving in two runs.

Natalie Lieto homered and drove in three runs. Ella Bunovsky was 4-for-5 with two RBIs and two runs scored. Sarah Falcone went 4-for-5, knocked in a run and scored twice.

The boys’ volleyball team won its SWC semifinal with a 3-1 win at Newtown.

Check back for more coverage of these teams.