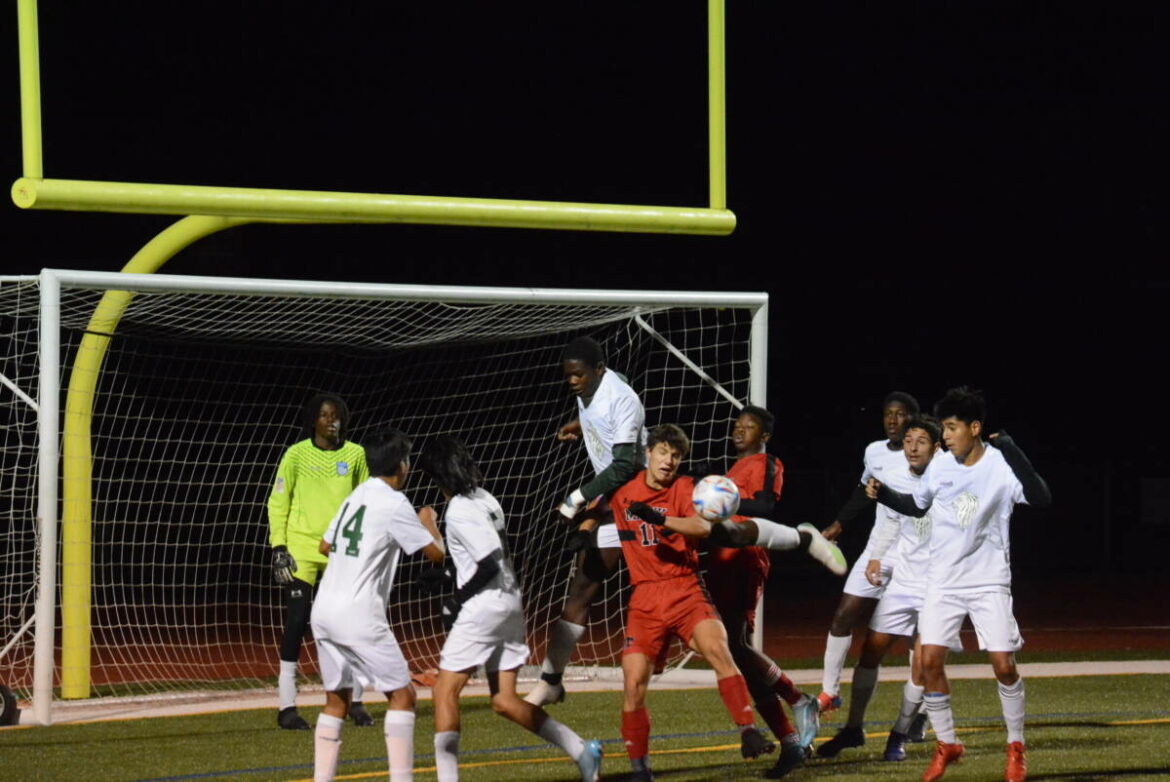 Roger Fekete (No. 11) and Hadara Sisay battle Bassick players for the ball off a corner kick during Masuk's 1-1 tie on Friday night.

MONROE, CT — The Masuk High boys soccer team settled for a 1-1 tie with visiting Bassick in a nonconference game under the lights on a chilly and windy Friday evening in Monroe.

Roger Fekete scored on a free kick in the opening half. The game was tied at the half and there was no scoring after the break, although the Panthers very nearly went ahead with a forced turnover and near miss just a half minute out of the break.

Masuk mustered a few late-game corner kick chances, but could not cash in.

Chris Simoulidis made a handful of stops in goal for the Panthers. David Aguilar and Riley O’Donnell played well on the back and midfielder Tristan Pike also did a nice job to shut down opposing forwards.

Masuk Coach Brendan Cavanaugh was pleased with the way his team contained Bassick standout Joao Miranda. “I knew coming in Bassick was fast and athletic,” the coach said. “I thought defensively we did a great job.”

Cavanaugh, however, felt his team missed an opportunity to earn a win.

“This is a learning experience for us,” Cavanaugh added. “We need to play with that intensity for the entire game, not in spurts.”