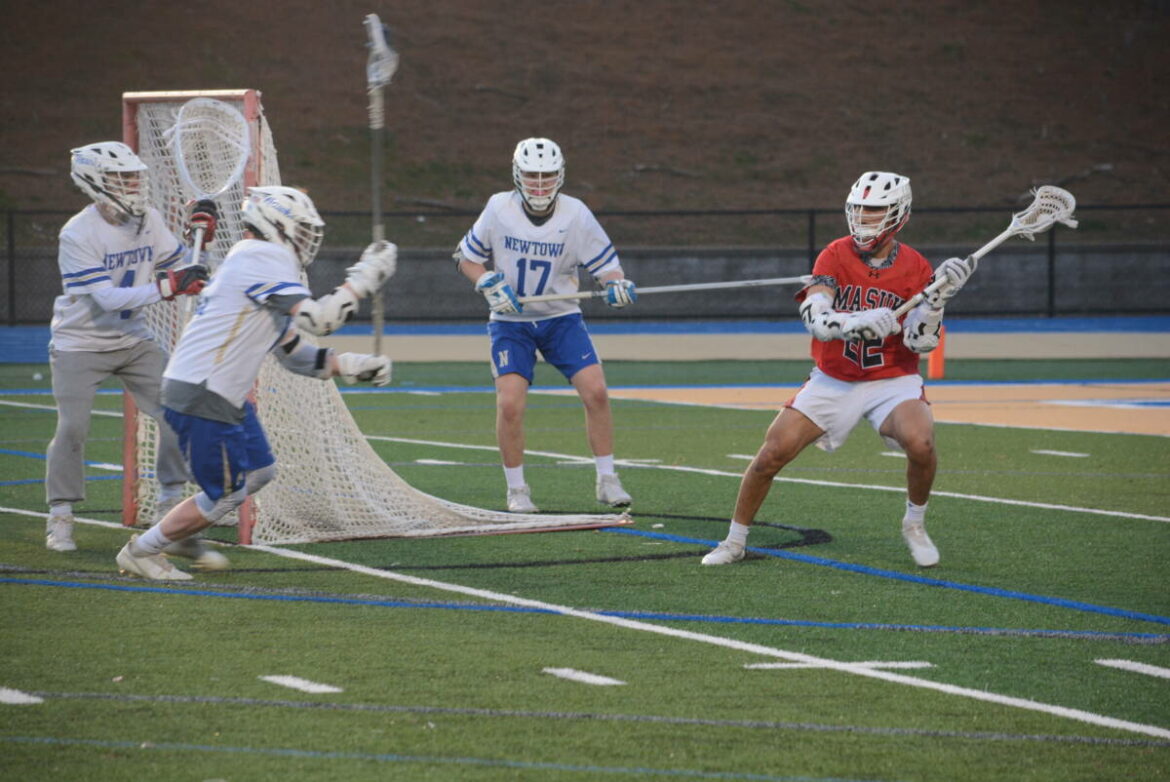 The Panthers' Kyle Beckett plays close to the net in a game against Newtown.

NEWTOWN, CT — Masuk High’s boys lacrosse team has come away with a pair of early-season victories and given its opponents a challenge each time out on the field this spring.

Coach Derek Flynn’s Panthers won two of their first three games, defeating Shelton 4-3 on April 2 and bouncing back from a 6-4 loss to Trumbull on April 5 with an 8-6 victory over Pomperaug two days later. Eamon Quinn had three goals and Jack Nugent scored twice in the win.

Masuk lost 11-4 at Hall on April 9 and hung close with host Newtown, trailing by just a goal in the fourth quarter before falling 10-6 on April 12. Masuk took visiting New Fairfield to overtime before falling 6-5 on April 14.

Kyle Beckett scored a hat-trick against Newtown, netting his third goal midway through the fourth quarter, but that was as close as the Panthers would get in this tightly-contested battle. Masuk goaltender Colin Deering kept his team in the game with some key saves.

“I think every game we’re getting more comfortable as a unit, as a team,” Flynn said.

Masuk’s coach said the defense, led by LaGuardia Ryder, has been tight and led to offensive opportunities with Kyle Sutfin helping lead the transition game. Beckett has been Masuk’s top scorer and Quinn has been a solid finisher on the offensive end of the field, Flynn said. Killian Irish-Donini has also been a leader on the offensive end.