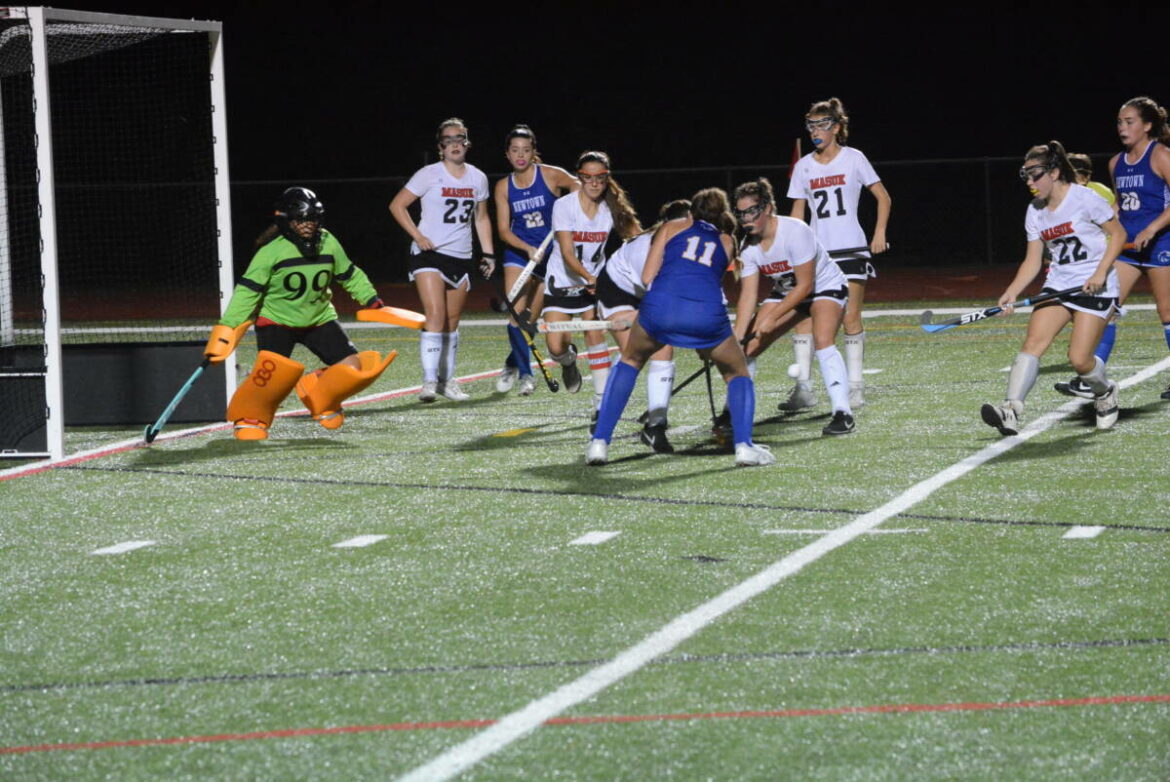 Masuk goaltender Valerie Vilca and the defense have held opponents scoreless through regulation in three of four games to begin the season.

MONROE, CT — Masuk High’s field hockey team went to overtime in consecutive games, and in the process proved it is a team to watch in the South-West Conference this fall.

The Panthers had a scoreless draw with SWC North Division champion New Milford on Sept. 17. Masuk then took another of the conference’s top teams in recent years, Newtown, to overtime before falling 1-0 on Sept. 22. Newtown’s Izzy Butler scored 22 seconds into the 10-minute 7 on 7 OT period.

Goaltender Valerie Vilca and the Panther defense have held opponents scoreless through regulation in three of four contests to begin the year. 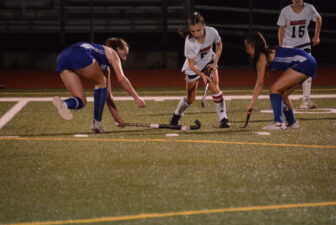 “It was a great game — very competitive,” Foley said after the Newtown matchup, adding that the Nighthawks marked Masuk’s top scoring threats. “They were good. They picked out our players and double-teamed them.”

The competitive games are both encouraging and a bit disappointing for the Panthers given the outcomes.

“It’s so close. So many good shots and so many great saves. The desire for the players is really there,” Foley said.

The Masuk coach added that this tough stretch of games early in the season, including a 4-3 loss to Joel Barlow, is a good test for her team to find areas in which it needs to improve.

Masuk will visit unbeaten Pomperaug, which blanked Barlow 1-0, on Saturday, Sept. 25, at noon. The Panthers return home to take on Weston, a team they defeated 7-0 to open the season, on Monday, Sept. 27, at 6:30 p.m.