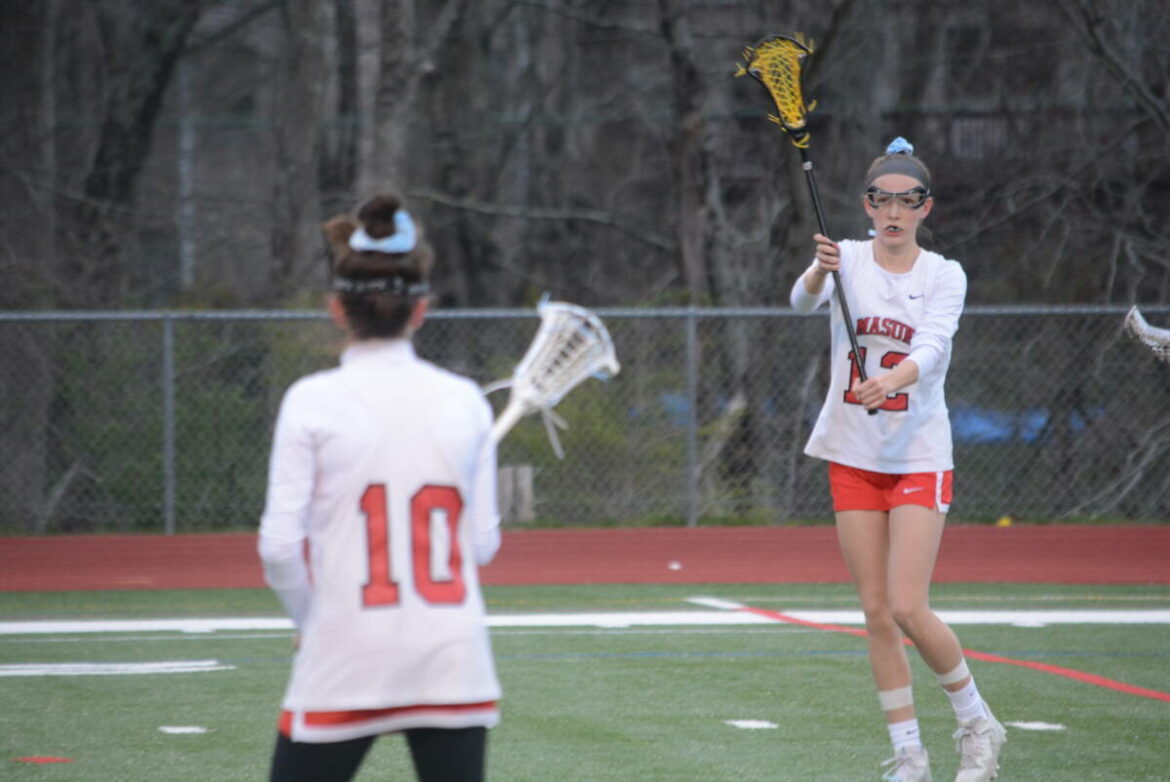 Juliana Pagano led Masuk with 10 goals in a 16-7 state playoff win over Sheehan of Wallingford Friday. This photo is from earlier in the season.

WALLINGFORD, CT — Juliana Pagano scored 10 goals to lift the Masuk High girls lacrosse team to a convincing 16-7 win at Sheehan of Wallingford in the Class M State Tournament quarterfinals on Friday. Masuk is the No. 5 seed and Sheehan the No. 4 team.

This marks Coach Rob Troesser’s Panthers’ second trip to the Class M semifinal round in the three years state playoffs have been held.

Masuk will face top seed Guilford, the team that eliminated the Panthers in last year’s quarterfinals when Masuk was the No. 6 seed and Guilford the No. 3 seed.

Pagano’s first goal, just 30 seconds into the game, set the tone that Masuk was not going to be ousted in the quarterfinals in back-to-back years.

The Panthers finished the game shorthanded after acquiring a fourth yellow card, but that did not slow them down, as Masuk added a few late goals to keep a safe lead.

The Masuk-Guilford winner will face either No. 11 Joel Barlow or No. 15 St. Joseph in the title game at Sacred Heart University on Saturday, June 11 (time to be determined).