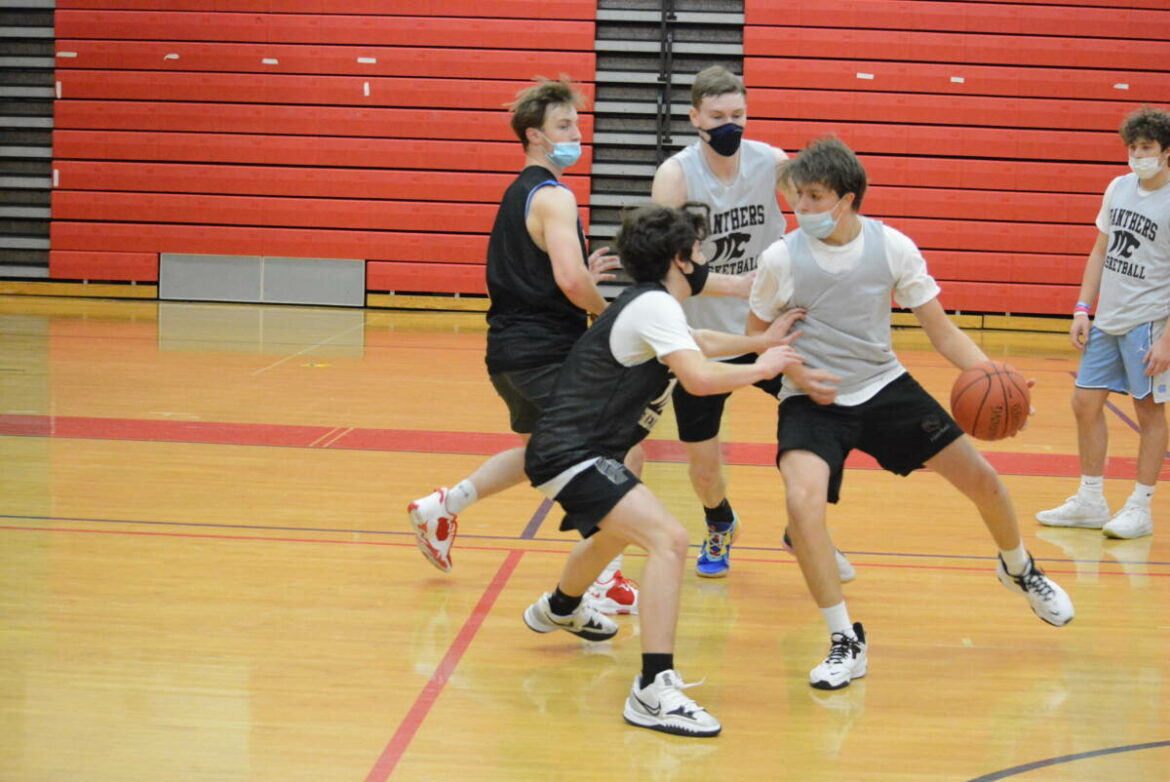 Dylan Jackson dribbles the ball and is defended by Ben Londono (front in black) as Sean Minnick (back in black) and Jeremey Everlith (gray in back) compete during preseason practice.

MONROE, CT — Masuk High’s boys’ basketball team is set to tip off the regular season and Coach Peter Szklarz is looking for his team members to put in maximum effort to compete in the tough South-West Conference.

“I’m looking for them to play defense and play hard, and outwork teams. That’s going to be our calling card,” Szklarz said.

The Panthers are led by captains Brandon Francisco and Sean Minnick. Others who will be looked to for significant contributions are Frank Piscitelli and Jeremey Everlith.

Defending conference champion Notre Dame-Fairfield, Kolbe Cathedral, Immaculate and Newtown are among teams Szklarz expects to be most challenging, but there is generally a lot of parity throughout the SWC and Masuk’s coach isn’t taking any opponents lightly.

As things stand heading into the season, basketball players who are vaccinated will be able to play games without masks, fans will be permitted with each district giving final approval, and a state tournament will be held. Last year State playoffs were not held due to coronavirus concerns.

Masuk’s season begins Thursday, Dec. 16, with a visit to Trumbull at 7 p.m. Out of conference action continues two days later with a short trip to Shelton for another 7 p.m. tip. Masuk’s first home game is set for Tuesday, Dec. 21, when Kaynor Tech visits at 7 in the first of four straight home games that spill over into the new calendar year. Masuk hosts Cheshire, St. Joseph, and then its first conference rival, Stratford, before going back on the road.

An early-February visit to Fitch breaks up the conference slate.