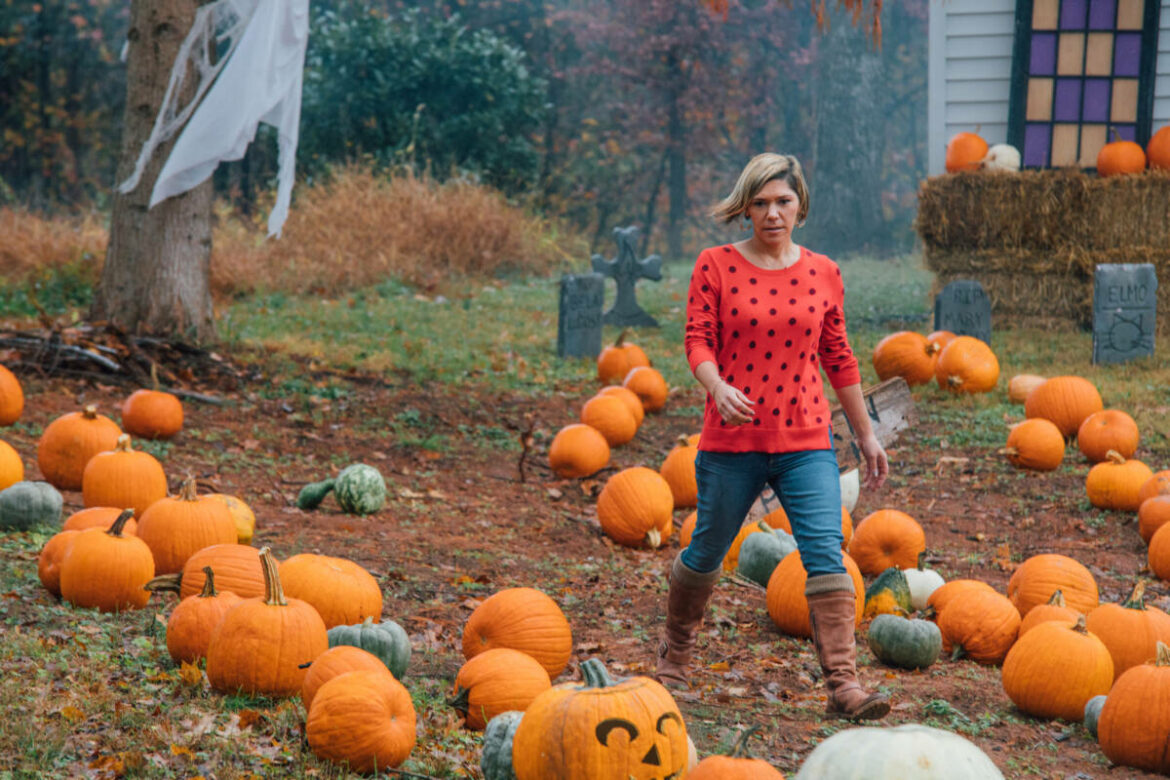 Chrissy Scarpati searches the pumpkin patch for pumpkin to carve, as seen on "Outrageous Pumpkins," Season 2.

Alyson Hannigan returns as host of the four episodes, which take the traditional Halloween pastime to the next level. Seven extraordinarily talented pumpkin carvers duke it out in an outdoor pumpkin competition that defies imagination.

Each week the carvers dive headfirst into the most-insane, eerie, and outrageous challenges, executing their intricate Halloween designs to impress judges Terri Hardin and Marc Evan. Only one will earn the coveted title of Outrageous Pumpkin Champion and take home a sweet $25,000 Halloween treat.

All episodes will be on Sunday at 10 p.m., airing on Food Network and streamed on Discovery+. 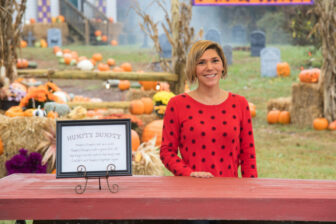 Host Alyson Hannigan gives the seven carvers their first challenge in the outdoor pumpkin arena: Turn three pumpkins into jack-o’-lanterns depicting a cursed nursery rhyme. Then the stakes are raised with a minimum of five pumpkins needed to create a terrifying jack-o’-lantern display depicting what lies beneath the ocean. Judges Marc Evan and Terri Hardin pick their favorites, and one competitor is sent packing.

Alyson Hannigan challenges the six carvers to depict a flavor reaction – salty, sweet, sour or spicy – with detailed 3-D face sculpting. Then they get to flex their imagination as they create a gigantic Halloween feast for a special guest of honor. From 3-D frog brains to pumpkin pepperoni pizza, judges Marc Evan and Terri Hardin have their work cut out for them to decide who goes home and who remains to fight for the title of Outrageous Pumpkins Champion. 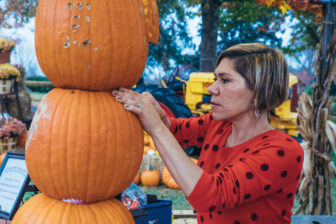 In the finale, host Alyson Hannigan challenges the remaining four carvers to create a hero who has 30 seconds to save the world fr

om doomsday. Then they must incorporate their hero into a 5-foot-tall scene depicting the end of the world and featuring world-famous Atlantic Giant pumpkins. Judges Marc Evan and Terri Hardin decide which carver is crowned Outrageous Pumpkins Champion and takes home the $25,000 prize.