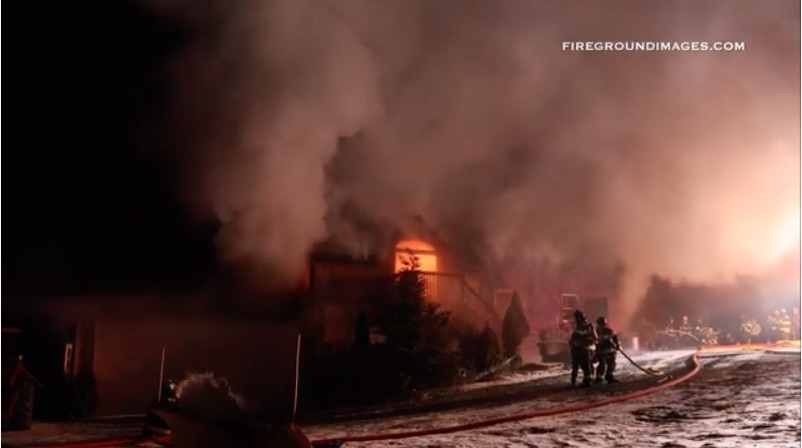 MONROE, CT — One firefighter was taken to the hospital with injuries and later released after battling a blaze at a barn in the 400-block of Wheeler Road Saturday night.

A dog escaped uninjured and nine of 10 vehicles were saved as firefighters from Monroe, Stepney and Stevenson quickly attacked the fire in the two-story barn with attached garages, according to a post on the Monroe Volunteer Fire Department’s Facebook page. The call came in at 10:30 p.m.

The Monroe Volunteer Emergency Medical Service, which also responded to the call, transported the injured firefighter to the hospital.

The cause was accidental in nature due to a heating source, firefighters said, adding it was stubborn to extinguish. Crews operated on scene until 3 a.m. and then had several hours of clean up as hoses and equipment had become frozen.