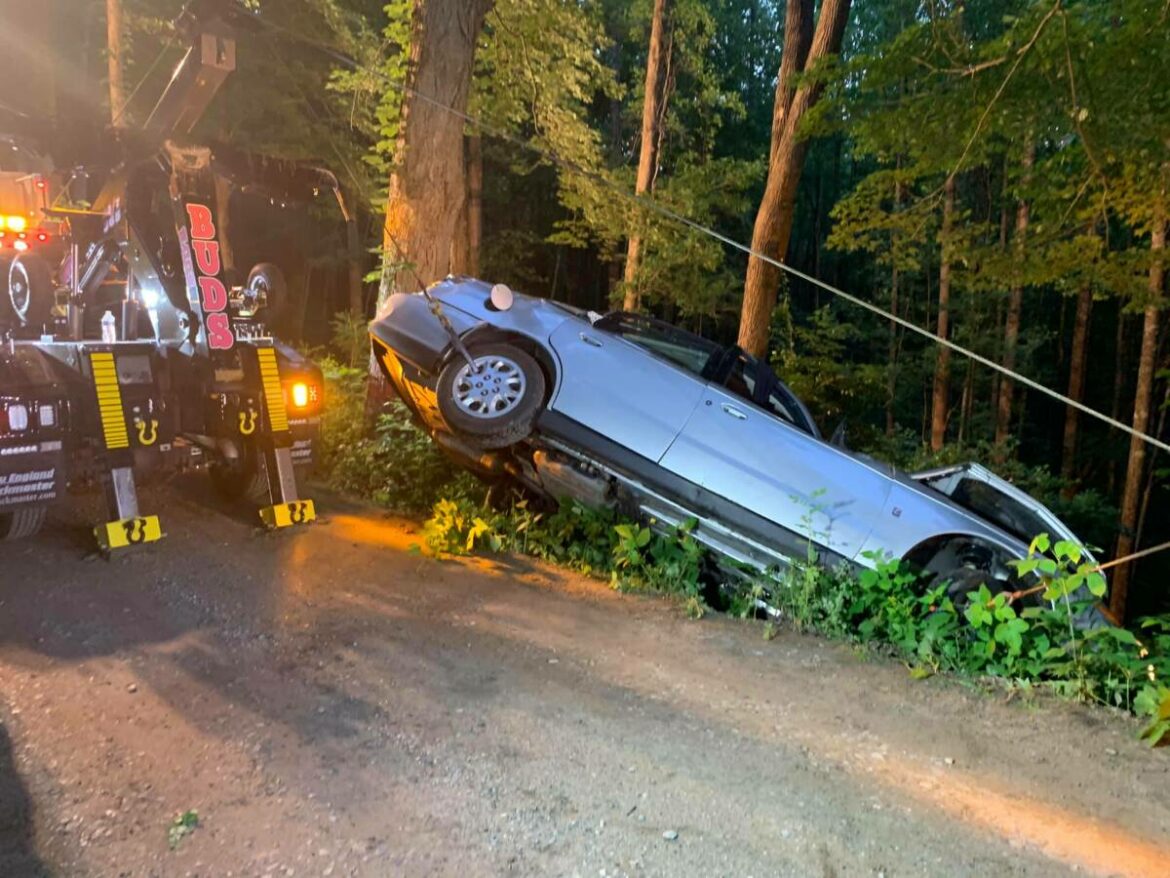 Bud's Truck and Diesel Service pulls a Saturn out of the woods after a one-car-crash at Webb Mountain Park Tuesday night. Stevenson Volunteer Fire Co. photo

MONROE, CT — A Shelton woman was charged with DUI after losing control of her silver Saturn L200 on Old Fish House Road and going down an embankment, before her vehicle ended up on its roof Tuesday evening.

Mejnartowicz was also charged with driving too fast for conditions and released on $5,000 bond for a future court date.

On Tuesday, police officers were dispatched to the area of 90 Old Fish House Road, in Webb Mountain Park, around 6:46 p.m. to respond to the report of a motor vehicle accident and found the Saturn down the embankment.

Monroe and Stevenson firefighters also responded to the scene. 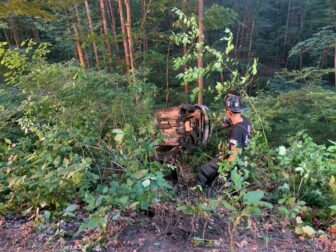 A Saturn went off the road and ended up on its roof at Webb Mountain Park Tuesday night. Stevenson Volunteer Fire Co. photo

In addition to the fire trucks that responded, firefighters brought an ATV to handle the park terrain.