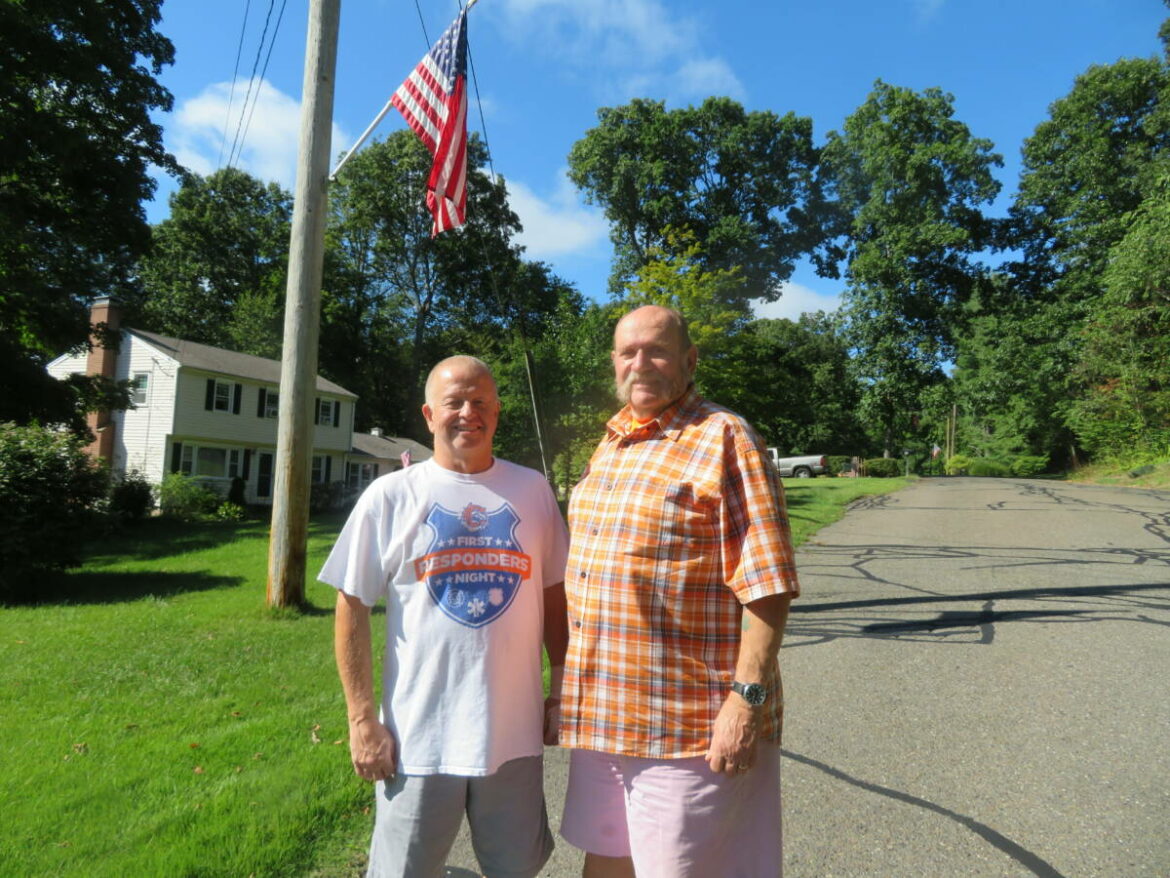 Peter Stansfield, left, and Frank Bent are proud of the American flag display on their street, Highridge Drive.

MONROE, CT — Frank Bent remembers a recent drive with his wife, Johanne. The couple rode along Highridge Drive and admired the American flag display — all the way from Boot Shop Lane to the end of their street.

“It was a beautiful day, green and lush,” Bent said. “Wind blew the flags. It was like a Hollywood movie — just beautiful.” 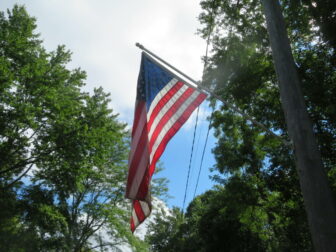 The Bents and their neighbors are proud of their flag display, which they put up for every national holiday, from Veterans Day and the Fourth of July to Labor Day. Last Monday, it was scheduled to come down again.

Bent and Don Nunn started the project 11 years ago, on the 10th anniversary of 9/11, and the flag display quickly became a tradition. Highridge Drive had 17 flags and over the years, some residents on nearby Winslow Terrace and Richards Drive put flags up too.

“When we first bought them, the neighbors chipped in,” Bent said of the flags.

Peter Stansfield, a neighbor and former Fairfield police officer of 29 years, uses his pickup truck and a ladder to put the flags up on utility poles with the help of Brian Sullivan, who also lives on the street. 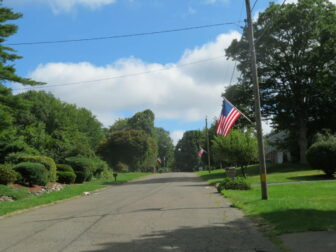 “It depends on the weather,” he said. “If Memorial Day is going to be a rainy weekend, we’ll put it up early and take it down after, when it is dry.”

Stansfield always errs on the side of safety.

“I used to stand on the rails of my pickup truck to put the flags up. Now, I’m too old for that,” he said. “It’s easier to climb a ladder.”

Stansfield said he will never put up the flags when there is snow on the ground, because the ladder could slip.

Bent, who used to teach American history at the high school and college levels, said the flag display “shows a devotion we have for our country and the patriotism of its people.”

“And it does show the bonds within our neighborhood,” Bent added. 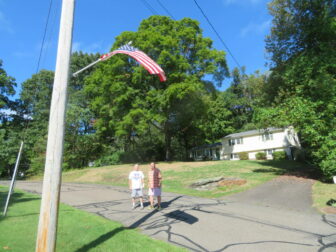 Stansfield, a volunteer firefighter of 43 years and current president of the Stratfield Volunteer Fire Department, said an Army veteran on the street always thanks him when he sees him putting the flags up or after the fact.

“He says, ‘I can’t tell you how much I appreciate it,'” Stansfield said.

3 thoughts on “On national holidays, Highridge Drive is decked out in Stars and Stripes”