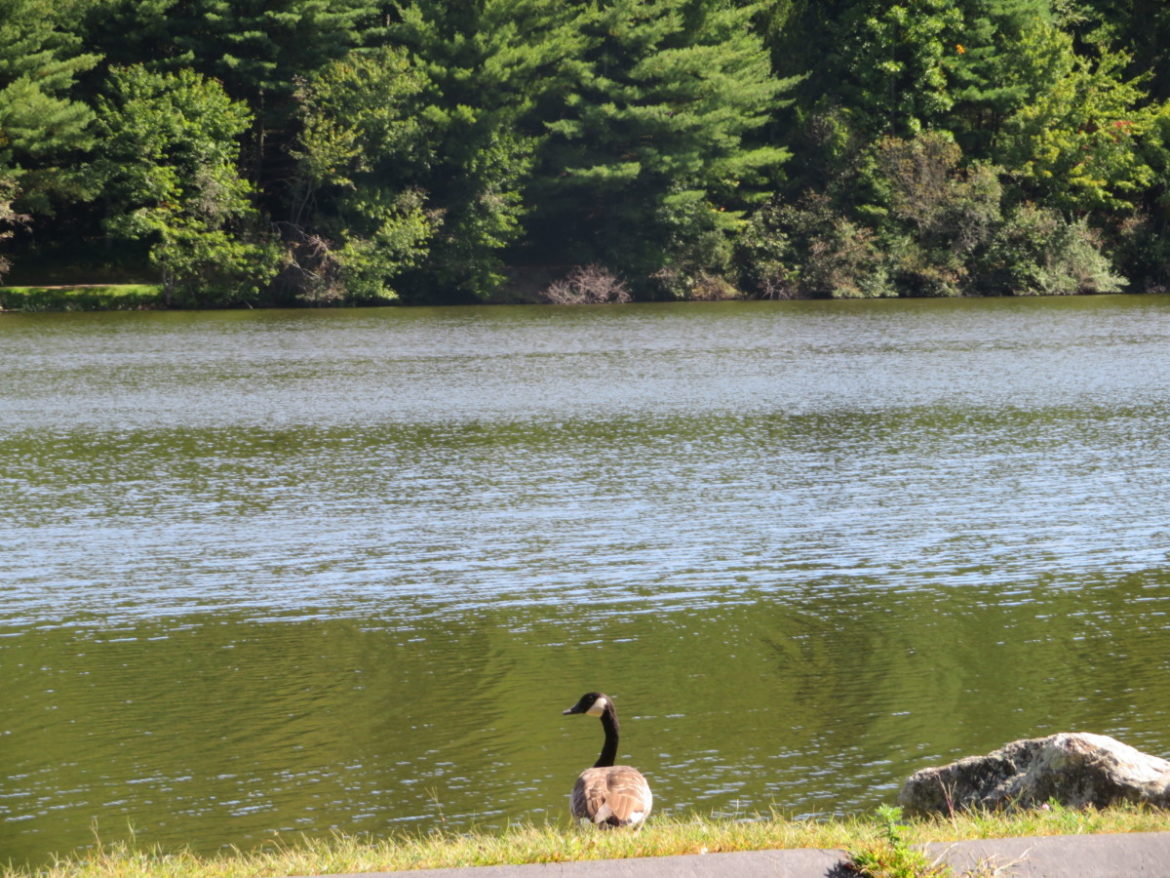 A Canada goose basks in the sunshine at the edge of Great Hollow Lake last summer.

Monroe offers recreational facilities at Wolfe Park, hiking and biking along the Rail Trail, and the Pequonnock River and Lake Zoar are among the natural resources contributing to the town’s scenic beauty.

The Plan of Conservation and Development outlines goals on how to protect and enhance those assets.

Work to revise and update Monroe’s POCD began in earnest with a workshop in the Masuk High School media center Monday evening. It focused on sections of the plan dealing with parks and recreation, the environment, open space and preservation.

Francisco Gomes, a project manager and urban designer with Fitzgerald & Halliday, Inc., the Hartford based consultant hired by the town, led the POCD Update Committee meeting.

“The last update was in 2010,” Gomes said. “We really need to figure out what’s most relevant and important to the community 10 years later in 2020.”

The state of Connecticut requires all municipalities to have a POCD and update it every 10 years in order to be eligible for state grants.

Gomes said a POCD is comprehensive, including the town’s physical attributes, data on housing, population, transportation, infrastructure and student enrollment. It also includes plans for development and protecting natural resources.

“We’re breaking it down into pieces with these meetings,” Gomes said.

Town Planner Rick Schultz scheduled a series of focus group meetings with town officials, boards and commissions to analyze each section of the POCD and come up with recommendations.

The next workshop, on housing, community facilities and schools, is tonight at the Masuk media center at 5 p.m., with transportation and infrastructure at 7 p.m.

Though members of the public are welcome to attend, a community workshop will be scheduled and Fitzgerald & Halliday will conduct a community survey to garner input from residents. 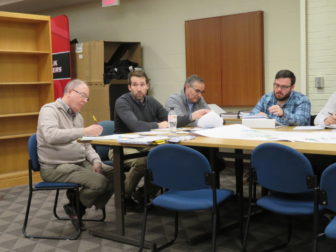 Domenic J. Paniccia, a Planning and Zoning Commission member, said he was concerned about eurasian milfoil, an invasive weed that grows in Lake Zoar.

Park Ranger and Tree Warden David Solek said the town has a boat launch, adding bald eagles are thriving in the area.

“We have a little boat dock,” said Parks and Recreation Director Missy Orosz. “Residents with a boat pass can use a motorized boat.”

“The problem with the boat ramp is there’s no parking,” said William Porter, chairman of the Planning and Zoning Commission. “We would have to acquire a strip from the hot dog stand for parking to expand the use.”

William Agresta, the town’s planning and zoning administrator, said he would like to see more hiking trails by the lake. Porter said there are no connections between trails on the east and west side of town.

Gail Bunovsky, a former Conservation Commission member, expressed concern over toxins and heavy metals from the town’s industrial zone getting into the Boys Halfway and Pequonnock rivers.

“Anything being dumped,” she said. “It’s not far fetched. It will happen eventually.”

The town recently formed an Open Space Acquisition Committee and Gail Bunovsky said she is willing to pay higher taxes to preserve more land. “Not many places are left, and if we don’t grab it now, what’s gone is gone forever,” she said.

“We’re built out over 95-percent,” Ronald said. “It’s the same with the last POCD. We don’t have public sewers and are not likely to get them.”

He said sewers should not be included in the updated plan and expressed his opinion that there should be a moratorium on development until town officials find out how to protect the water supply.

Gomes said the town has to look at economic development too, while balancing Monroe’s needs. And Michael O’Reilly, vice chairman of the Planning and Zoning Commission, said the first selectman is already planning a feasibility study on sewers.

Gail Bunovsky said the Halfway River flows by the Stevenson Lumber property, which is a brownfield, so the town should consider how that property may be re-used.

Solek said a forestry plan is needed for Webb Mountain, where the town has the Webb Mountain Discovery Zone and in wooded areas of Wolfe Park.

Gomes asked if the emerald ash borer, a beetle that feeds on ash trees, is taking a toll on Monroe’s trees as the insect does in other communities.

Solek said the salt the town uses on its roads after winter storms is starting to kill sugar maples.

Norway spruce trees were a popular roadside tree in Connecticut, growing up to 100 feet tall, according to Solek. But heavy winds from hurricanes Sandy and Irene toppled them over all over town. He said the power company took down 1,428 roadside trees.

“My thing now is to preserve the trees — how to have beauty and aesthetics and keep it native,” Solek said, adding the town planted Native American Chestnuts in front of Edith Wheeler Memorial Library.

Wolfe Park is considered to be a jewel by many with its swimming pool, pavilions, ball fields and Great Hollow Lake.

Orosz said Wolfe Park is a jewel, but could use one or two more all-purpose fields and the swimming pool needs maintenance. “We’re trying to keep these resources pristine and viable for everybody,” she said.

She said there is always a fight in scheduling softball, lacrosse and soccer at the park. If more fields are added, Orosz said the park should install an irrigation system and add more parking and bathroom facilities.

Jonathan Stone, chairman of the Parks and Recreation Commission, said there is a plan for a splash pad on the pool side of Wolfe Park, but the playing fields are the priority.

Monroe public schools are generous in allowing Parks and Recreation to use its sports facilities for town programs when the schools are not, according to Orosz.

Stone said there is a call for equestrian trials and the town is trying to improve facilities for bicycles. Among the future needs of her department, Orosz said they could use a building large enough to store all of their equipment and more office space.

She also said Parks and Recreation is working on a manual for community policies, procedures and park usage.

Karen Burnaska, chairwoman of the Conservation Commission and the Monroe Land Trust & Tree Conservancy and Barbara Thomas, secretary of both, spoke at the table in the media center.

Burnaska said there is no town money to acquire open space, other than less-than-$20,000 from a fee in lieu of account. She said the town could bond or apply for state and federal grants for large tracts of land and look at conservation easements for smaller parcels.

Thomas said the Monroe Land Trust owns around 20 acres and does not have much money. “We’re looking at other towns to go more regional, as other land trusts have,” she said.