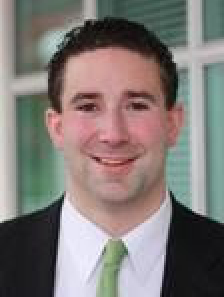 Immediately following law school, Jeremy worked at the law firm of Harlow, Adams and Friedman in Milford and practiced primarily in the areas of commercial litigation, bankruptcy land use/zoning, and State Appellate practice. In 2009, Jeremy joined a small general practice law firm in Fairfield, where he eventually became a named partner of Ferrara Hayden P.C. In 2014, he started his own law practice, The Hayden Law Firm P.C., located on Main Street in Monroe, where he practiced primarily in the areas of commercial litigation, municipal law, personal injury, land use, business representation and corporate law.

Jeremy was very involved in his local community, serving for several years on the Inland Wetlands Commission and, for the last few years of his tenure, serving as the commission’s chairman. He then was elected to the Planning and Zoning Commission, where he served as a commissioner and the secretary. Most recently, he was serving as the Town Attorney for the Town of Monroe, a role that he loved and at which he excelled.