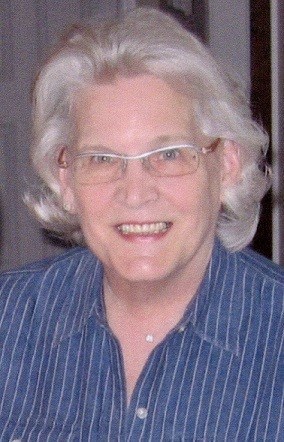 Penny H. Hallgren passed away on Sunday, August 9, 2020 at Griffin Hospital. She was born Penny Harma Osterberg on July 13, 1944 in New York, N.Y., and was the daughter of John and Hulda (Harma) Osterberg.

Penny is survived by her beloved husband of 52 years, Peter Hallgren, her sister Greta Crilley, her son Matthew and his wife Margot (Wiatrowski), her son Wyatt and his wife Meredith (Mickel) and her beloved grandchildren Elin and Grayson.

Penny graduated from Concordia College, and received her Bachelor’s degree from Sacred Heart University, traveling to Spain on a special trip through one of her courses.

She worked as a librarian in the Monroe school system, as well as the Pequot Library in Southport. A long time resident of Monroe, Penny was an avid reader of history, a collector of antiques and royal memorabilia, and she enjoyed spending summers at her family home in the Upper Peninsula of Michigan.

She was preceded in death by her parents, Hulda and John, and her brother Jon Osterberg. Penny’s family would like to thank the entire medical and support staff at Griffin Hospital for the personal care and extraordinary effort made to ensure her comfort during her hospital and hospice stay.

In lieu of flowers, donations may be made in Penny’s name to Griffin Hospital Hospice Care or to a local public library. Services will be private.