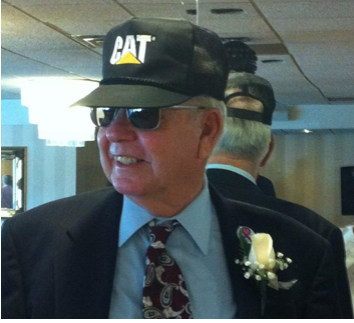 Arnold Hurd DuBail, 81 of Shelton, formerly a long time resident of Monroe, passed away peacefully on April 11, 2020 surrounded by the love and many prayers of his family and friends.

Arnold is now home in the lord’s dwelling place reunited with his beloved wife of 51 years Joy DuBail.

Arnold endured many challenges over the last few years with courage and in his most recent illness, came a truly brave humility.

Born on February 5, 1939 to the late Fredrick DuBail and Martha Hurd DuBail.

Arnold spent his child hood growing up in Shelton where he enjoyed and shared in his many memories over the years of the Old Family Farm and Saw Mill. Reminiscing about his family and friends along the way. Going through Shelton was a joy ride down memory lane.

Through his teenage years he attended Bullard Haven Technical School in Bridgeport. After high school he would venture to Alaska on his own for 6 months.

Upon return he would then follow after his father in the construction field as a heavy equipment operator for more than 50 years, working for Lind, Tamarack and Fusco Construction. He spent time on the Pipeline and various other jobs. Arnold was a long time member of Operating Engineers Union Local 478.

Arnold was a true craftsman, he was gifted and talented on the job and off. He built several chimneys, stone walls and so much more over the years (for some he knew others he didn’t). If something broke or needed a repair a call to Ronnie went out and the two worked many hours on those 911 repairs. If you needed help he was there.

Arnold restored and worked on many projects at St. Peters Church and served on the Vestry as a Warden over the years. He was also a member of the Masonic King Hiram Lodge serving over 50 years.

In 1967 he began a project that would grow three children and host many others along the way. Arnold built his own home in Monroe and moved there with his wife and children in 1968. He remained there for 51 years. Later joining the Wesley Heights Assisted Living Community in October 2019. There he had many wonderful new caregivers and friends on his support team. Arnold resided there until his recent illness.

Arnold was predeceased by his wife Joy DuBail of 51 years, his parents Martha and Fredrick DuBail, brother in laws Robert, Bill and Warren and nephews David, Wayne and Dustin.

Arnold had a passion for many hobbies over the years from his engine endeavors with his buddy Matt. As well as the many clubs he enjoyed like the Model Engine Collectors Asociation and the yearly Antique Machinery Show in Kent (where he received several awards).

Arnold enjoyed many trips out West, to the many parks, Las Vegas the Grand Canyon among others with in with his Joy, sister Christine, brother in law Tom and more. He never missed a good trip to the casino over the years!

With his trademark Cat hat, Dickies work clothes and sunglasses you could see Arnold coming a mile away!! He loved heading out to Bill’s Drive-In to get a morning coffee and hang out with his buddies, proceeded by a trip to the Big Y, NSB and to get a few lottery tickets.

He wasn’t happy unless he was helping in some way or being a giver. He will be greatly missed. His words to all he loved that ended every conversation was I love ya now you “Go Easy”!!

He is loved and will be sorely missed by his children Mark DuBail (Maryellen and daughter Elizabeth Corey)of Derby, CT; Chris DuBail of Greenville, SC and Dawn Laughlin (John) of Monroe, CT.

He was a loving Poppy to his four grandchildren Lauren Bond (Max Perez) of Trumbull, CT; Doug Bond (Becca) of Tenn.; Nate Bond and Emily Laughlin (his little munchkin)of Monroe. They were the light of his life the “joy” he craved! He loved being involved in there daily endeavors and spending every chance he could with them.

Not to forget his little loves his kitties, marmy, sissy, mommy and spooky cat! Thank you to Ronnie, Martha, Tom & Christine for caring for them and giving them a loving home!

The family would like to extend their gratitude for the loving and caring health care professionals. Especially the Doctors Nurses and Techs at Bridgeport Hospital who went above and beyond!! Many many heartfelt thanks to dads precious Angel’s! We are forever grateful, Thank you. To our extended support team thank you for your many hours of prayer and compassion, Father Kurt, Pastor Ken, and Vitas Healthcare Team and Ministry all of whom cared for Arnold during his most recent illness. A heartfelt thanks to Wanda for her many mornings caring for dad and Our Wesley Heights family.

Due to the current CDC Federal guidelines and in keeping with public safety standards, the family will plan a Celebration of Life and burial when we are able to come together as a community of faith.

In lieu of flowers, Donations can be made to St. Judes Children’s Hospital. CMAK Foundation or St. Peters Church Monroe.