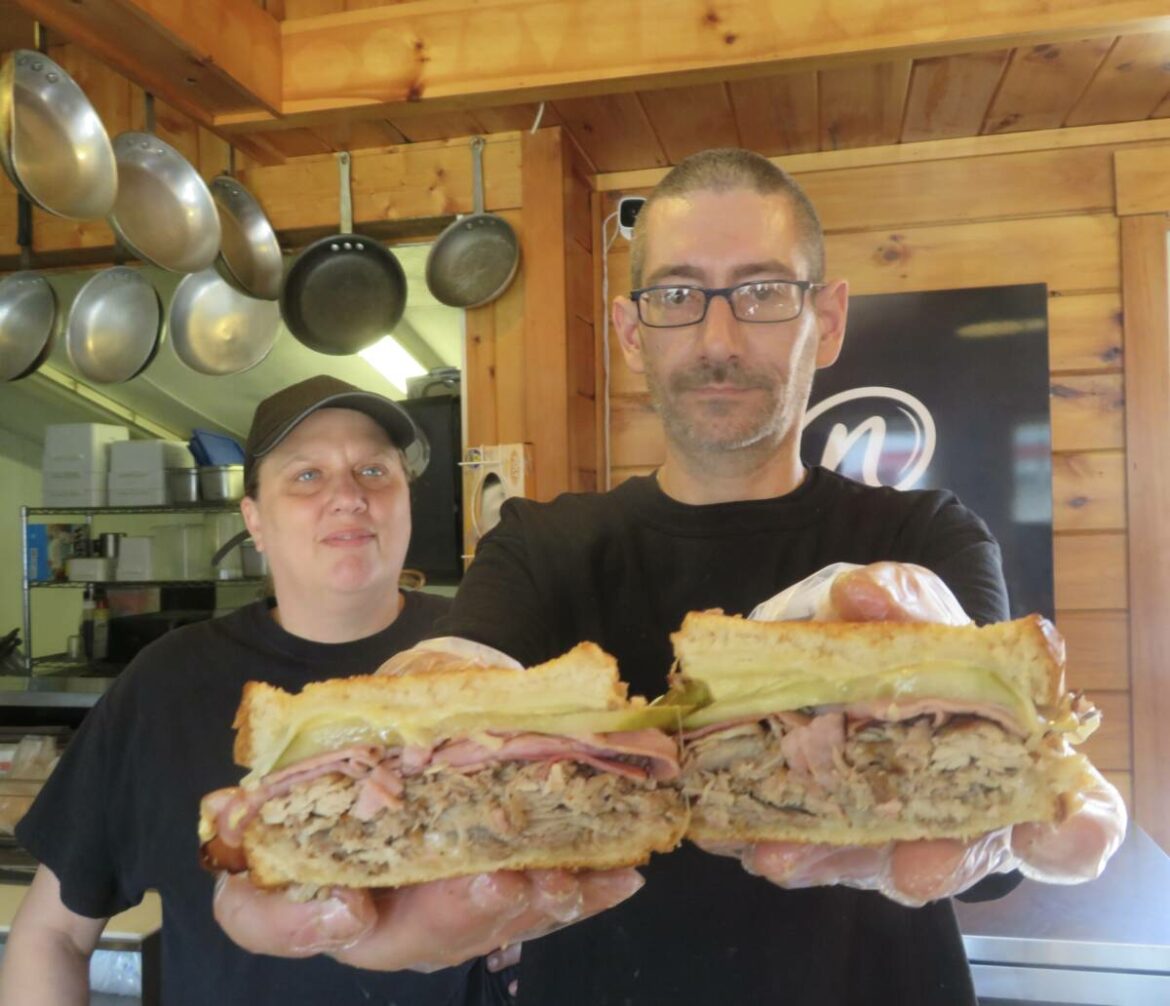 Sean May, right, owns and operates Nunnu's sandwich shop at 162 Main St, with his girlfriend, Joann Accioly, the general manager. He's holding up The Cuban Melt, Nunnu's most popular sandwich.

MONROE, CT — The Cuban Melt is the best seller at Nunnu’s sandwich shop, 162 Main St. Its patrons can sink their teeth into a juicy pile of slow cooked pork and Black Forest ham topped with swiss cheese, pickles and mustard between two thick slices of grilled sourdough bread.

“Having a great meal shouldn’t just be for a special occasion,” said Sean May, chef and owner of Nunnu’s. “Why can’t a sandwich be great?”

May, who grew up in Stratford, has been in the food business since he was 15, working as a dishwasher at Fagan’s Restaurant in his hometown. From there, he prepped salads and became a line cook before going to culinary school. 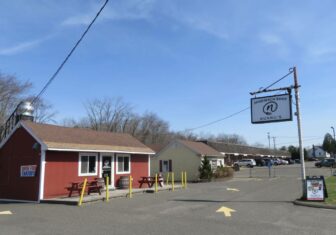 Nunnu’s sandwich shop is in the little red building at 162 Main St.

He earned his bachelor’s degree in culinary arts from Johnson & Wales University in Providence, R.I., and his career path went from fine dining to bar and grills, hotels, private restaurants and even food trucks.

“I was a manager for the 99 for five years at six different locations,” May said.

Throughout his stops, May dreamed of one day opening his own eatery.

“I always had this idea of having a menu with slow cooked meats instead of mediocre deli meats that you can get anywhere,” he said. “We have slow cooked meats. Our chicken, pork and beef are fresh, never frozen.”

Every sandwich place sell bags of chips and May thought, “what if I made my own, fresh homemade potato chips?” 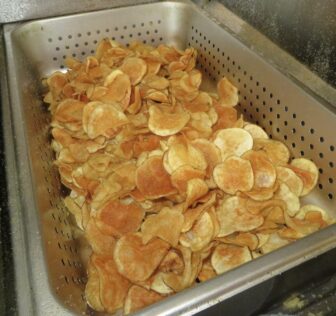 “We slice Idaho potatoes and fry them fresh every day. I had the idea and Joann perfected it,” he said of his girlfriend, Joann Accioly, the general manager of Nunnu’s. “Joann is the true mastermind behind the chips. That’s our only fried food. We have a dedicated frier and use 100 percent soybean oil and special seasoning — I can’t reveal that.”

Other popular items on Nunnu’s menu include Nunnu’s Cobb salad; The Classic: slow cooked roast beef, sautéed onions and cheddar cheese on a grilled sub, served with a side of gravy; and The Chipotle Cheddar: slow cooked chicken with barbecue sauce, cheddar cheese, roasted garlic and bacon on grilled sourdough bread.

Origin of the name 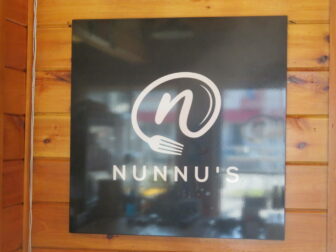 Nonna is the Italian word for grandma, but when May’s daughter, Leah, was a little girl she called her grandmother, Nunnu.

“The name stuck,” May said, adding his daughter is now getting ready for college.

May decided to name his eatery Nunnu’s and made a logo of a cursive “N” circling around itself with a fork at the end. “A designer cleaned it up,” he said.

“I’d been looking for a while,” he said. “This had everything that matches our concept. It’s close to home, has lots of parking and is very accessible. Monroe’s a great town.”

Closing in on its one year anniversary, Nunnu’s has already immersed itself in the community. May is a member of the Monroe Chamber of Commerce, his business is a sponsor of the Wiffle Ball Tournament for the Monroe Food Pantry, Nunnu’s held a toy drive and donated to the police department’s food and toy drives. 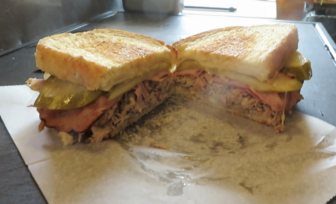 The Cuban Melt is the top selling sandwich at Nunnu’s, 162 Main St. in Monroe.

At the shop, first responders receive a 10 percent discount.

The Old School is American and cheddar cheese with tomato and bacon on grilled sourdough bread, served with tomato bisque.

“They’re always good,” Smith said of Nunnu’s. “Everything is freshly made. The staff is nice. I usually try to get here once a week. I highly recommend it.”

“We’re very excited,” May said of Nunnu’s first year. “We’re off to an excellent start. We’re establishing our regular customer base. Bringing a new concept, word of mouth is everything.”

May said, “Monroe is a very laid back welcoming town.”