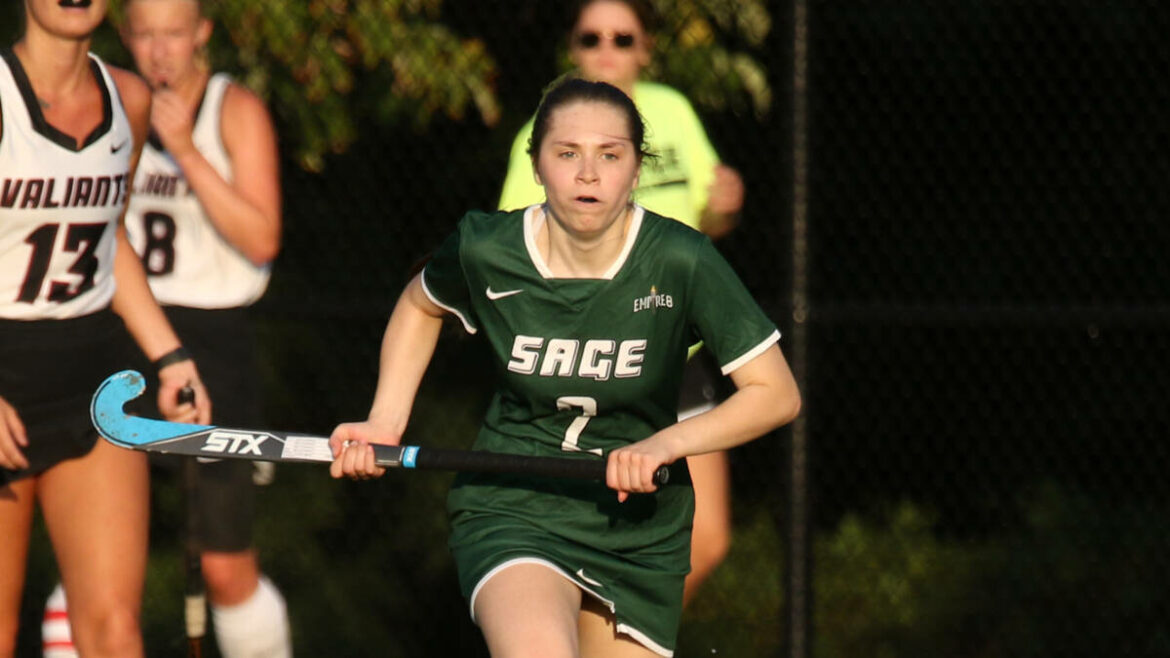 Tayler Haslob, of Monroe, in action as a midfielder for Russell Sage College’s field hockey team. 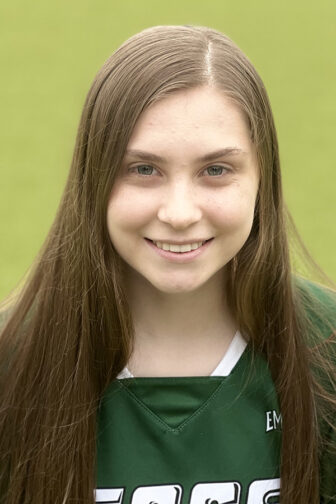 One member of each team was named that institution’s representative on the 2022 E8 Field Hockey Sportswoman of the Year Team. The Empire 8 Conference emphasizes that “Competing with Honor and Integrity” is an essential component of a student-athlete’s experience in conjunction with an institution’s educational mission. These honorees have distinguished themselves and consistently exhibit the critical traits as outstanding sportswomen.

Haslob, a 15-game starter for the Gators this fall, collected four defensive saves. She was part of a Gator lineup that went 2-13 overall and capped the year off with a thrilling Empire 8 overtime victory on the road over Elmira College, 3-2.

“Tayler is an amazing example of a person, who lets her actions speak louder than her words,” said Nick Pontari, the interim head field hockey coach. “Her ability to show up to work every day, and display amazing character, both on and off of the field, never fell short. We’re proud to have Tayler as part of our program, and represent Russell Sage as our Sportswoman of the year for Field Hockey.”

To share a notable achievement, email one or two paragraphs with the person’s name and what they did, along with a photo, to [email protected]