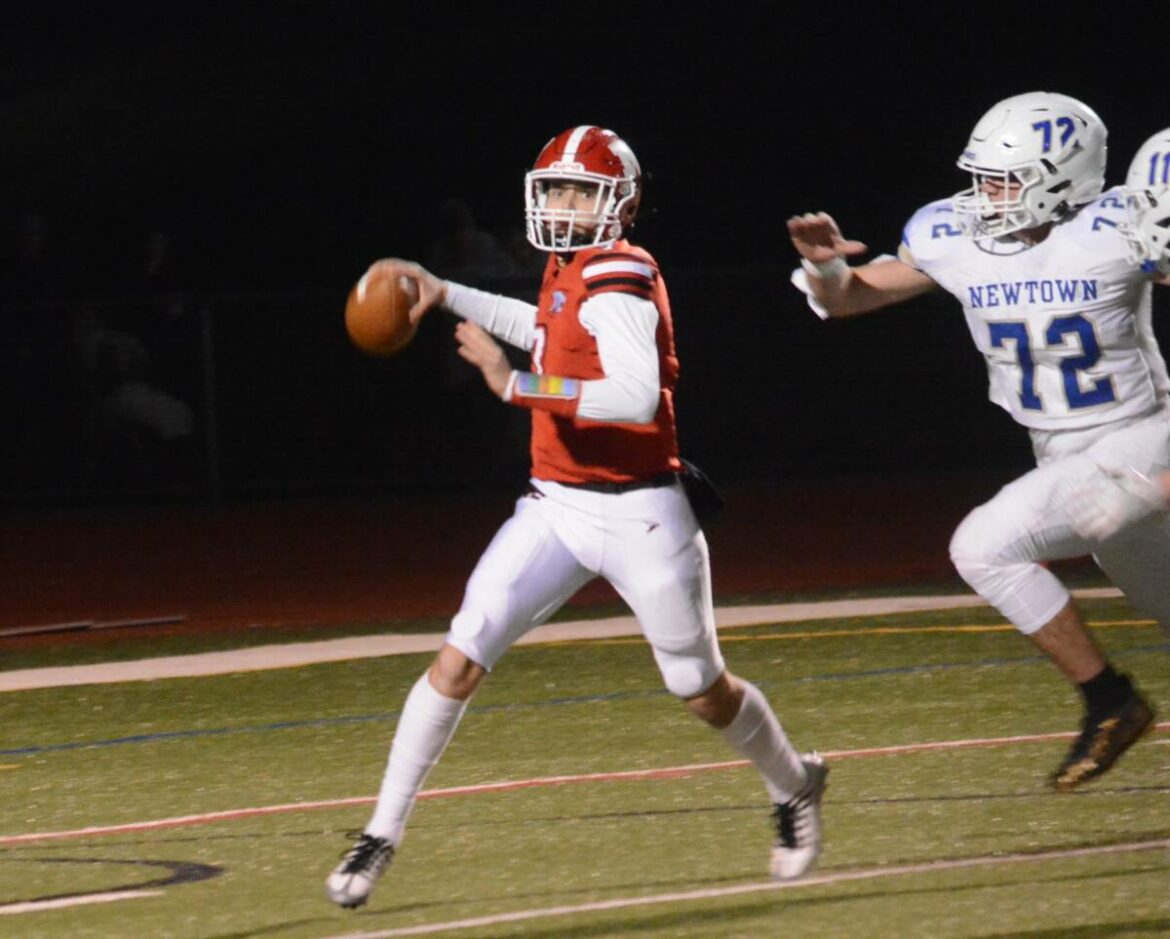 Masuk quarterback Dylan Jackson looks for an open receiver in an earlier contest. In a Class MM State Playoff semifinal game Sunday, he completed 21 of 33 pass attempts for 394 yards and three touchdowns.

KILLINGLY, CT — As had been the case all season long, Masuk High’s football team fought to finish. The Panthers came up a bit short in their Class MM State Playoff semifinal visit to Killingly on Sunday afternoon in a 54-51 loss.

In a game as high-scoring as a basketball tilt, the No. 7 Panthers put up their highest point total of the season behind some outstanding performances. No. 3 Killingly advances to face No. 5 North Haven in Saturday’s championship.

“I’m so proud of these kids. There’s no quit in them,” said Masuk Coach Steve Christy, noting that the future bodes well given he started nine sophomores this fall.

Looking ahead, however, is not easy at the moment.

Jason Champagne carried the ball 19 times for 179 yards and had five receptions for 75, totaling 254 yards, and scored a pair of touchdowns.

Shane Walker caught six passes for 98 yards and had a touchdown to go along with an interception on the other side of the ball.

Rob Klein had a career day with five catches for 166 and a pair of scores.

Deven LaRoche had four catches for 46 yards. Kyle Beckett rushed five times for 23 yards and scored a pair of touchdowns.