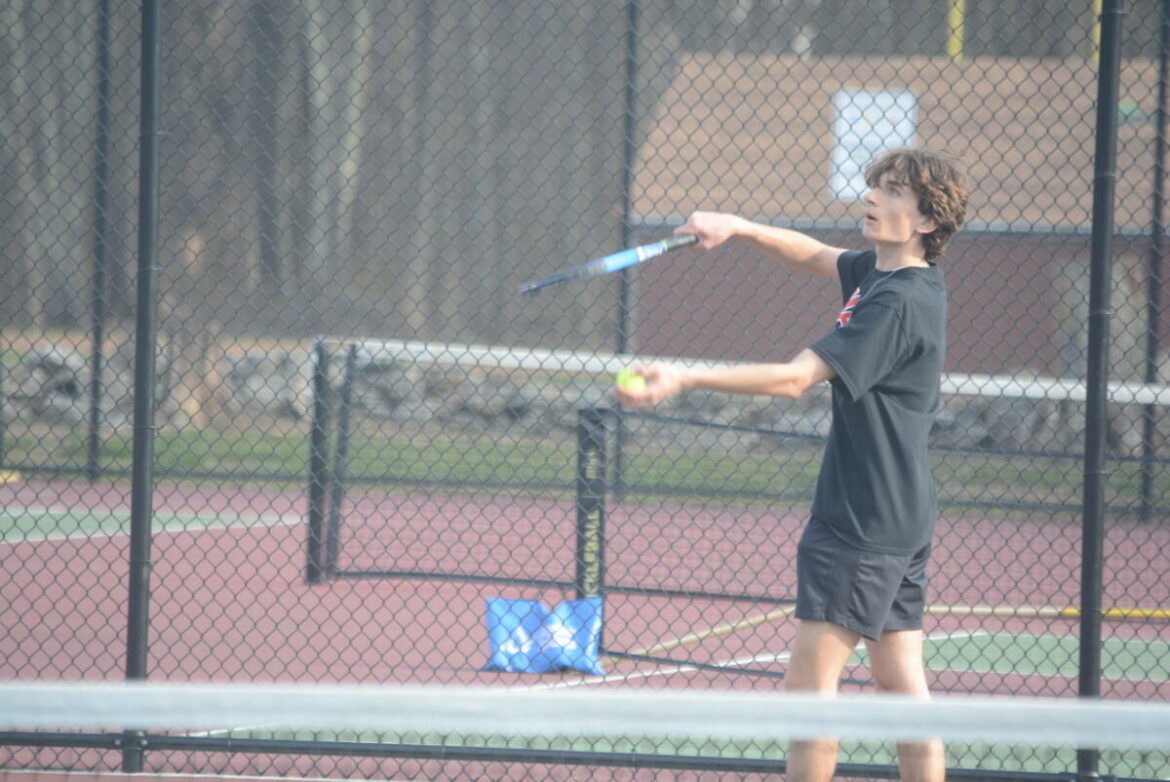 Aiden Silvestro of Masuk serves during a match earlier in the spring.

DANBURY, CT — Masuk High’s boys tennis team went on the road to take on Immaculate of Danbury on May 5, its first match since April 25. Despite two singles players out of the lineup for a school trip and most of the team’s lineup ladder being reshuffled as a result, the Panthers came out on top 5-2.

Coming off consecutive 7-0 triumphs, it was Masuk’s third win in a row for Coach Mark Alswanger’s squad.

With exception of captain Sidarth Anil at No. 1 singles, all had to play in a different position and, in the case of doubles team members, with a different partner.

Captain Owen Smith and Jack Dankenbrink, who usually play doubles together, once again needed to play singles and both of them won their matches.

The tandems of Daniel Sanchez/Sayer Judge and Kevin Hayes/Evan Boyle played very well in their doubles matches to pull out important wins, Alswanger said. Sanchez and Judge came back after losing the first set.

The Masuk coach said Sidarth “played like a true champion” and “defeated one of the best players in the league, Joel Wilson.”

“Yesterday’s match was all about a total team effort and the next man up,” Alswanger said.

Masuk’s next match is set for Monday, May 9, when Brookfield visits Wolfe Park at 3:45 p.m.

Detailed results from the Immaculate match:

No. 3 Kevin Hayes/Evan Boyle of Masuk defeated Will Doran/Patrick Backus 6-3, 6-1.