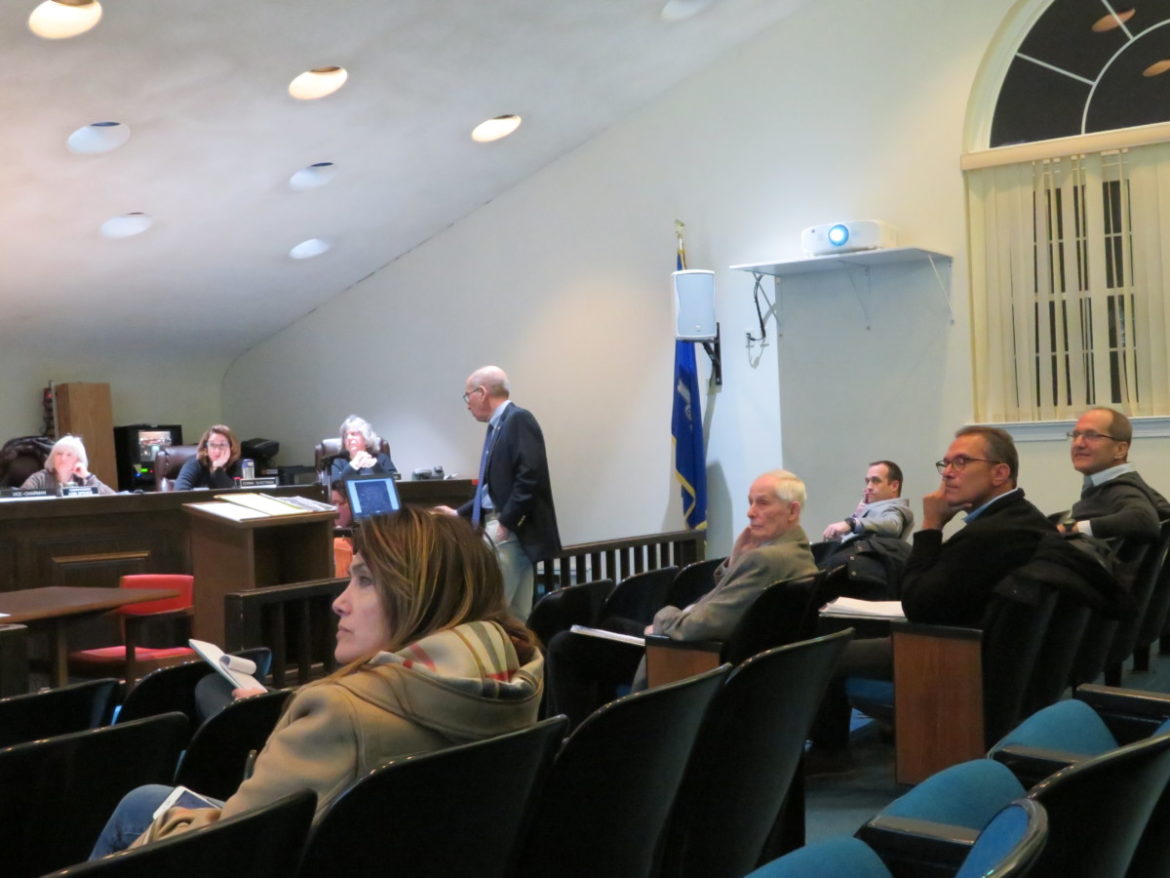 An industrial property on Cambridge Drive is rife with wetlands violations from activity done over the past decade, but its new owner vows to clean it up and make it viable for development again.

On Wednesday night, the Inland Wetlands Commission agreed to allow the owner time to perform a complete assessment of its condition, before coming back before the commission on Feb. 26 to share his findings, as well as recommendations on how to clean up the site.

The property at 64 Cambridge Drive and 4 Independence Drive has past approvals for the construction of two industrial buildings, but the previous owner instead turned it into a quarry, blasting rock and ledge and leaving a large hole.

“I’m here to work with the town,” Arnold Karp, who bought the property in May, told the commission. “My investment, which is quite sizable, is not to continue past activity. It’s to fill the hole you saw. This property will be a future hallmark of what you can do when people work cooperatively.”

“The town asked us not to blast, we thought we could,” Karp said. “We stopped. Working cooperatively, we will resolve this.” 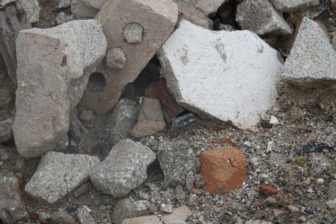 Construction debris was dumped onto the industrial site on Cambridge Drive. Contributed

Earlier in the meeting, Attorney Joel Z. Green, who is representing Peter Metropoulos as trustee to The Thomas C. and Stella Maganas 1988 Family Trust, the owner of 36 Timothy Road, expressed disappointment over the town attorney’s legal opinion against his client’s request for intervenor status.

However, Green was given the opportunity to express Metropolos’s concerns over activity on the neighboring property during the public comment portion of the meeting.

“My client is concerned about pollution of the groundwater and excessive airborne dust blowing onto his property,” Green said.

“You can see construction debris on the site,” he said, as one photo showed cement blocks and red brick fragments in a pile.

Large piles of gravel could be seen, as well as green water in a pond surrounded by land stripped to the dirt, as dump trucks and excavators worked. 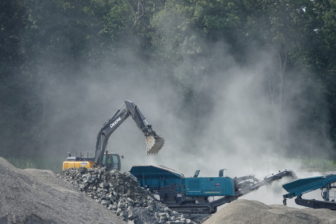 A dust cloud hangs over a graveling operating on the Cambridge Drive industrial site on Aug. 22,2019.. Contributed

“You can see how massive this work is,” Green said. “The thing that concerns my client is this work is ongoing. The owner plans to continue these activities unabated. I think the commission should be aware of that before setting any timelines.”

“This activity should be stopped until there is an application for a permit with all the safeguards,” Green added, before asking for a cease and desist order.

Attorney Steve Finn, who was hired to represent Karp, said the photos were dated and they don’t know when they were taken.

Metropoulos’ OneDrive photos show dates from Aug. 21 to 22. Karp bought the property in May.

“They have no right to present photos gotten by trespassing,” Finn said.

Metropoulos later told The Sun the photos were taken with a 600mm lens from his own property.

The attorney said the accusations of ongoing activity are conjecture. “The DEEP was out to this property and found no violation,” Finn said. “That speaks volumes. My client bought this property with the intent to develop it.”

A decade of violations

Kevin Solli, the engineer hired by Astro Land Holdings LLC and Spacely Land Holdings LLC, told the commission the disturbance of the site is from the previous owner and the new owner has not done anything to make it worse.

In fact, Solli said a number of corrective measures have been made, including ensuring that every load of fill trucked into the site meets clean fill guidelines set by the Connecticut Department of Energy and Environmental protection.

Solli said his engineering firm also does weekly inspections of the property.

Lois Spence, the commission secretary, said she would like to see a list of what the DEEP considers to be clean fill.

“One thing that really bothers me, is we keep saying there is no impact on the wetlands now,” she said to Solli. “You’re a professional engineer, not a professional wetlands guy.”

Spence also said she is very concerned about dust. When she noted there was still processing on the site, Solli said “state-of-the-art” equipment with built-in dust suppression is now being used.

Jim Weinberg, a commissioner, asked Solli if his client would agree to cease and desist all activity on the site, until a plan is in place to remediate it.

Solli asked the commission not to issue a cease and desist order, because he said the owner needs to continue work while assessing the property.

Weinberg asked them to avoid any activities that could impact upon the wetlands and Solli agreed.

Wetlands Agent Denise Halstead went over the list of violations on the property, some dating as far back as 2004, including a lack of adequate dust control and the destruction of vernal pools.

When they come before the commission again, Solli said he will have a written response to every violation that was cited, and a soil scientist will be on hand to comment on the current condition of the property.