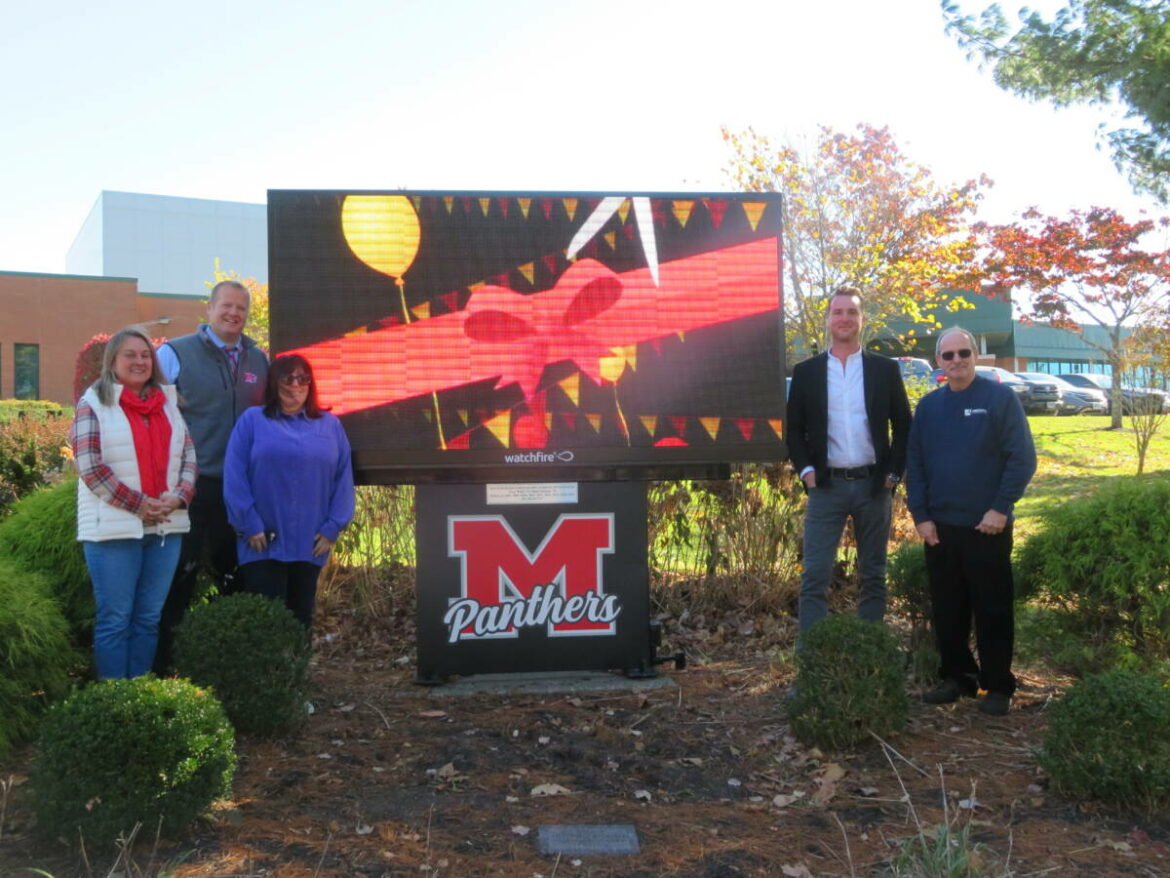 MONROE, CT — Whenever Masuk High School wanted to update the sign by its parking lot entrance with a new announcement, Administrative Assistant Barbara Soper would call security guard Don Peeler, who went outside to put up each letter by hand, whether it was in the spring, fall or on a cold winter day.

Now Masuk has a new digital sign that Principal Steve Swensen can easily update from his computer, at school and home, or on his cellphone. He said it will be ideal for snow days and late openings. 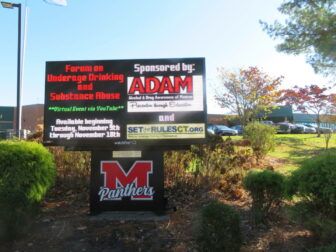 Masuk’s new digital sign allows the school to issue reminders about events like the annual Forum on Underage Drinking and Substance Abuse.

Messages on the sign can include graphics, photos and video, and the screen can cycle through different announcements.

“I always wanted to do this,” said Superintendent of Schools Joseph Kobza, who used to be Masuk’s principal. “Steve got it done. Whenever I went by a school with a digital display, I was jealous.”

Kobza said Masuk’s new sign even has a QR code for football games. “You can take out your phone and it takes you to the site to buy your ticket,” he said.

On Monday, Swensen and Kobza attended a small dedication ceremony for the new digital sign. Monroe Parent Teacher Club co-presidents Tammy Julian and Julie Frost also attended, along with two Masuk alumni who sold and installed the sign at a discount. 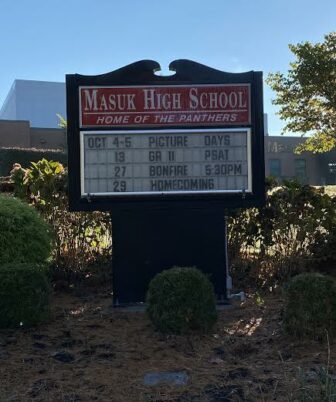 Masuk’s older sign dates back to 1997 and was limited to one list of manually posted messages at a time.

Swensen worked with Evan Walsh, territory manager for the New York/Connecticut Regional Office of Watchfire, the manufacturer sign, and with Brian DeSanty, vice president of ABCSign Corporation of Bridgeport, who obtained the sign for Masuk, removed the old one and installed the digital one.

Swensen said the new sign has a $33,000 value, but Monroe public schools got it for less than $22,000 thanks to steep discounts from Walsh and DeSanty — and donations covered the entire expense.

Swensen said he got in touch with Katrina Welch, Masuk’s former financial secretary who now works for the State of Florida, and asked her for ideas on how to pay for the sign. 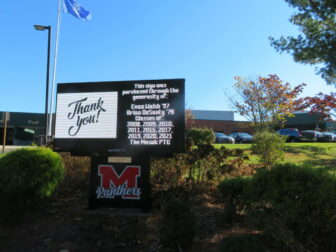 A message on the digital sign thanks everyone who made a donation to buy it for Masuk.

“She said there are a number of classes who have money left in their accounts that’s just sitting there,” Swensen said. “We reached out to the class presidents.”

The old sign was originally installed in August of 1997. 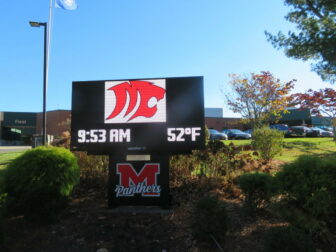 “He had the vision of bringing the latest technology to the students here,” Walsh said of Swensen. “It’s a tech forward communication tool that allows the staff to effectively communicate with parents and students and everyone, who comes on campus — and I think in today’s world, with concerns over COVID, modern up-to-the-minute communication is more important than ever.”