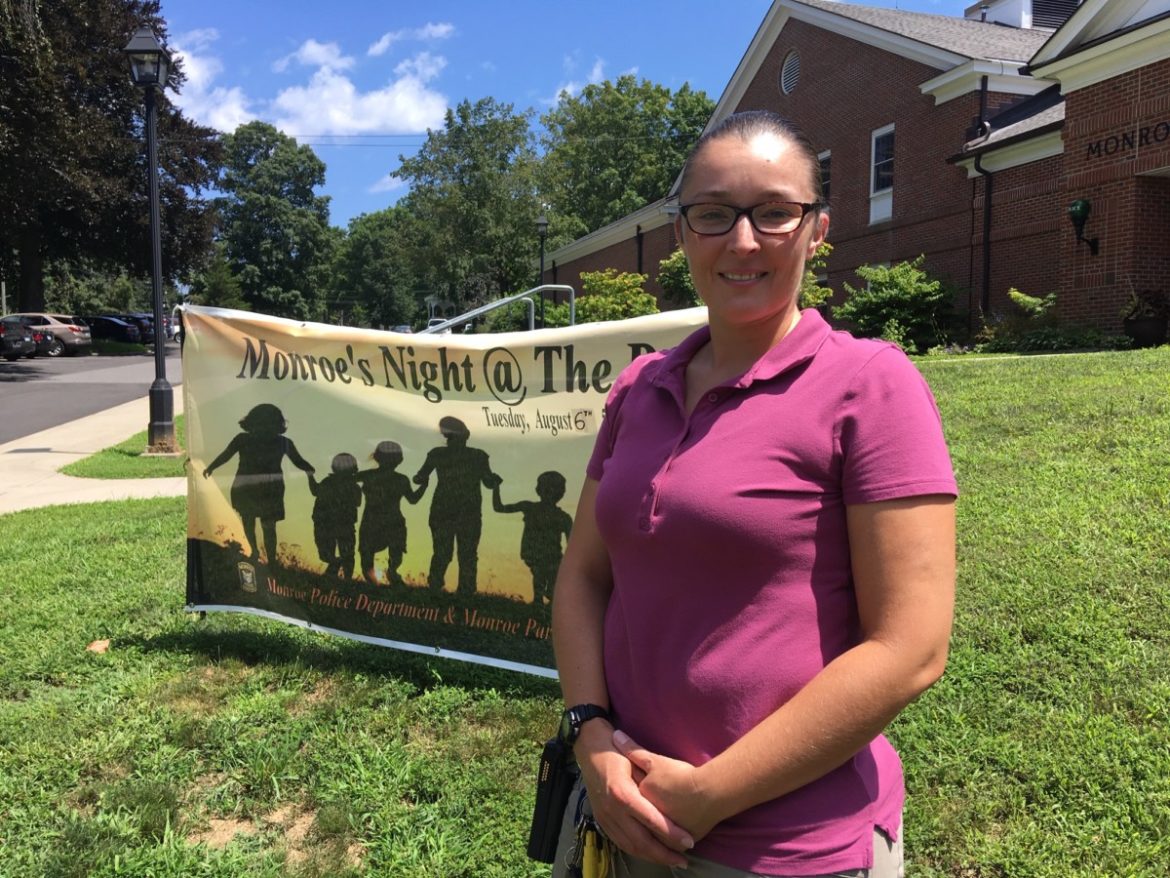 Families will mingle with the men and women who provide emergency services for the town in a fun atmosphere during Monroe’s Night at the Park this Tuesday. The annual event will be held at Wolfe Park from 5 to 9 p.m.

Monroe’s two K-9 officers will bring their dogs Riggs and Murphy, firefighters’ vehicles will be there for a touch-a-truck and Danny Diamond will perform a magic show.

The event will have free food, drinks and snacks, a bounce house, a slip-and-slide and Edith Wheeler Memorial Library will offer a children’s activity.

“The entire event is completely free and open to the public,” said Detective Nicole Buckley, organizer of the Night at the Park. “I think, especially for kids and young families, it’s very important to come out in a situation where it’s not life and death. It’s not a stressful situation and we can have fun. Sometimes the media gives people a bad view of how we do things.”

Buckley said around 1,000 residents attended the event last year. This Tuesday it will be held rain or shine, unless weather conditions are determined to be unsafe.

Police officers, firefighters and Emergency Medical Service volunteers will participate in the Night at the Park.

The Monroe Police Department used to take part in the National Night Out, but lost Target as its main fundraiser years ago and stopped paying the national organization to participate. Instead, police garnered local sponsors for their own event, held at the same time, according to Buckley.

She said Stop & Shop is their biggest sponsor, usually donating all of the soda and hot dog buns. Hummel Bros. in New Haven donates the hot dogs. Other sponsors include Cumberland Farms and Big Y.

In addition to meeting Monroe’s first responders, visitors can learn about the services available in the area to help protect senior citizens from fraud, as well as those struggling with drug and alcohol addiction.

Organizations like the TRIAD and the Connecticut Prevention Council will be represented.

Buckley said Blue Lotus, whose owner Elaina Wieser is a member of Monroe’s Youth Commission, will give a yoga demonstration.

Conservation police officers from the Connecticut Department of Energy and Environmental Protection will share information on local wildlife and recreation opportunities.

And an employee from DEEP’s biology department will teach people to fish. Great Hollow Lake and the pond at Wolfe Park are both stocked with trout, according to Buckley.