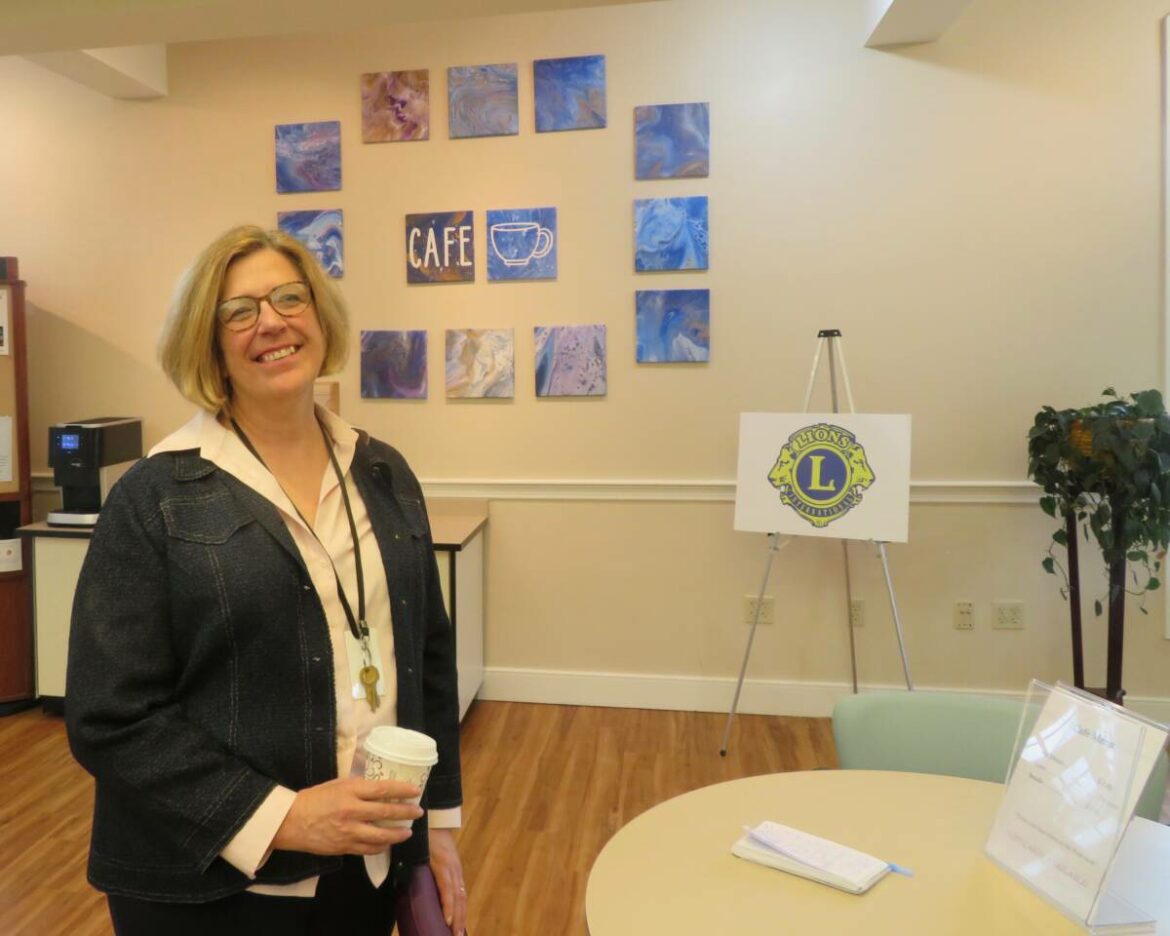 Edith Wheeler Memorial Library's new director Nicole Cignoli encourages everyone to take advantage of all the library has to offer.

MONROE, CT — Nicole Cignoli decided to leave her corporate job 10 years ago, before embarking on a second career that led to her hiring as the new director of Edith Wheeler Memorial Library this summer.

“I had worked 20 years in corporate and it was time for a change,” she recalled. “I actually went to my library at the time and checked out, ‘What Color is your Parachute?'”

The self-assessment determined that Cignoli should be a librarian.

“My husband looked at me and said, ‘I could have told you that,'” she said with a chuckle.

Cignoli earned a Master’s degree in library science, before being hired as a part-time reference librarian by Edith Wheeler Memorial Library in 2011. She was also hired part-time by Trumbull Library and worked both jobs simultaneously.

She worked in Monroe until 2014, before landing her first full-time position as a reference librarian at Welles-Turner Memorial Library in Glastonbury. Three years later, she was hired as director of Derby Public Library, which is in her hometown.

“It’s a lot of politics,” Cignoli said of being a director. “It’s a lot of other things you don’t learn in school. But you can make a difference in your town, and I think that’s what I find most rewarding about the job.”

The vacancy at Edith Wheeler Memorial Library opened up when Lorna Rhyins resigned as director to accept the top job at New Milford Public Library. Cignoli applied for the position and was hired at a $78,000 salary. Her first day was Aug. 30.

“Nicole has led her team’s rise to the challenge of providing services during the pandemic,” Kellogg said. “Just as we did in Monroe, she organized efforts such as curbside service, remote programming for patrons, and appointment-based browsing.”

“In addition to library operations, Nicole has a strong background in managing teams, successful grant funding initiatives, and over 30
years of customer service experience,” Kellogg said.

Having worked at Edith Wheeler Library before, when Margaret Borchers was director, Cignoli sees familiar faces among the new ones.

“It feels a little like coming back home,” she said. “I knew all the staff and I enjoyed the staff, so coming here was easy.”

Cignoli said she believes her experience in Derby made her a better director. Now, she’s learning how things are done in Monroe again.

“They’ve been welcoming at Town Hall and the staff here has been wonderful when I have any questions,” she said.

Cignoli said Friends of Edith Wheeler Memorial Library and the Library Board of Directors have also made her feel welcome.

Of the library patrons, Cignoli said, “I’m slowly getting to know more of them and getting reacquainted with the one’s I knew before.”

Gail Wood, a science and technology librarian, is among the staff members who praised the hiring of Cignoli.

“I think it’s terrific,” Wood said. “I’m very happy to have her back. I enjoyed working with her before, so I was relieved when I knew it was her. It was a nice, easy transition because we know her.”

“I worked with her before too and I was thrilled to death,” said Sharon Shanley, head of circulation. “She’s very organized and knowledgeable, and it was definitely a win-win.”

Erica Redfern, who was hired as a part-time reference and makerspace librarian just before Rhyins left, said she looks forward to getting to know Cignoli, who plans to have one-on-one meetings with all of her staff.

“She’s definitely taking the time to get to know people,” Redfern said. “She’s getting to know how everything works here and what everyone does.”

In addition to one-on-one meetings, Cignoli said she is shadowing staff.

“We all come to the library as little kids,” Cignoli said. “We get our first library card at two or four, then we go to college and onto careers. You grow apart, but when you have kids you come back looking for somewhere to be part of the community, whether it be in a book club or program. We all come back to the library — and I would say I did the same thing.”

Patrons still enjoy reading classics, signing up for book clubs and taking their children to story times, but Cignoli said the library offers so much more than books, including the ability to check out hot spots, kick-pans and puzzles.

Edith Wheeler Memorial Library has a teen area and a cafe, as well as a Makerspace, which the Monroe Lions Club helped fund, that is equipped with a telescope, cricut machine, green screen and 3-D printer.

Cignoli said there are resources for job searches, as well as study and meeting rooms that are in high demand.

“I still think it’s a way to give people access to information, ideas and resources that may not be available to them at home,” Cignoli said. “And we have helpful staff members. As we’re coming out of COVID, I think a lot of people are coming back to look for jobs, coming back for books, and looking for the connection to their community again.”