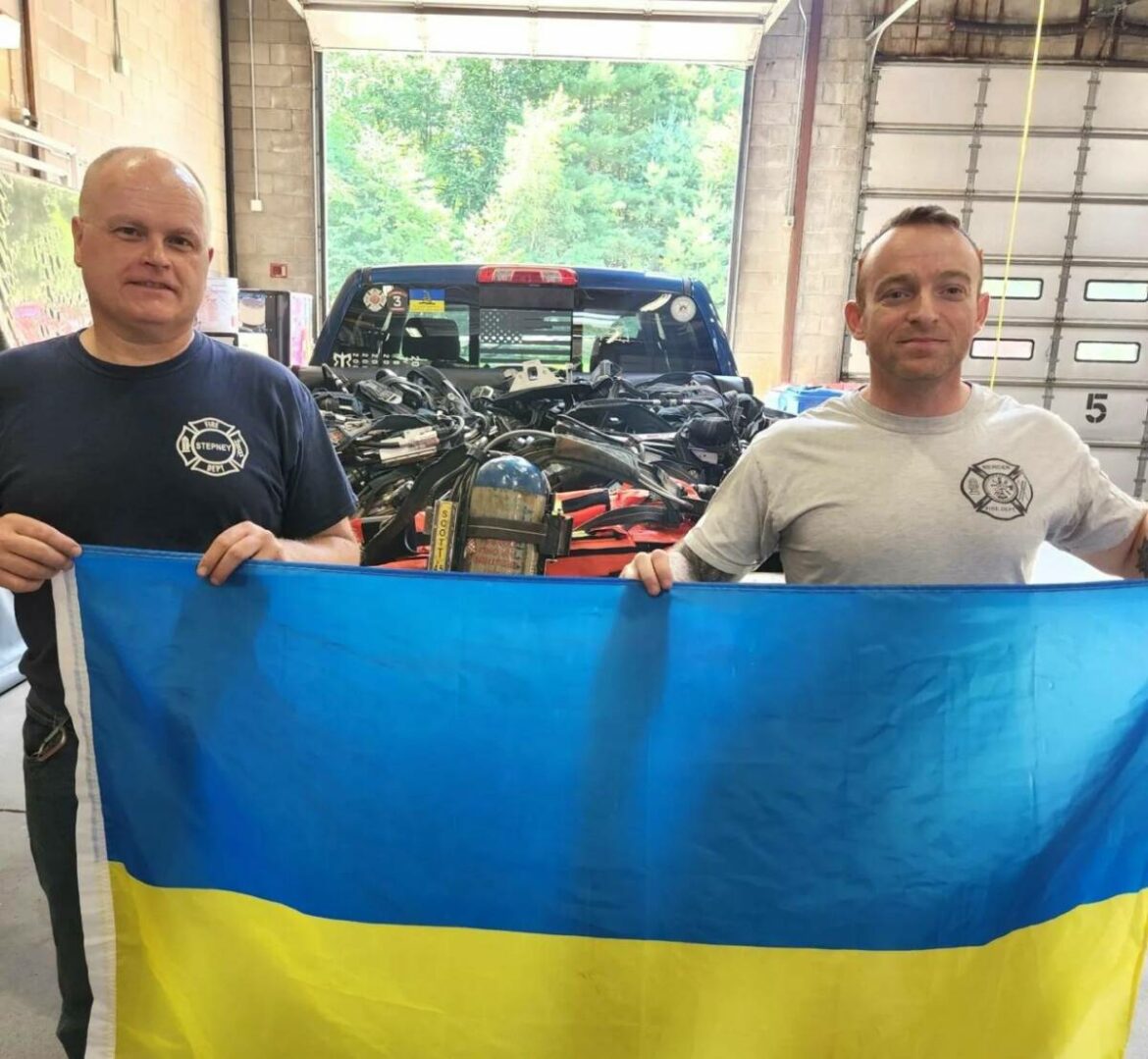 Meriden Fire Lt. Konstantin Tartakovsky, right, is collecting fire gear and equipment for firefighters in his native Ukraine. Stepney Fire Chief Dave Lewis, left, and his fire company made a generous donation to the cause.

MONROE, CT — Konstantin Tartakovsky, of Trumbull, a longtime career and volunteer firefighter and a native Ukrainian, is leading a collection drive to secure equipment for firefighters in his homeland, who work in dangerous conditions amid the constant bombardment of missiles from invading Russian forces.

The Stepney and Monroe volunteer fire departments are among the fire companies who generously donated equipment, which is expired here, but still usable in the field.

Tartakovsky still keeps in touch with family and friends in Ukraine, while following stories of the war. One particular incident stood out to him.

A long-range Russian missile hit a crowded shopping mall in Ukraine’s central city of Kremenchuk on June 27. The boldness of the civilian target horrified many, but for Tartakovsky, who moved to the United States with his family at age 11, it was much more personal.

“I lived across the street from where that missile hit,” he said in a telephone interview with The Sun Saturday. “That, quite literally, hit close to home.”

Tartakovsky said Russia claimed to be targeting a factory behind the mall that produces graders and steamrollers. A park near the factory is where he learned to ride his bicycle as a boy.

“My aunt still lives in my hometown,” he said, “and I have two first cousins, one there and one in Kyiv. They have wives and kids and they sent them to my in-laws in Portugal to be safe.”

Tartakovsky, whose wife is Portuguese, flew there to help his relatives settle in. He showed them the bus system, the closest stores and took them to the SEF office, where temporary protection status is available for Ukrainians.

Working in a war zone 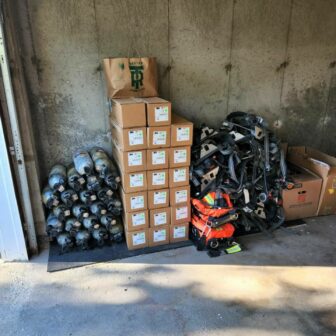 The Stepney Volunteer Fire Department was among area fire companies to make generous donations of gear and equipment for their counterparts in Ukraine.

“My parents wanted a better life for me and made the decision to move to the United States when they had the opportunity,” Tartakovsky said of his childhood.

But Ukraine always held a special place in his heart. When the war broke out, Tartakovsky, looked for ways to help the people there, beyond his own family.

He is a career firefighters of 12 years, 11 in Meriden where he is a lieutenant, and 17 as a volunteer for the Trumbull Center Fire Department, so Tartakovsky decided to focus on helping Ukraine’s firefighters.

“I am collecting firefighting gear and equipment to send to the Ukrainian firefighters to support them as they keep doing their job under war zone conditions,” he said in a Facebook post. “Some towns are under constant artillery strikes where the firefighters are putting out fires and rescuing victims, while other towns had their firehouses destroyed completely.”

Tartakovsky said his hometown was hit by over 25 missiles, including one that caused an oil refinery fire that took firefighters over 24 hours to get under control. Countrywide, he said there were thousands of fires and rescues and dozens of line of duty deaths.

“I figured that we have gear that is in good condition, but is no longer NFPA (National Fire Protection Agency) compliant that the firefighters in Ukraine could still use,” Tartakovsky said.

The Stepney Volunteer Fire Department donated 25 air packs, 30 masks and 44 bottles to be shipped to Ukrainian firefighters suffering from equipment shortages amid the ongoing war.

Lewis said his fire company recently received new air packs from the town to replace ones that expired after 15 years, adding the older equipment was just over the expiration date.

The chief encourages other fire departments to reach out to Tartakovsky to donate their old gear. “He’s very helpful and will come over to pick it up,” Lewis said. 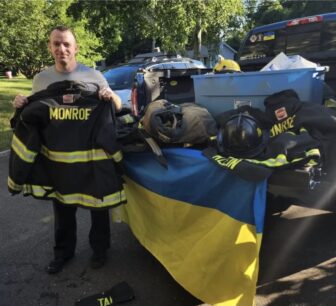 “The Monroe Volunteer Fire Department recognizes the extreme hardship our fellow firefighters in Ukraine have been enduring for months, and hopes our donation of used firefighting gear helps them operate as safely as possible,” Catalano said.

The first collection drive was mainly over social media. Tartakovsky said he will reach out to the Stevenson Volunteer Fire Department and other fire departments directly for his second drive, which is getting underway. It will also include emergency medical service equipment.

The first collection drive was from May through June. Fifteen fire departments donated over 110 sets of coats and pants, 34 air packs, cylinders and masks; over 30 helmets, boots and gloves and about two dozen sets of extrication equipment.

“My initial goal was 20 sets of pants and coats. This far exceeded my expectations,” he said. “I thought I would have a pickup truck of gear to take to the shipping facility. I literally had to get a friend and fill a container. It ended up being eight pallets — three or four tons of equipment collected.”

“It’s overwhelming,” he said. “It’s heartwarming. They call the fire service a brotherhood and the brotherhood goes beyond borders.”