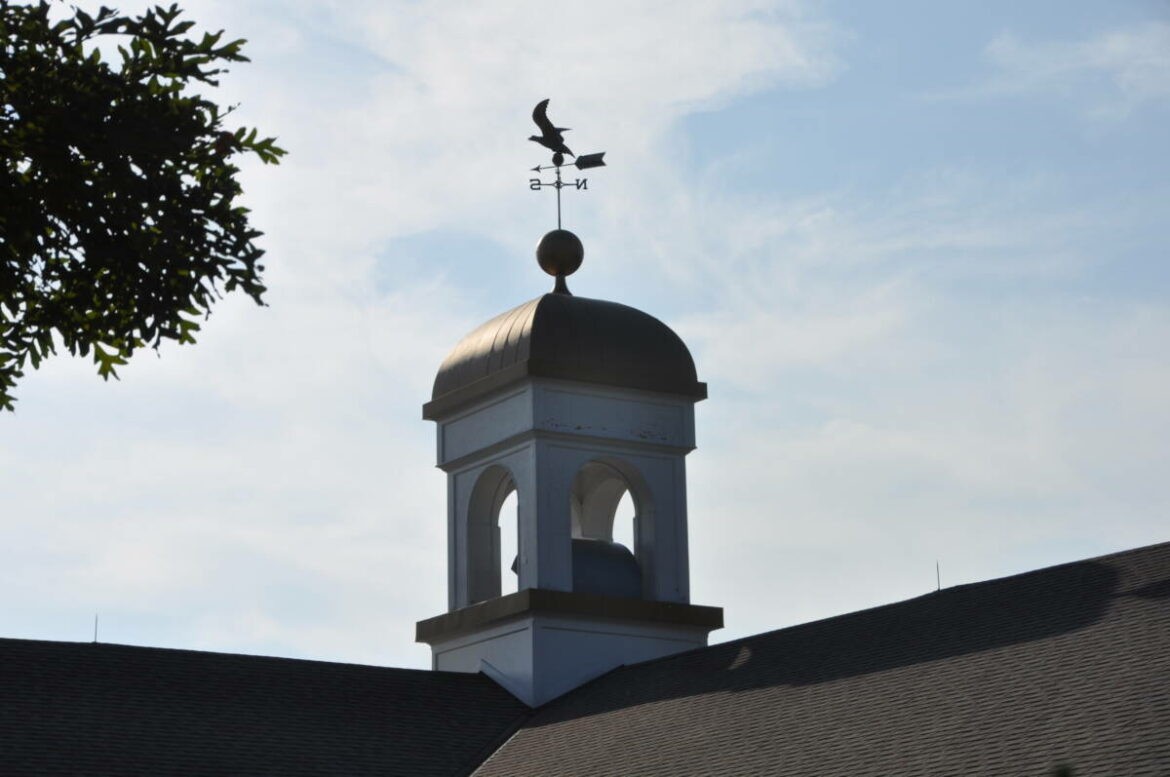 MONROE, CT — The Board of Finance approved a $96.7 million town budget Tuesday, which will come before voters at a referendum on May 3. It is a 3.95 percent increase in spending over the current $93 million budget and carries a projected 1.38 percent tax increase.

“This is a five-year average of less-than-one-percent per year,” First Selectman Ken Kellogg said, while crediting the collaboration of his administration and elected officials for making the 2022-23 budget proposal “even stronger.” 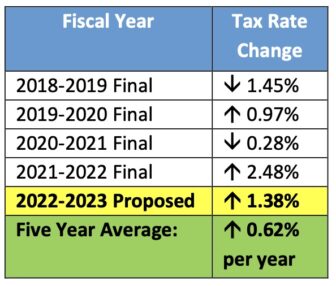 If the budget passes at referendum, the mill rate would increase from 36.36 to 36.86 mills. Individual tax bills can be calculated by multiplying one’s assessed property value by the mill rate and then dividing by 1,000.

The Board of Finance sets the new mill rate after voters adopt a new town budget.

As new information became available, the Board of Finance made adjustments, including a net reduction in “certain areas of operating expenses, as well as providing a prudent increase” in the town’s contingency line “as a result of the continued uncertainty regarding the increased costs of healthcare insurance premiums and fuel costs,” according to the first selectman, who said it was done with his support.

“In my preparation of the fiscal year ’22-23 budget, I remained committed to controlling taxes while improving roads and infrastructure, delivering cost-effective services to our community, providing excellence in education, and maintaining the strong financial health of the town that was affirmed by Standard & Poor’s recent upgrade of Monroe’s bond rating to AAA,” Kellogg said.

“Last year, my budget message was a reminder of the extraordinary measures that were taken in response to the pandemic, and how reasonable and prudent measures were used to manage its impact while avoiding significant tax increases,” he said.

Though the pandemic has subsided, Kellogg said it continues to create budgetary pressures such as increased costs for supplies and services due to vendor supply chain challenges, labor shortages and significant surges in fuel costs that are directly impacting the town.

“This, along with contractual wage increases and the anticipated escalation in healthcare insurance premiums, are our major cost drivers,” Kellogg said. “These factors are also impacting our school system, which is further challenged with increased enrollment and burdened with pandemic-related student needs.”

Adjustments by the Town Council led to a 3.15 percent increase in municipal operating expenses.

“The Board of Education, which represents 67 percent of the town’s budget, is increased by 4.75 percent,” Kellogg said.

“This year, I continue to minimize the tax burden through conservative spending, use of alternate funding sources, and fostering growth in our grand list – deliberate practices which were proven successful in the current fiscal year,” Kellogg said.

“For example, in fiscal year ’22 we significantly reduced our utilization of unassigned fund balance, or ‘rainy day fund,’ in a planned transition to mitigate the initial impacts of the pandemic,” he said.

Though the town is prohibited from using funds from the American Rescue Plan Act (ARPA) for a tax cut, it may use these funds for certain future, ongoing operations, according to Kellogg.

“Use of these grants in both the current and following fiscal years allows us to continue to ease the tax burden, despite rising costs, with little impact to our fund balance,” he said. “Additionally, the Board of Education’s use of similar pandemic relief funds lowered the superintendent of school’s budget submission that proposed an increase of 5.39 percent.”

“While both residential and commercial property growth were robust, we have seen a dramatic increase in the valuation of motor vehicles, consistent across the state and driven by a high demand for used vehicles,” Kellogg said. “While it is difficult to predict when that market will stabilize, our grand list must incorporate current market value.”

Kellogg said use of the ARPA grant funds, in concert with motor vehicle grand list growth that is likely temporary, also allows for greater flexibility in funding projects for this upcoming fiscal year.

“The final budget proposes over a half-a-million-dollars in capital project spending that will not require bonding,” Kellogg said. “Without our growth in the grand list, a conservative and disciplined approach to spending, and use of alternative funding, taxes would have grown by over 10 percent, a rate I believe would be unacceptable to most.”

“I greatly appreciate the dedication of our staff, educators, and our volunteers – including those serving on boards and commissions – who contributed to this year’s budget process,” he said. “I am very appreciative for the time and due diligence of our Town Council and Board of Finance, both of which approved their proposed budgets in unanimous, bipartisan votes.”

“I now submit the final proposed Annual Town Budget for Fiscal Year 2023 to the Annual Budget Referendum, and encourage the citizens of Monroe to exercise their right to vote on May 3, 2022,” Kellogg said.