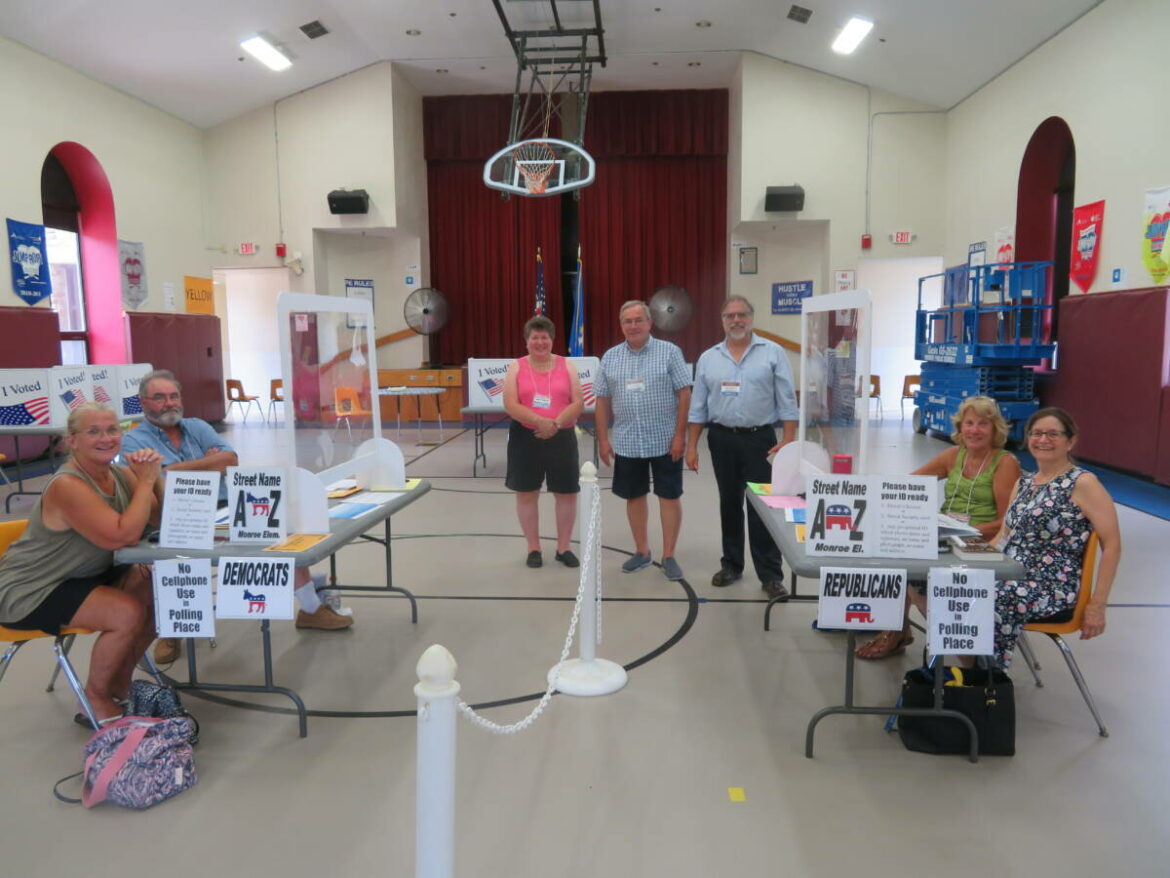 Volunteers for the primaries brought fans into the Monroe Elementary School gym to get some relief on a hot Tuesday, while working at the polls in District 3.

MONROE, CT — Monroe’s voters’ choices mirrored that of their counterparts throughout the state of Connecticut during Tuesday’s party primaries.

Levy garnered 318 votes compared to 236 for Themis Klarides, a longtime state representative who was the Connecticut GOP endorsed candidate, and 60 for Peter Lumaj — winning with 51.79 percent of the vote.

Klarides took 38.44 and Lumaj took 9.77 percent, according to results released by the Monroe Registrars of Voters Office. 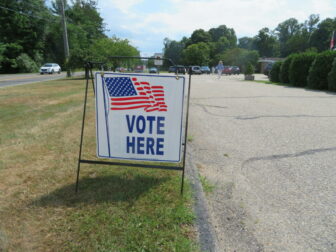 Secretary of the State candidate Dominic Rapini, a sales executive, topped longtime state representative, Terrie E. Wood, R-Darien, by a vote of 316 to 279 or 53.11 to 46.89 percent.

Voter turnout was 17.74 percent as 618 Republican voters went to the polls in Monroe.

Russell, an attorney whose practice focuses on representing municipalities, state agencies and the state in financing infrastructure projects, will face Rep. Harry Arora, R-Greenwich, in the general election in November.

Voter turnout in the Democratic Primary was 12.7 percent with 389 town Democrats showing at the polls.