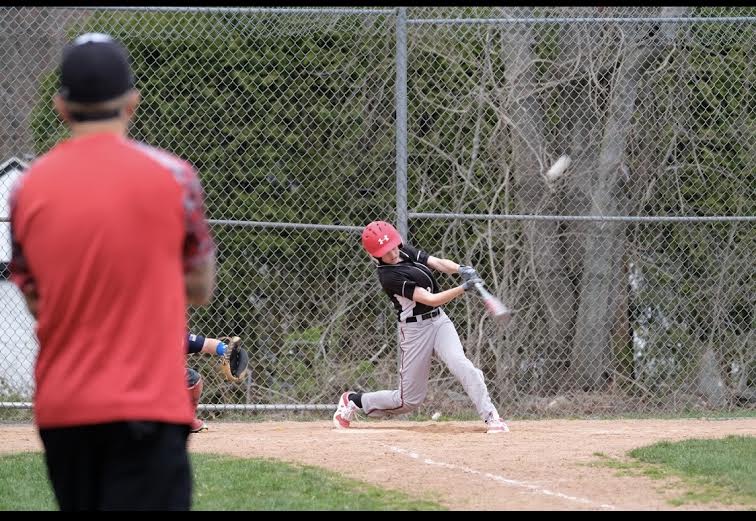 Steven Curtin connects for the first of two homers in the first inning of the Monroe 12u Travel Baseball team's 19-0 win over the Fairfield County Captains at Beardsley Field Saturday.

MONROE, CT — Steven Curtin led an offensive explosion for Monroe’s 12u Travel Baseball team, setting the tone for a 19-0 blowout of the Fairfield County Captains at Beardsley Field Saturday, belting two home runs and driving in six runs on a perfect day at the plate, going 4-for-4.

Curtin was also dominant on the pitcher’s mound, giving up only one hit over four scoreless innings, while striking out eight batters. Ryan Garamella tossed two scoreless innings in relief to complete the shutout.

Curtin and Garamella benefited from stellar defense, including an outstanding catch in center field by John Mercier.

Monroe’s offensive barrage included 19 hits. Other top performers for Monroe were Nico Convertito, who drove in four runs on three hits, including his second home run of the season, and Jack Gialanella and Garamella, who had three hits each.