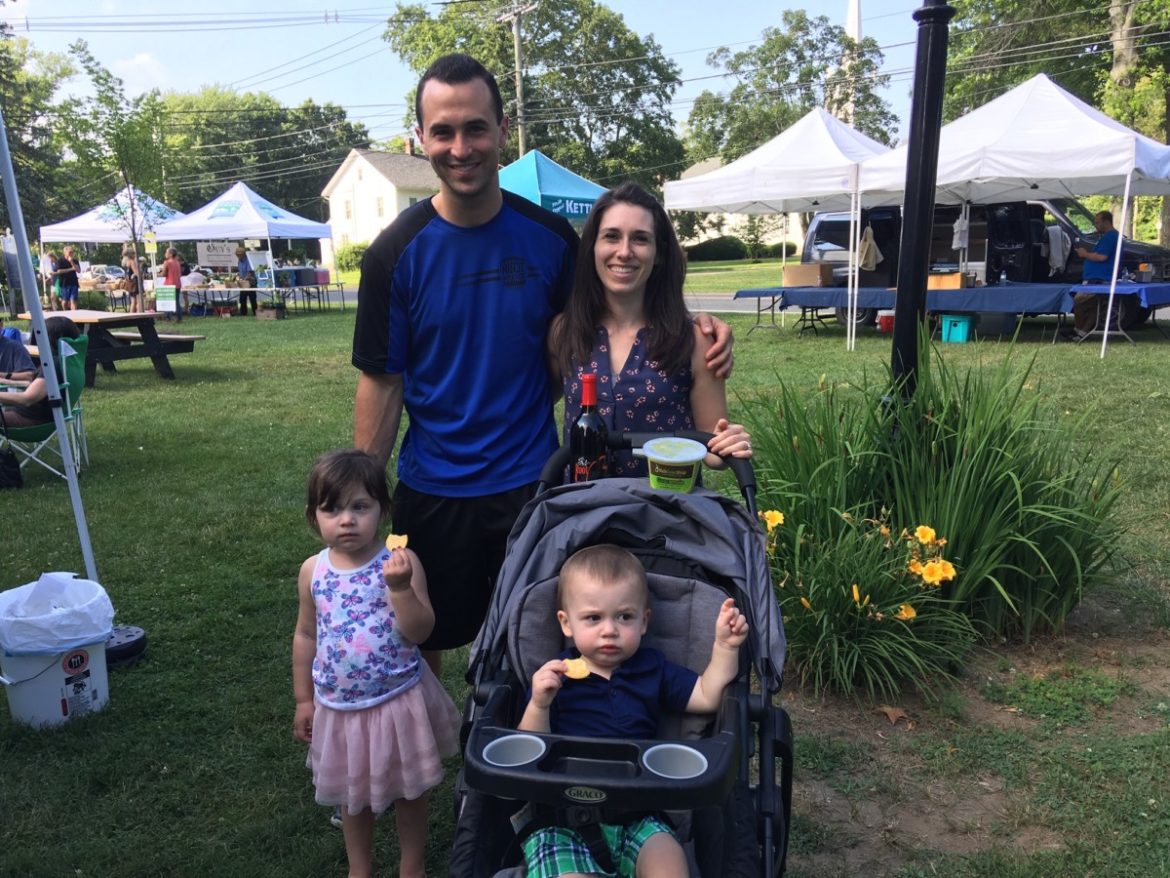 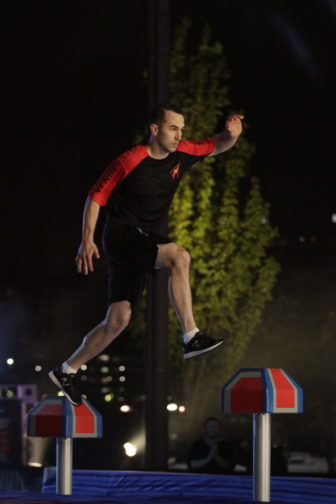 Joe Moravsky, aka The Weatherman, is an athlete known for his speed on the TV show “American Ninja Warrior,” where he solves problems on obstacle courses and uses his balance and core strength to climb, swing and jump his way to the end.

A viewing party will be held at the Jockey Hollow School auditorium this Monday at 8 p.m. to allow Monroe residents to cheer on their hometown hero and watch as he completes in the Maryland City Finals in Baltimore.

The event will begin with a meet-and-greet at 6:30 p.m., Moravsky said in an interview Friday.

“I’m all about hometown love,” said Moravsky, 30, who grew up in Sherman and moved to Monroe with his wife, Stephanie, two years ago. “Family is where the heart is. My wife, she grew up in Monroe. I’m just excited to have everyone come out. I never had a viewing party in Monroe. It’s going to be a fun time for everybody and I’m excited.”

The Moravskys have two children, Jacob, who will be two next month, and Emily, who will be four in December and is a blossoming “American Ninja Warrior” fan.

“Emily is beginning to understand,” Moravsky said of what he does. “She says daddy, daddy Ninja is on! And she does ninja moves on the couch. We set up obstacles on the floor for her.”

Moravsky trains aspiring ninja warriors, but there will be no pressure for his children to follow in their father’s footsteps.

“I’m going to push my kids to be the best version of themselves,” he said. “I just want them to do what they love, and if it happens to be Ninja, I’d love it. You have to leave it up to them. Leave it up to God.” 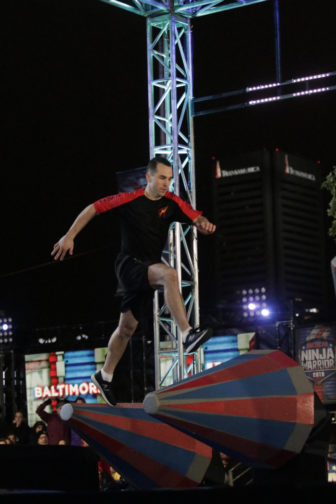 Moravsky, who also works as a freelance meteorologist for News 12, always loved sports growing up. He played basketball, baseball, soccer and cross-country.

He first became interested in “American Ninja Warrior” as a fan.

“I was watching it on TV just like anybody else,” Moravsky recalled. “I remember my mom walking by and me saying, ‘I think I can do this.'”

Moravsky was studying meteorology as a senior at Western Connecticut State University when a friend of a friend, Luis Moco of Fairfield, was competing on the show.

Moravsky was interning on NBC News and had about 2,000 followers on his Facebook page, where he posted weather forecasts. “They thought it was funny to have a weatherman on to compete,” he said of the show’s executives. “But I surprised them.”

“Years ago, there was always the competitor who wanted to win, but they had some jokesters at the time who came out to be funny,” Moravsky explained. “They weren’t serious athletes. They probably thought, ‘maybe we could poke fun at him and maybe he has something.'”

As a rookie on “American Ninja Warrior” in 2013, Moravsky finished sixth overall in the regional competition in Baltimore and had the fastest time of all the rookies. He took second place in the Regional Finals, missing first by a mere 0.37 seconds.

“American Ninja Warrior” has four stages of competition every season, with each getting progressively more difficult. Now in its 11th season, only two athletes ever finished the course for “total victory” with one winning the $1 million prize.

Moravsky was the Last Warrior Standing in seasons 6 and 9, before the show decided to have a $100,000 prize for the honor in 2018. That season, Moravsky fell in the swimming pool in Stage 1 in a heartbreaking early elimination.

Moravsky said there is a new rule this year. At the end of the City Finals the two top ninjas will compete on an obstacle called the Power Tower with the winner getting an extra life at the finals in Las Vegas.

“It’s a game changer for the best ninjas,” he said. “It could be the difference between being out and winning $1 million.”

Through his fame on “American Ninja Warrior, Moravsky said he has gotten a few job offers around the country to be a full-time meteorologist on air — but he is not ready to stop competing.

Moravsky said meteorologists commonly wake up at two or three in the morning to do their jobs, which is something he could not do while training for “American Ninja Warrior.”

On what he likes most about competing, Moravsky said ANW is something everyone can relate to. Just as students have to figure out problems in math class, for example, Moravsky has to figure out ways to solve the puzzles and overcome obstacles in front of him.

“Now I’m a freelance meteorologist for News 12, but my full time job is a dad and a ninja,” said Moravsky who has also done an endorsement deal for Macy’s and a Weather Channel commercial.

Moravsky expects to continue his athletic career for a few more years.

“The way I see it, I have three outs,” he said. “One, is I win the whole thing and the drive goes away. Two, my body gives out and says, ‘I’m not doing it anymore.’ Three, would be a bigger and better opportunity arrives that I can’t say no to.”

He said you never know where the future may lead.