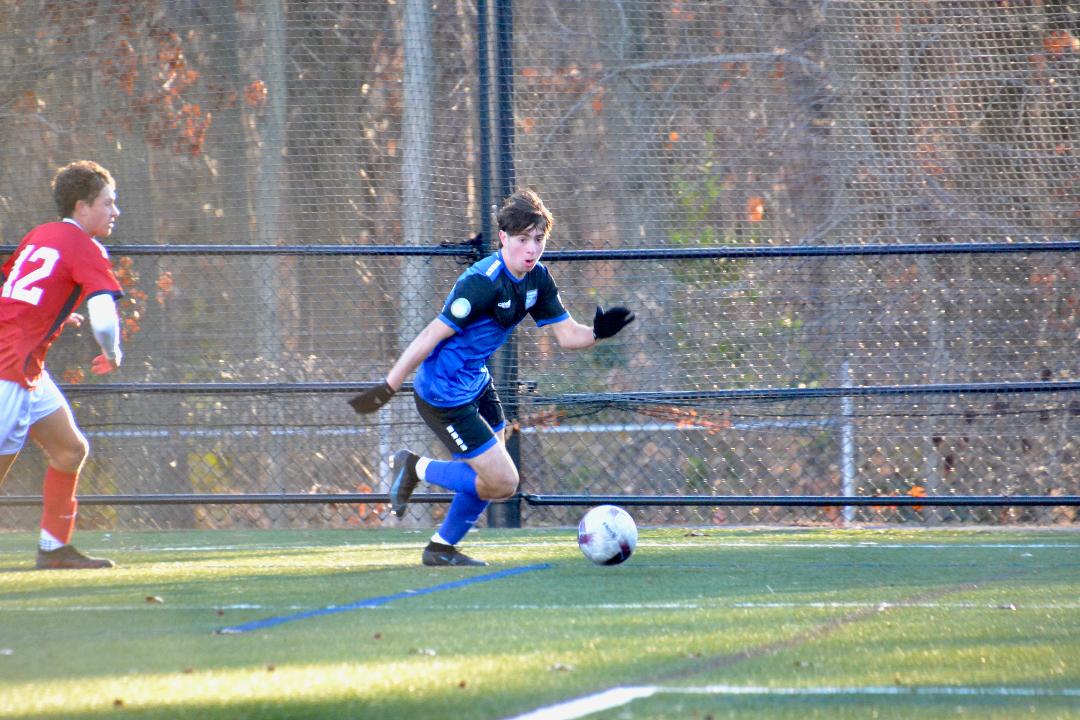 MONROE, CT — It’s a soccer hat-trick of sorts. Not one, not two … but three Monroe soccer players will take their games to the next level at Endicott College in Beverly, Mass., next year.

Conor Rooney, George French and Carter McCoy all compete throughout the year playing high level club soccer and their hard work has paid dividends with their careers on track to continue at the collegiate level.

Rooney and French have been teammates on the Beachside MLS team and McCoy laces up the cleats for Connecticut FC in the Elite Clubs National League. McCoy was also a captain on Masuk High’s team this past fall.

Ready To Unite In College 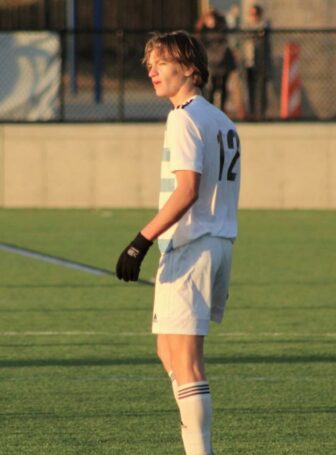 “I am very excited to play soccer in college with two of my best friends. These are friends that I have gone on vacations with and just made so many memories with. We’re all excited to go to Endicott together and kill it on the field,” Rooney said.

“I’m so excited to play with George and Conor in college. They’re two of my closest friends, so it’s really a dream come true. We used to play together at Monroe Soccer Club and in various indoor leagues and tournaments when we were younger,” McCoy added.

“When were about 11 or 12, we all moved on to our different premier teams. The league they both play in doesn’t allow for them to play in high school so, unfortunately, we couldn’t share that experience together. I’ve still trained with them in the offseason over the years, but to be able to compete with them again side by side will be so amazing, McCoy said.

“Endicott College has a really strong program that is usually fighting for their league title every year, led by a great coaching staff,” he added. “I’ve seen a few of their games in person and the level of play is very high. I look forward to competing for Endicott with my new teammates.” 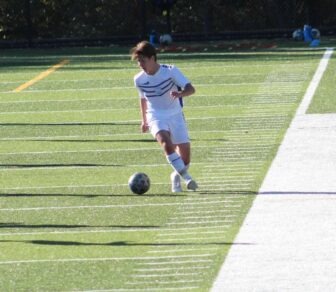 It is a lot of hard work for soccer players such as this trio. Rooney and French just had their season end and will have several weeks off before returning to game action in mid winter, and McCoy’s club team is at it seven-plus months of the year around the high school schedule.

“We have practices four times a week and a game on the weekend. Sometimes we even have two games on the weekend. You also have to fit in time for the gym and school; it is sometimes hard to keep everything balanced. It is rewarding though, playing well and winning games is definitely one of the best feelings every week,” Rooney said.

Rooney, who plays left and right forward, notched four goals and an assist this past season. The Beachside MLS team plays two seasons and totals close to 30 games in a year. It practices at the University of Bridgeport and in Stamford, and most home games are at UB.

There is plenty of travel for the players as they match up with other standouts on the pitch. Beachside competed in the MLS Next showcase in Texas and another MLS showcase in California, for example.

“The thing I like most about playing soccer is being able to bond with your teammates every day and honestly have a lot of fun while doing something you love. Scoring is also one of the best feelings in the world,” Rooney said.

Rooney is considering studying something in the business department. “I’d like to do entrepreneurship,” he added.

“Extremely challenging and time consuming, but amazing experience to compete against the best,” said French, a center midfielder, who tallied a pair of goals this past season.

“I love to compete and work towards a goal. Victory is one of the best feelings to experience,” French added.

French intends on majoring in marketing and said about his college soccer future that he is “extremely excited to get the season going. Really looking forward to winning with this team.”

McCoy’s Connecticut FC team plays from mid November to mid June. Practices and games are at its club facility in Bethany, which has indoor and outdoor fields.

“It’s a lot of hard work and sacrifice competing for my club team. We practice three times a week and play games all over the northeast,” McCoy said.

There is a lot of sacrifice for these soccer standouts.

“I sometimes miss out on things because of the travel involved but it’s all worth it. I’ve made great friends that come from all over the State on my team. My teammates are all great players, so I’m constantly challenged to be my best every practice,” McCoy said.

“My club coaches have all been D-I and D-II college coaches so I’ve learned a ton from them over the years. My high school coach played college soccer so he was also a great influence for me,” added McCoy, who competed for the Masuk Panthers under the direction of Brendan Cavanaugh this past season.

Last year, McCoy’s club team played about 25 games and had a successful run, qualifying for the ECNL National playoffs in North Carolina, among the top 64 ECNL teams in the country.

“This was an amazing experience. We played against teams from Seattle, Dallas and Southern California. We’re heading to Florida in January for a National tournament as well. We had to miss it last year because of COVID,” McCoy said.

McCoy typically plays outside back but has also played center back and helped his high school team post seven shutouts on the way to the league and State quarterfinals. A varsity starter since his sophomore year, McCoy was named to the All South-West Conference Colonial Division Team and was selected to play in the Connecticut Senior Bowl.

“The thing I like most about playing soccer is the adrenaline of playing in games and trying to get better every day,” said McCoy, who will major in sports management at Endicott.