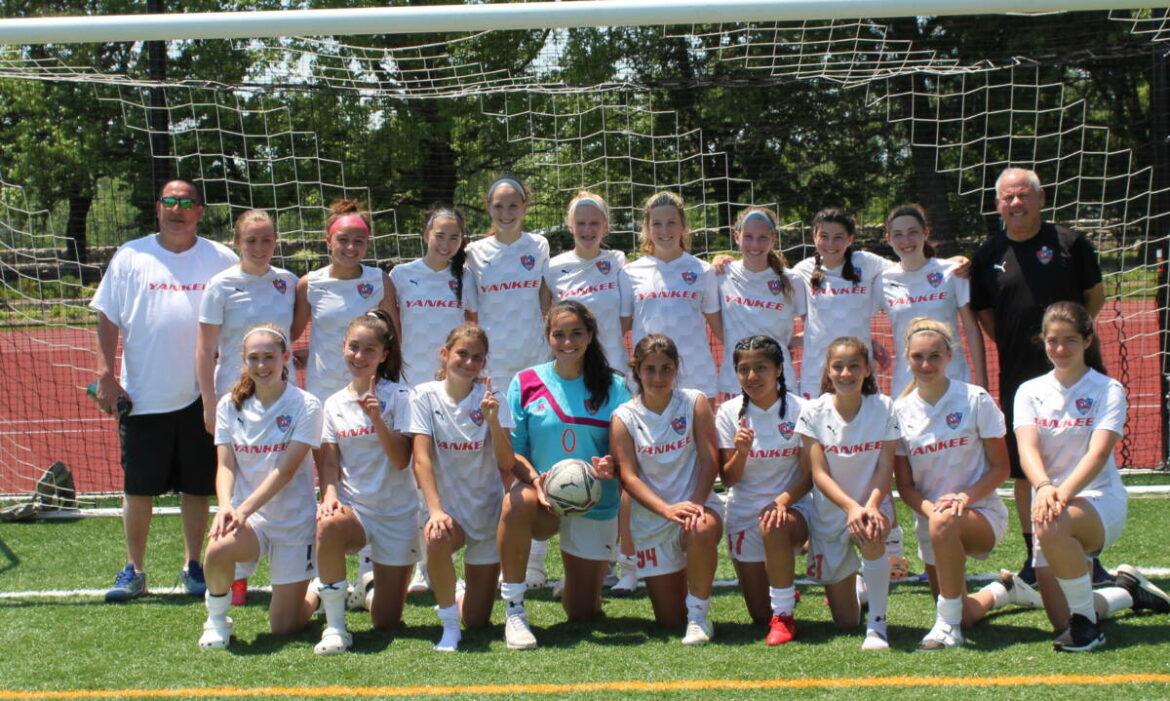 Led by Coach Wayne Mones, the Yankee Attack 06 team plays in the EDP Premier New England Conference and is currently in first place in league play, having conceded only a single goal all season.

The five Monroe girls on the roster continue to be a major factor in the team’s success. They include goalie Ronni Rrapi, center-back Sarah Lardi, forward Gemma Grech, wing Giana Convertito and midfielder Marise Klutch.

These five players are alumni of Monroe AYSO and Monroe Soccer Club travel programs. During their time in the travel program, they were part of the only MSC U11 team to ever win back-to-back Connecticut Cup Travel Soccer championships — in the fall of 2016 and spring of 2017.

As freshmen this year, Rrapi, Lardi and Grech were starting varsity players at Notre Dame High School in Fairfield, while Convertito and Klutch were varsity starters at Masuk High School.

The Yankee Attack 06 girls will represent Connecticut as they advance to the USYS Eastern Regional Championships, to be held in New Jersey in late June.