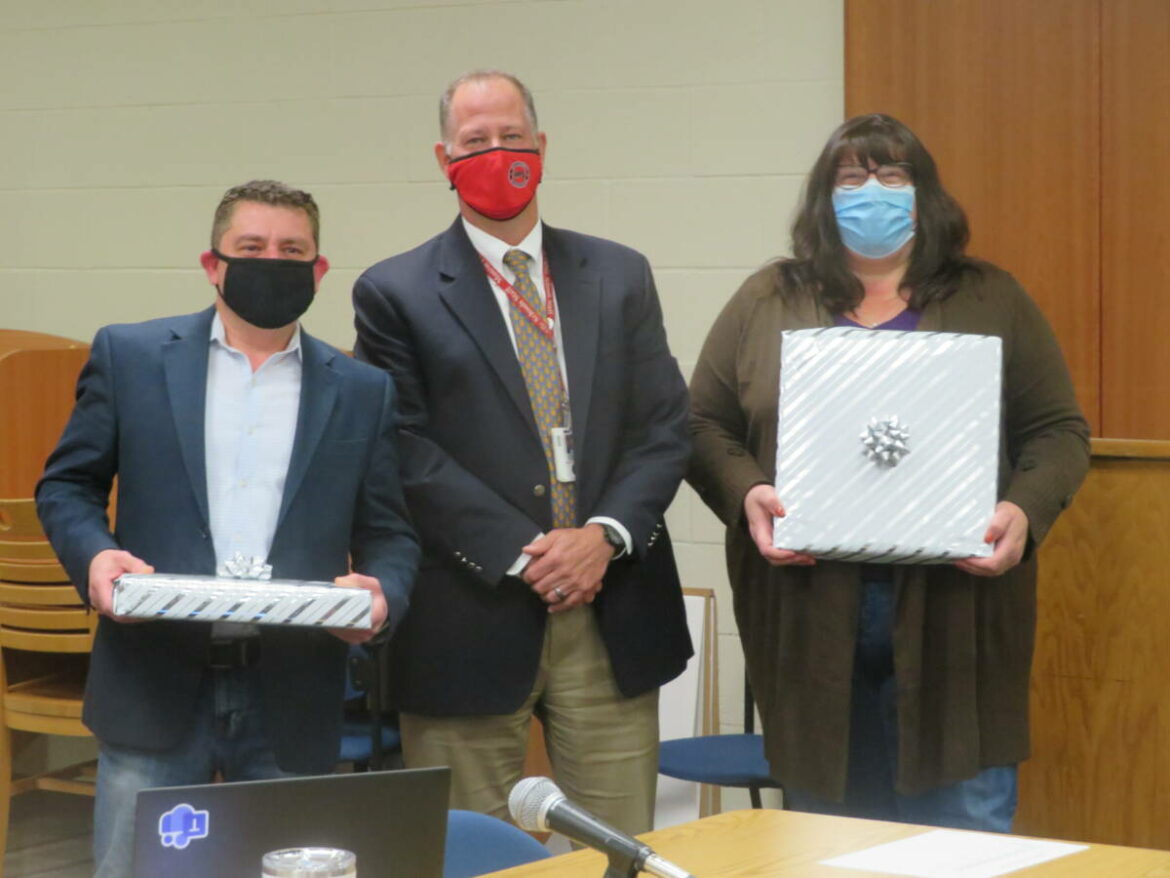 Superintendent of Schools Joseph Kobza, center, presents pewter plates to Monroe Board of Education Vice Chairman George A. King III, left, and Chairwoman Donna Lane. Both are ending 12 year runs on the board.

MONROE, CT — Superintendent of Schools Joseph Kobza presented pewter plates to two longtime Board of Education members who chose not to seek reelection this week. Chairwoman Donna Lane and Vice Chairman George A. King III, who are both Republicans, served 12 years each.

“The combined 24 years is amazing,” Kobza said during Monday night’s board meeting. “Folks need to remember these are volunteer jobs. There is no salary here. It’s a lot of time that they’ve given up.”

Kobza said the pewter plates were a small token of appreciation for their years of service from the Monroe Board of Education and Monroe public schools, students, staff and families.

King was a member of the school board’s Policy Committee and Lane served on the Finance Committee and a number of different negotiation teams, according to Kobza. He said Lane was nominated as board chair and King as vice chair during the same meeting in 2015.

Of Lane, Kobza said, “she has a wealth of institutional knowledge of all areas of the Board of Ed and Monroe public schools that I know is gonna be greatly missed.”

King and Lane have one more meeting, before newly nominated members fill their seats.