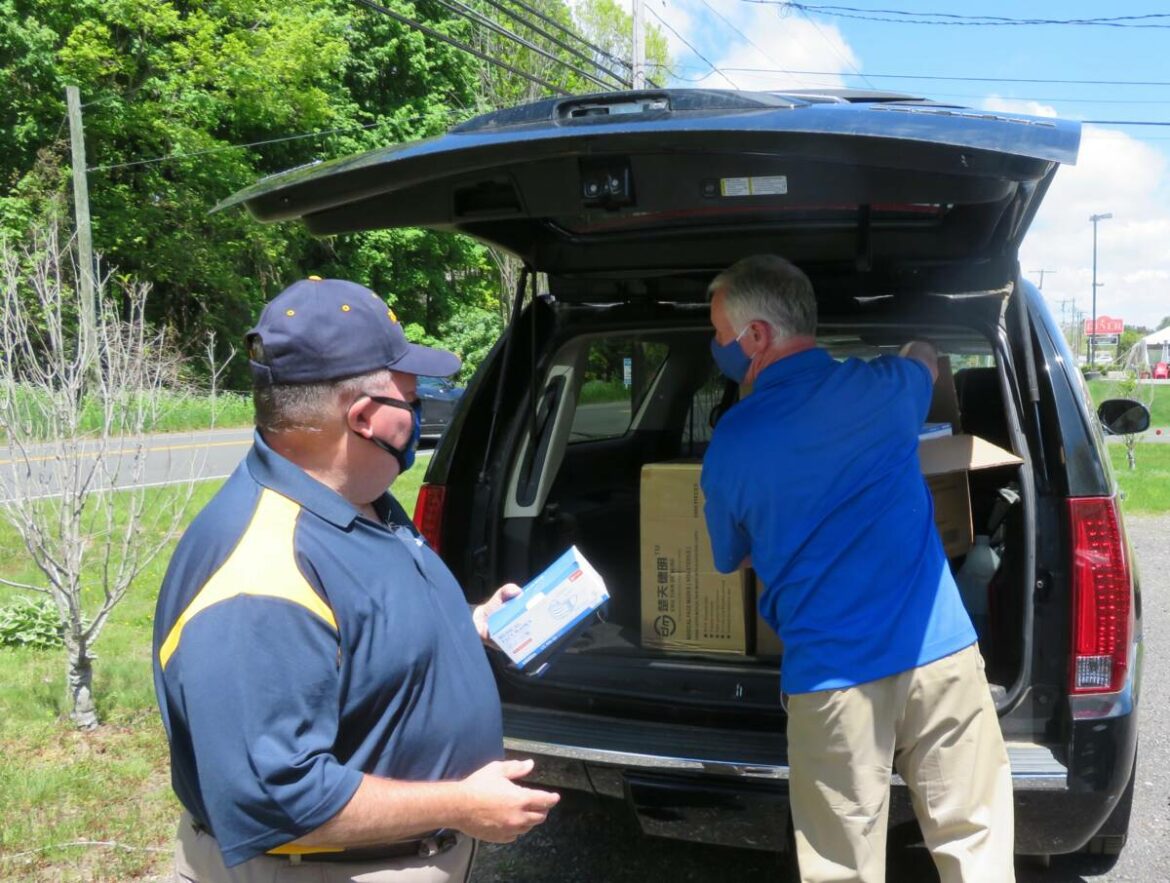 MONROE, CT — Yogesh Mehrotra, a longtime Monroe resident, worries about the well being of his family and friends, who are still living in India, a country overtaken by the COVID-19 pandemic. India is dealing with a shortage of oxygen, masks and even hospital beds, as the virus quickly spreads and the death toll soars passed 250,000.

A number of people in Mehrotra’s immediate family have been stricken with COVID and there have been losses among his circle of friends.

The first wave of COVID-19 hit metropolitan areas, where about one quarter of India’s population is, but Mehrotra said the second wave has spread to the villages.

“It was a tsunami with no warning,” he said. “The second wave, it just caught everyone unprepared. Even with all the chaos, the health care system in the big cities could handle it. But the villages don’t have any infrastructure, so their people are left to their own devices and prayers — and that’s heartbreaking.”

Mehrotra’s wife, Patrice, recently received a phone call from her friend, Veronica Condon, who was concerned over the situation and asked how her family was faring. 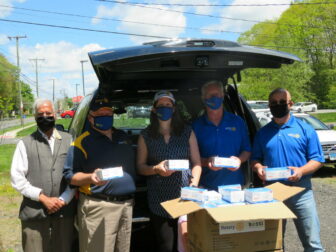 Mehrotra said personal protective equipment (PPE) is what is needed most, not money, so Veronica’s husband, Dennis, a former president of the Monroe Rotary Club, decided to organize his and other clubs to collect medical masks to be send to India.

Dr. Sujata Prasad of Yale New Haven Hospital, a close friend of Mehrotra’s, does charity work in India several times a year, so Mehrotra asked for her recommendation of where to send the masks.

Dr. Prasad recommended FXB India Suraksha, a nonprofit organization assisting marginalized children, women and communities in rural and urban India. It has a special focus on children, including victims of human trafficking and those with HIV.

She also recommended helping Uttam School for Girls in Ghaziabad.

Dennis Condon said the Monroe Rotary Club collected 4,000 masks, including 1,400 children’s masks which can be used for the three-to-four new kids taken in by FXB India Suraksha per day.

Because of COVID, Mehrotra said the adults who abuse those children cannot traffic them, so they have been dropping them off at the nonprofit.

The Newtown Rotary Club donated 3,400 masks and the Woodbridge Rotary Club pitched in with 2,000 more.

On Wednesday afternoon, Rotary members from Monroe and Newtown met in a parking lot at the corner of Main Street and Verna Road to load boxes of PPE into the back of Condon’s SUV.

“I think, moving forward, we definitely want to do more joint projects and collaborations with Monroe and other rotaries,” said Newtown Rotary President David Freedman, a former Parks and Recreation director for Monroe, who had been a member of the Monroe Rotary at the time.

“We always like to work across different clubs,” said Monroe Rotary President Katie Bailey. “We can always do more by working together. We could send 4,000 masks, but with them, we can send thousands more.”

“It’s amazing that small towns like Monroe and Newtown can get together and get masks over there,” Bailey added. “I really hope it helps them get through this and keeps people safe.”

Condon said he was inspired by the Million Mask Challenge, started by East Hampton, Conn., Rotarian Ted Rossi. A cargo ship carrying 800,000 face masks arrived at the Port of Boston on Sept. 29, and a network of Rotary Clubs delivered the masks to first responders, healthcare providers and frontline workers throughout New England over the next 14 days.

Fundraising by District 7980 brought in $500,000 during the first three months of the pandemic, which was used to support those impacted by COVID-19. And the Rossi Family Foundation donated an additional 200,000 masks to the cause, which was distributed to clubs across Connecticut, according to an article in Rotary Voices.

Then the district expanded the program, establishing the Million Mask Challenge Tour.

In Monroe, Condon said he told First Selectman Ken Kellogg and Superintendent of Schools Joseph Kobza he could get 1,000 more masks for the town and school district. But both told him they had enough PPE.

Condon said the masks are included in the shipment headed for India. Mehrotra, who is president of the Materials Technologies Corporation, will pay for the postage.

“As we expand our effort, we can send supplies to the two Rotary Clubs in Bangalore,” Mehrotra said. Of the shipment of masks from Rotary Clubs in Monroe, Newtown and Woodbridge, he said, “if these mask donations are able to prevent one case, it will be worth the effort.”