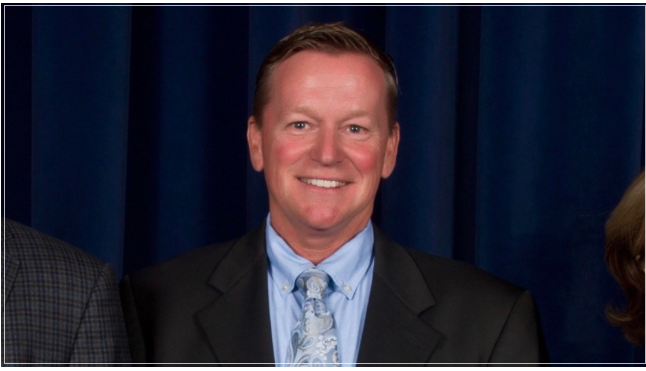 Tim Shaw, of Monroe, resigned as chief of the Easton Police Department to take the top in Stamford.

He arrived with plenty of experience. A graduate of the FBI National Academy and the Senior Management in Policing Executive Training, Shaw oversaw the investigative divisions, administrative divisions, and all civilian personnel in Stamford.

As of April 9, a few months shy of his fifth anniversary in Easton, Shaw, 53, returned to Stamford as its new police chief. Captain Richard Doyle, an Easton Police Department veteran who has devoted his entire career to serving the town, replaced him on April 6. Shaw said he will be available to help as needed in the transition.

When Shaw learned of the opportunity to return to Stamford and decided to apply for it late last year, things were very different. On Jan. 5, the World Health Organization WHO reported on pneumonia of an unknown cause in China. On March 11, The WHO characterized the COVID-19 outbreak as a pandemic. It has since transformed life as we know it across the globe, with the epicenter in New York City.

“The opportunity presented itself around the holidays to possibly go back to Stamford,” Shaw said. “It was being in the right place at the right time. I went through the process, and when Stamford appointed me, I made every push to make Captain Doyle Easton’s new chief for the continuity and because he deserves it. That made my decision a lot easier. I’m comfortable. I’m leaving the department in good hands.”

Richard J. Colangelo, Easton Police Commission chairman, was the newly appointed State’s Attorney for the Judicial District of Stamford/Norwalk when the commission hired Shaw in July 2015. On Jan. 31, Colangelo was sworn in as Chief State’s Attorney, Connecticut’s top law enforcement office. He continues to chair the Easton Police Commission and said he will continue for as long as the town wants him. His three-year appointment extends from July 1, 2018 to June 30, 2021.

“When Chief Shaw expressed an interest and interviewed for the position, we were excited to see what he could do and where he could take us,” Colangelo said. “He updated things that needed updating, addressed any morale issues the department might have had, and equipped the officers with equipment they needed. We’re sad to see him go but happy to see him continue his career in Stamford.”

Although Shaw left the large Stamford city police department for the small town department in rural Easton, he never had a honeymoon period. He was Easton’s new chief for only two weeks when he led the initial response to the double murder investigation of Jeffrey and Jeanette Navin, which led to the arrest and conviction of the victims’ son Kyle Navin and an accomplice.

During his time in Easton, Shaw has been recognized by the Connecticut Coalition against Domestic Violence as one of the “First 100 Plus Leaders” for his work to assist domestic violence victims. He is the chairman of the Opiate Response Team for the Connecticut Police Chiefs Association and authored an eighth-grade curriculum to be taught with high school seniors about the dangers of opiates and the transition from eighth  grade to high school.

Shaw testified in front of the Public Safety Commission to change the language in a dash camera grant. His testimony proved vital when the public act was changed and Easton was able to receive 100% reimbursement for new dash cameras.

He is also the state coordinator for the Project Lifesaver initiative, a bracelet technology to assist in locating individuals who wander from their home, such as people with Alzheimer’s disease and autism. Shaw received the Distinguished Chief’s Award on Sept. 26, 2018 from the Police Commission Association of Connecticut.

“I’m up for it,” Shaw said of his new job. “The only thing I would say is I hope the Easton community continues to support the police department like they supported me. I have nothing but good memories here. Easton is a tight-knit community where people really do take care of each other.”

He urged Easton residents to continue looking out for their neighbors and to stay home as COVID-19 continues its destructive spread.

“Even though I’m not here, we will all get through this together,” he said.

He and his wife, Nancy, who are Monroe residents, have been married for 27 years and have two children: Taylor, 23, and Ryan, 20.