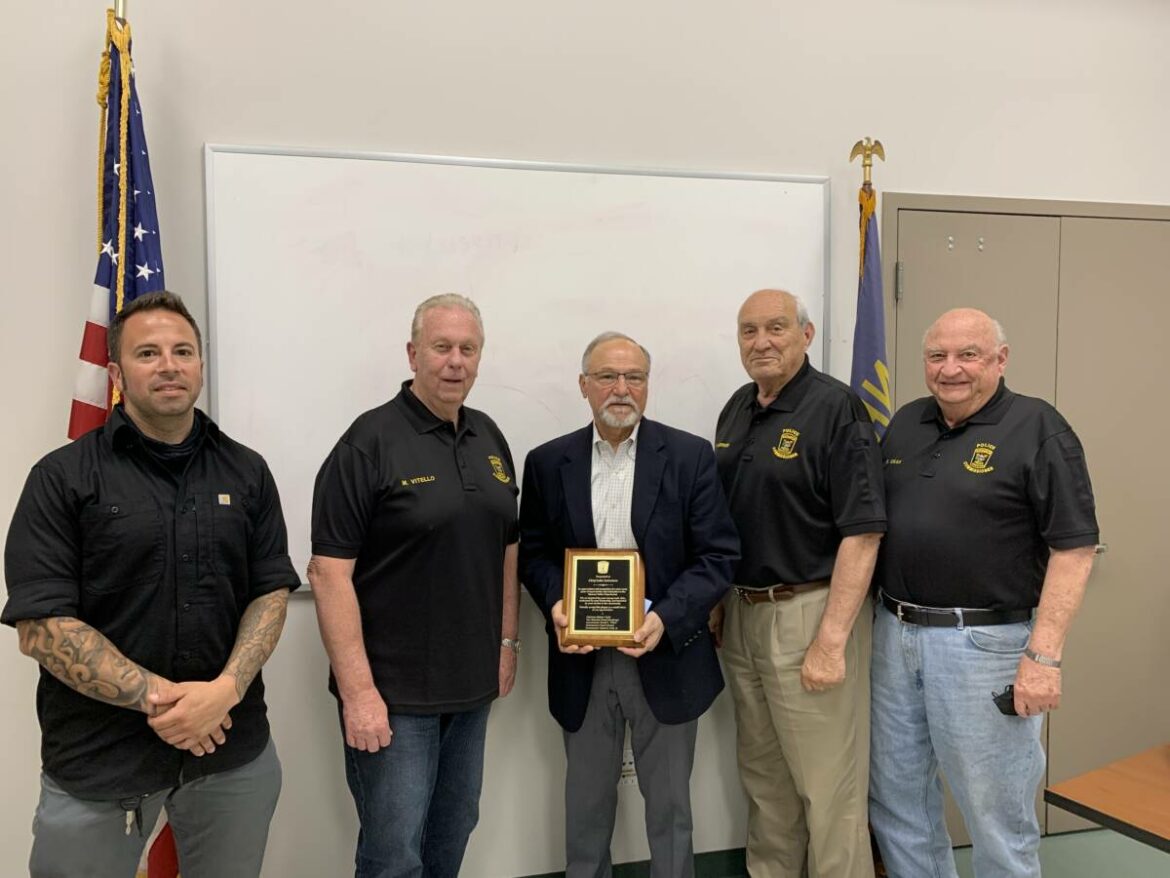 Salvatore, who retired on Feb. 25, accepted the honor during a short ceremony before the commission’s meeting Wednesday evening. The plaque reads:

Presented to Chief John Salvatore in appreciation and recognition for your many years of loyal service and dedication to the Monroe Police Department.

We are inspired by your strong work ethic, motivated by your leadership, and humbled by your service to the community.

Proudly accept this plaque as a small token of our appreciation.