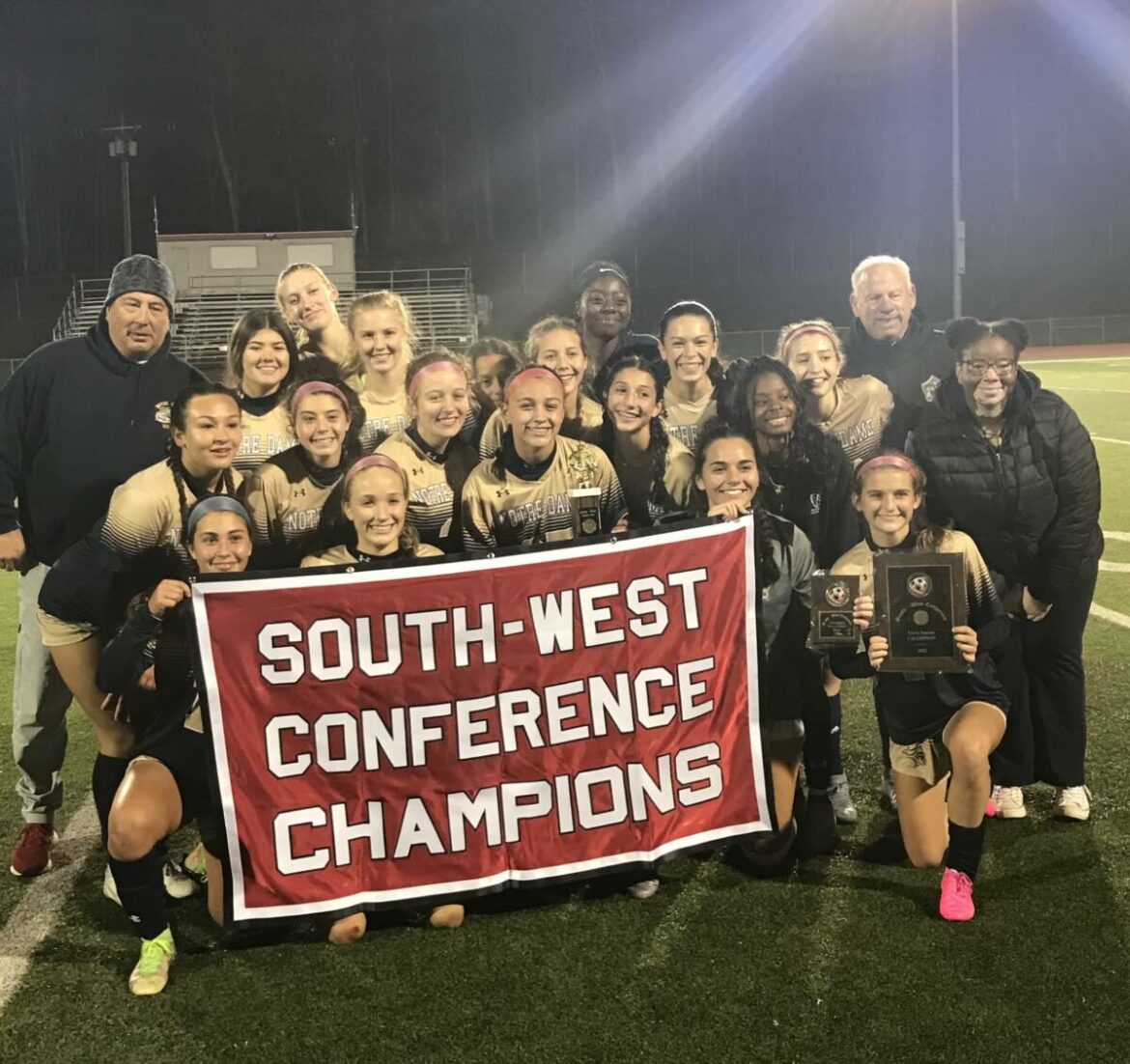 FAIRFIELD, CT – The Notre Dame girls soccer team won the SWC Championship last night in a hard fought battle against Brookfield High School. After 100 scoreless minutes, the Lancers secured a 3-1 victory in a penalty kick shoot-out, with goals scored by Sara Rieger ’24 of Ridgefield, Isabella Chimento ’24 of Norwalk and Veronica Rrapi ’24 of Monroe.

“Having come up short in the past, we’ve spent the entire season working toward this game,” said Sarah Lardi of Monroe, who is a junior. “Brookfield was a tough competitor and we knew it was going to be a challenge, so winning was an incredible feeling.”

For junior Veronica Rrapi, the championship title was not the only award received. During the trophy ceremony, the Notre Dame goaltender was also recognized as the tournament MVP.

“All the hard work we put in this season led to this moment, and I’m glad we made it happen,” Rrapi said.

As the Lancers set their sights on the state tournament, Coach Wayne Mones, of Trumbull, reflected on his team’s victory.

“My girls are fighters, so resilient,” Mones said. “They wanted a different result from last year’s upset in the SWC semi-final against Brookfield and set a goal of being the first Notre Dame team to win the SWC Championship. I couldn’t be prouder.”