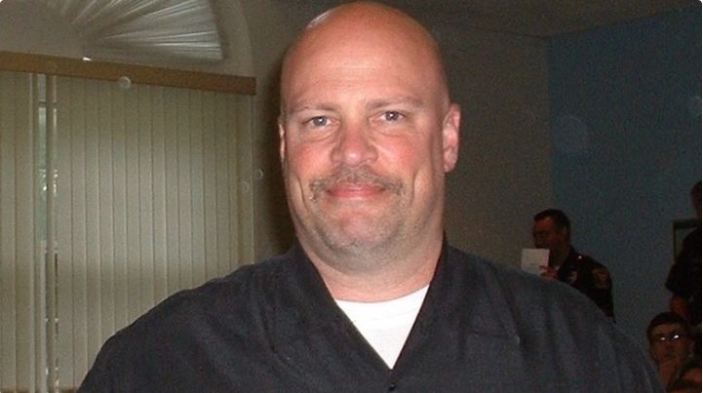 MONROE, Conn. — Andrew Wall, who served as a Monroe police officer for 22 years, before a bout with brain cancer led to his retirement two years ago, died on Wednesday night. Wall and his wife Lori lived in Sandy Hook and had a son named A.J.

Town Councilman Terry Rooney, the liaison to the Monroe Police Commission, broke the news at the end of a budget meeting at Town Hall Wednesday.

“I just received a text with some bad news,” Rooney said. “Retired police officer Andy Wall passed away. He fought brain cancer, survived it and it came back.”

Rooney asked for a moment of silence in honor of Wall.

“Andy served the town and department for 22 years. His engaging smile and energetic laugh were well known throughout the town. Andy’s difficult fight inspired many and he will truly be missed. Thank you to all who offered well wishes and support to Andy throughout his fight and please keep his family and friends in your thoughts. Rest in Peace #25! 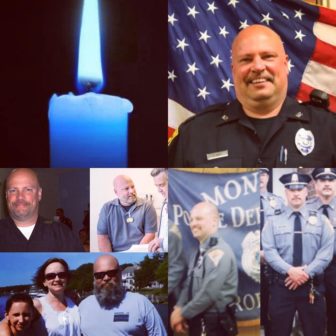 The Monroe CT Police Union Facebook page ran a post reading, “Officer Andrew Wall, Bdg 25, passed away with his family at his side battling cancer. RIP Andy… 1964-2020. You brought a smile to everyone’s face. It was an honor to have served with you.”

Wall was diagnosed with terminal stage four Glioblastoma brain cancer in September of 2015, sparking support in the community for he and his family. A GoFundMe page raised $3,350 worth of donations.

Wall’s cancer went into remission in 2017.