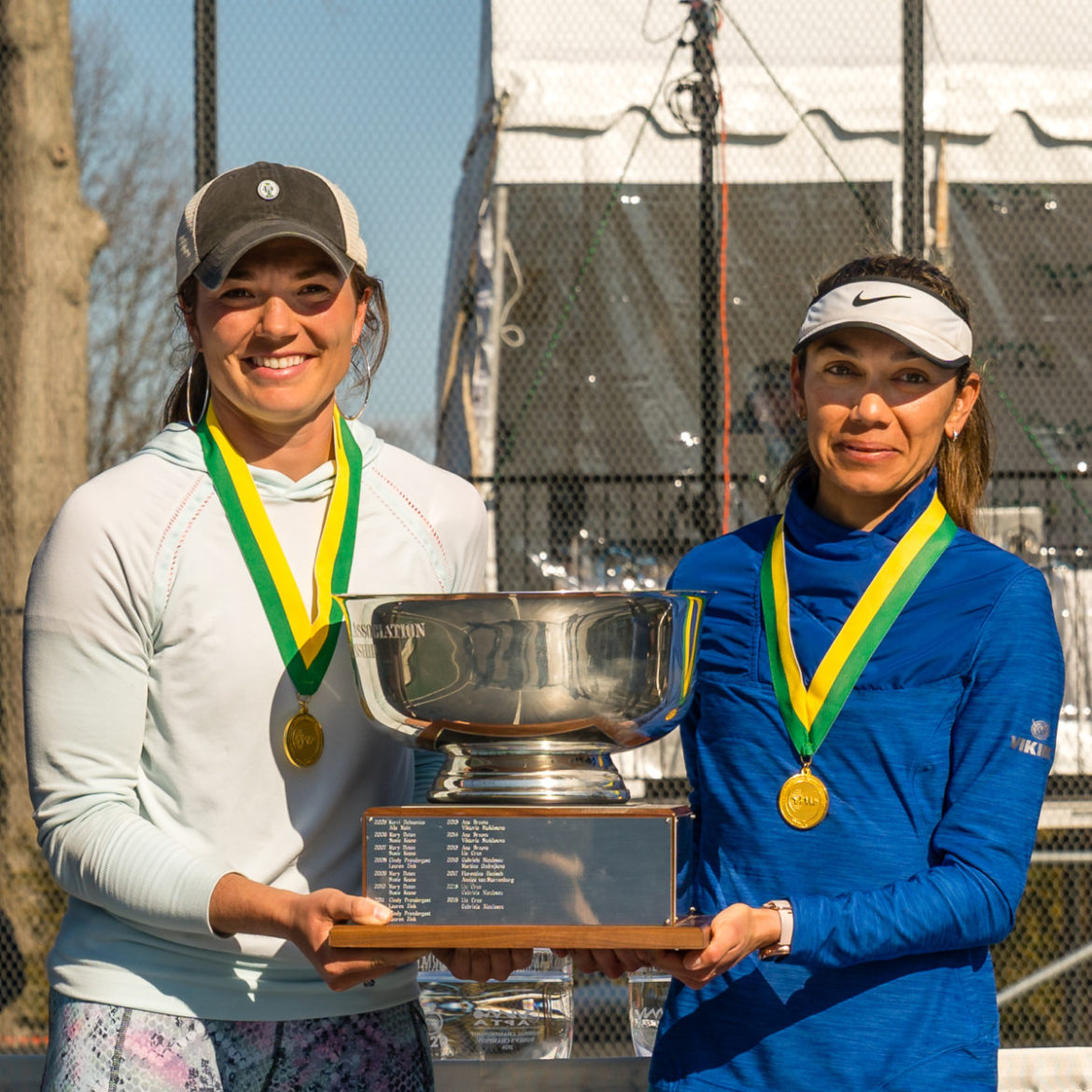 MONROE, Conn. — Marcela Rodezno grew up in El Salvador, where she was the top ranked female tennis player in both singles and doubles in her home country, as well as  all of Central America and the Caribbean.

The game was played at the Country Club of Darien on Sunday, March 8.

“We couldn’t believe it,” Rodezno said. “We wanted to win. We just knew we had to be mentally strong, have fun and do our best. Macie said, ‘Marcela, let’s just relax, play our game and put on a show for these people. One game led to a set. One set led to a match.”

Rodezno is a Monroe resident of nearly seven years. She and her husband, Ionut Hurduc, have two children, Sebastian, 6, and Isabella, 4.

Rodezno, the head tennis professional at the Patterson Club in Fairfield, has taught tennis and platform tennis at several clubs in Trumbull, Weston and Norwalk.

She had stopped playing on and off during her two pregnancies over the years, but Rodezno has been playing competitive tennis of late and enjoys platform tennis, which can be played year-round.

“It’s a very good excuse to be out in the winter,” she said. “It’s a more social sport than tennis and it’s a lot of fun. It makes the winter go by faster.”

Platform tennis is played with paddles on a small tennis court inside a chicken-wire fence. It uses the same scoring system as regular tennis, but you can hit the ball after it hits the screen, according to Rodezno.

“If it hits the screen, you have to hit it before it bounces,” she explained. “One of the harder things to get used to is the screens. As a tennis player, you’re used to going to the ball. In platform you’re running to the place where the ball will be. You have to go softer with more spins when you hit the ball.”

Another difference is a player only has one attempt per serve, so if she hits the ball out of bounds, she does not get a second chance and her opponent scores.

This has the effect of less aces, when a server scores by slamming the ball really hard on the first serve attempt so it cannot be returned, because the server knows if the ball goes out of bounds she will not get the second attempt.

“You don’t go for too much power on the serve,” Rodezno said. “It’s more for getting it in and placement. If they use power, you can let it go to the screens and hit it after. You have to be more patient. Get the ball in and use strategies.”

Rodezno was doubles partners with her friend Liz Cruz in 2015 and they won a couple of national tournaments together, earning the No. 4 ranking. But when Cruz got pregnant, they stopped playing for a while and lost their ranking.

“Last year, if you were not in the top 18 in the country, you qualified for a tournament called the President’s Cup,” Rodezno said. “That is played by regions: California, New York and Connecticut-Boston.”

Region 2 is Connecticut and Boston and the team captain paired Rodezno with Elliott. The duo went on to win the Cup. It was the first time Region 2 won the tournament since 1990.

“We went to Chicago to play in one of the Grand Prix tournaments,” Rodezno said. “We joked we were a ghost, because no one knew us as a team. We had no ranking.”

But they made it to the semifinals and when the tournament was over, they were ranked No. 50.

Then Rodezno and Elliott got on a roll, making it to the semifinals in the Long Island Invitational in December, rising to No. 21, and winning the Lagunitas Open in California in January, advancing to 10th.

They almost won the Philly Open, battling their way to the finals, before falling short. Along the way, Rodezno and Elliott knocked off the No. 4 doubles team in the quarterfinals and the No. 1 ranked pair in the semifinals.

The impressive showing improved their ranking to eighth. “Once you get to 10, it’s very difficult to move,” Rodezno said of rising through the ranks.

By the time, Rodezno and Elliott got to the Nationals, they were ranked 6th in the country.

A game of errors 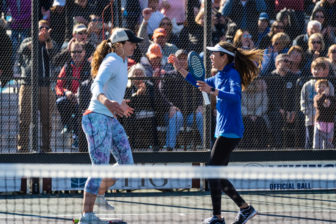 Macie Elliott, left, and Marcela Rodezno celebrate during their victory in the APTA’s National Championships. Photo by Katharine Calderwood

The outcome of platform tennis matches often comes down to which side makes the fewest mistakes, according to Rodezno. She said that’s what cost her and Elliott during a close match in the finals in Philadelphia.

“We had too many unforced errors in the key points,” Rodezno said.

During the APTA Women’s National Championships at Country Club of Darien on March 8, she said they stressed being patient and waiting for the right opportunity to drive the ball.

Of facing No. 1 seeds Florentina Hanisch and Annica Cooper in the finals, Rodezno said, “we didn’t have any pressure. They were favored to win. They were number one in the country.”

The duo also had home court advantage. Elliott works at the Country Club of Darien, so supporters from there and the Patterson Club came out to cheer her and Rodenzo on to victory.

“That kept us going,” Rodezno said. “Just the feeling of winning at home felt very nice. I am very thankful to all of the people who supported us from the beginning of the tournament all the way to the end: members of my club, the Patterson Club, and Macie’s club, Country Club of Darien, to my family, friends and my sponsor, Viking.”