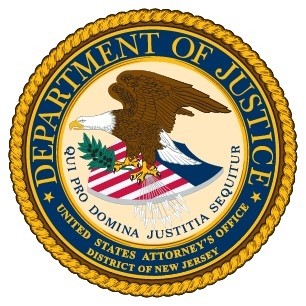 NEWARK, N.J. – A Connecticut man admitted his role in a murder for hire scheme in which a New Jersey-based political consultant paid him and another man to kill a longtime associate, U.S. Attorney Philip R. Sellinger announced Thursday.

George Bratsenis, 73, of Monroe, pleaded guilty by videoconference before U.S. District Judge John Michael Vazquez to an information charging him with one count of conspiracy to commit murder for hire. Bratsenis’ conspirators – Sean Caddle and Bomani Africa – previously pleaded guilty before Judge Vazquez to their roles in the murder scheme.

“Eight years ago, these three individuals – Caddle, Bratsenis, and Africa – conspired to brutally murder the victim,” U.S. Attorney Sellinger said. “At Caddle’s direction, Bratsenis and Africa stabbed the victim to death in the victim’s apartment, and then set it ablaze. These guilty pleas bring a measure of justice to the victim’s memory and for his family. I commend the efforts of the FBI, the Hudson County Prosecutor’s Office, and my Office for their determination over many years to bring this matter to resolution.”

According to published reports, the victim was Michael Galdieri, who was active in New Jersey politics.

“This defendant conspired in the ultimate crime – murder for money,” FBI Newark Special Agent in Charge George M. Crouch Jr. said. “Those who devalue life – whether out of greed or animus – need to know that the FBI is dedicated to keeping our citizens safe, and nothing will stop us from accomplishing that mission. When you break the law, you will be brought to justice no matter how long it takes.”

According to documents filed in this case and statements made in court:

In April of 2014, Caddle solicited Bratsenis to commit a murder on Caddle’s behalf in exchange for thousands of dollars. Bratsenis recruited Africa, a longtime accomplice from Philadelphia, to join the plot. After Bratsenis confirmed his and Africa’s interest in the job, Caddle told Bratsenis that the target was a longtime associate who had worked for Caddle on various political campaigns.

Bratsenis faces a maximum potential penalty of life imprisonment and a $250,000 fine. Sentencing is scheduled for Aug. 2, 2022.

U.S. Attorney Sellinger credited special agents of the FBI, under the direction of Special Agent in Charge Crouch in Newark, with the investigation leading to today’s guilty plea. He also thanked the Hudson County Prosecutor’s Office for its assistance.